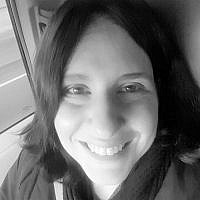 The Blogs
Miriam S. D. Berger
Apply for a Blog
Please note that the posts on The Blogs are contributed by third parties. The opinions, facts and any media content in them are presented solely by the authors, and neither The Times of Israel nor its partners assume any responsibility for them. Please contact us in case of abuse. In case of abuse,
Report this post. 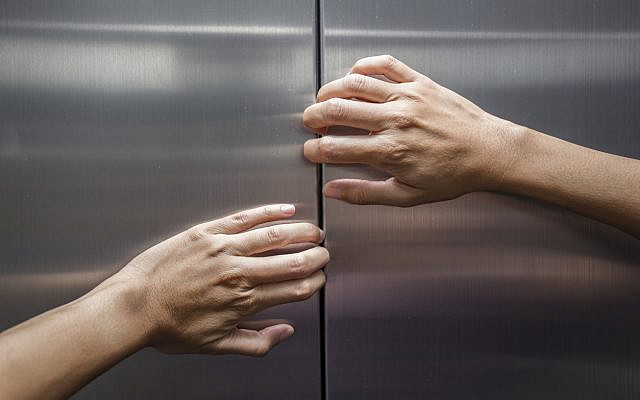 On February 22, 2019, I attempted to have an MRI (routine matter, don’t worry about that). I was lying there humming to myself, half asleep, when, without warning, I did not exist. In my place was a feral beast in a cage. The beast was screaming, thrashing, banging, kicking, until the techs noticed and pulled it out (I knew about the panic button, but the beast did not). Then I was back, only it wasn’t me. Something was different. This became clear when I went to a different part of the hospital, noticed that I couldn’t see an exit, the cage appeared, and the beast ran like hell until I found myself outside. I had never before been claustrophobic in my life. Ever.

That was Friday. All weekend long, I read everything I could find. I did breathing exercises. I learned techniques and I practiced them. I would have to go to work on Monday, which meant riding the bus from New Jersey to Manhattan, and then taking the subway; I was scared. I could feel that something was different, and it wasn’t going away.

On Monday, I got on my usual bus, put on a video, and tried to use my techniques. After 10 minutes, I remembered: we would be going through the Lincoln Tunnel. The techniques disappeared, I disappeared, and the beast was at the front of the bus demanding to be let off. The bus pulled over on the side of the highway. The police and an ambulance came. Another bus came to take everyone else. I refused to get into the ambulance unless they left the doors open. I begged for sedation. Eventually, the wonderful volunteers with the Teaneck Volunteer Ambulance Corps calmed me and took me home, while the beast screamed under my skin. And I knew I had a serious problem.

The next days, weeks, and months taught me things about human beings that I had never known. That we are, truly, animals. That we are controlled by fight-flight. That it is possible to be at the mercy of forces that are stronger than everything we know. I could not go on highways. I could not enter buildings that I had been in a thousand times. I had to sleep with my bedroom door and windows open. Again and again, the beast woke me in the night and demanded to be let outside. The thought of taking an elevator was a joke. The subway and the Lincoln Tunnel, of course, were jokes.

I got medication that didn’t really work. I found a therapist who ended up not being the right fit. But on my own, and with the help of the internet, my husband, Gedalyah, and very patient relatives, slowly, I made it back onto the highway. One exit, two exits. More. I found another therapist. I couldn’t cross the George Washington Bridge into Manhattan. Then I did. The therapist helped. I couldn’t take cabs (I didn’t trust strange drivers). Then I did. I couldn’t enter my office building, couldn’t get upstairs, couldn’t sit at my desk. Then I did. Then I didn’t. Then I did.

There were budget cuts and I was laid off, so I had more time. I went to a nearby hotel and rode the elevators. I fled. I came back. I fled again. I texted my therapist. I came back. Higher and higher, practicing for job interviews that would be on high floors. The beast appeared, but, most of the time, the enemy I fought was this terrible new version of myself, which screamed and ran, while I tried to explain that there was nothing to run from. It didn’t work. I ran. Then I came back.

Another time, I drove into an underground parking garage, and suddenly found myself outside, after the beast had rocketed out of the car and fled. I waited and went back in. Another day, I stood outside a subway station for half an hour and stared down the stairs. I went down. I fled back up. Down. Waited. Texted my therapist and my family. Further down. On the platform. Fled. Etc. Came back another day. On the platform. Laid my hand on a subway car when it stopped. Looked inside. Did it again. Watched one after the other go by. Another day, I got on. One stop. Fled. Came back. Two stops. Same approach with the Jitney (a small bus that goes over the George Washington Bridge). I stood and watched them go by. I touched one. I looked inside, to the bewilderment of the driver. The next day I got on. One stop. Two. I fled. Then I stayed on.

I started a new job in June, and by a miracle, I was able to take the subway, in fits and starts, all the way from 175th St. to 23rd. Sometimes I fled. Sometimes the train would stop briefly between stations — deep inside the tunnel — and thank God would start moving again just as the beast was ready to bang on the door. (Since we were underground, this would not have been effective.) Sometimes it took hours. Sometimes, the beast shoved its way out when the doors opened and ran up the stairs and outside. Once I had to walk 20 blocks before I could go back down. But I went.

Then it didn’t take hours. Then there was no beast, only the new me sometimes needing to run. So I ran. And I came back. It’s been almost a year since the MRI, and this is still going on. But I get there. A few months ago, I got better medication, and sometimes I can even take the express, which goes a very long stretch between stops. A few times, I have done it without medication.

There have been so many other things, such as when I couldn’t continue on our rafting trip over the summer (the beast did not like the overhanging trees or the river’s current), and the rental place had to send someone to rescue me while my family went on. You don’t see that in my social media vacation pictures.

From the first day, alongside my shock and my fear of the beast, I raged in fury. WHY was this happening to me? Where had it come from? Why wasn’t it going away as suddenly as it came? I knew there was no danger. Why didn’t that matter?

Without question, what plagued me the most was the thought that I would never be able to take a plane. I can get off the subway at the next stop. I can demand to be let off the bus. I can flee a meeting and run outside. But there is no getting off a plane. And so there would be no plane. My family did not go to my parents’ home in St. Louis for Pesach or Sukkot. I lived in terror that something would God forbid happen to one of my parents, and I wouldn’t be able to get there for the 15+ hours it would take to drive. There are no words to describe that feeling. And of course, one can’t drive to Israel. 10-12 hours, mostly over an ocean? I would never see home again.

But last month, something happened. As usual, I took my new, better drugs — and this time, something changed. All this time, there had been no such thing as logic. No matter what I knew, no matter what was obvious and clear, the cage kept it at bay. But suddenly, logic had meaning. I was thinking to myself “So what if the subway doors don’t open? They’ll open in a minute, and even if they don’t, so what? They’ll open soon.” I had repeated those words a thousand times and they were worthless. But suddenly, they weren’t. I heard them. And for the very first time, I felt it — there might be a path through the walls. 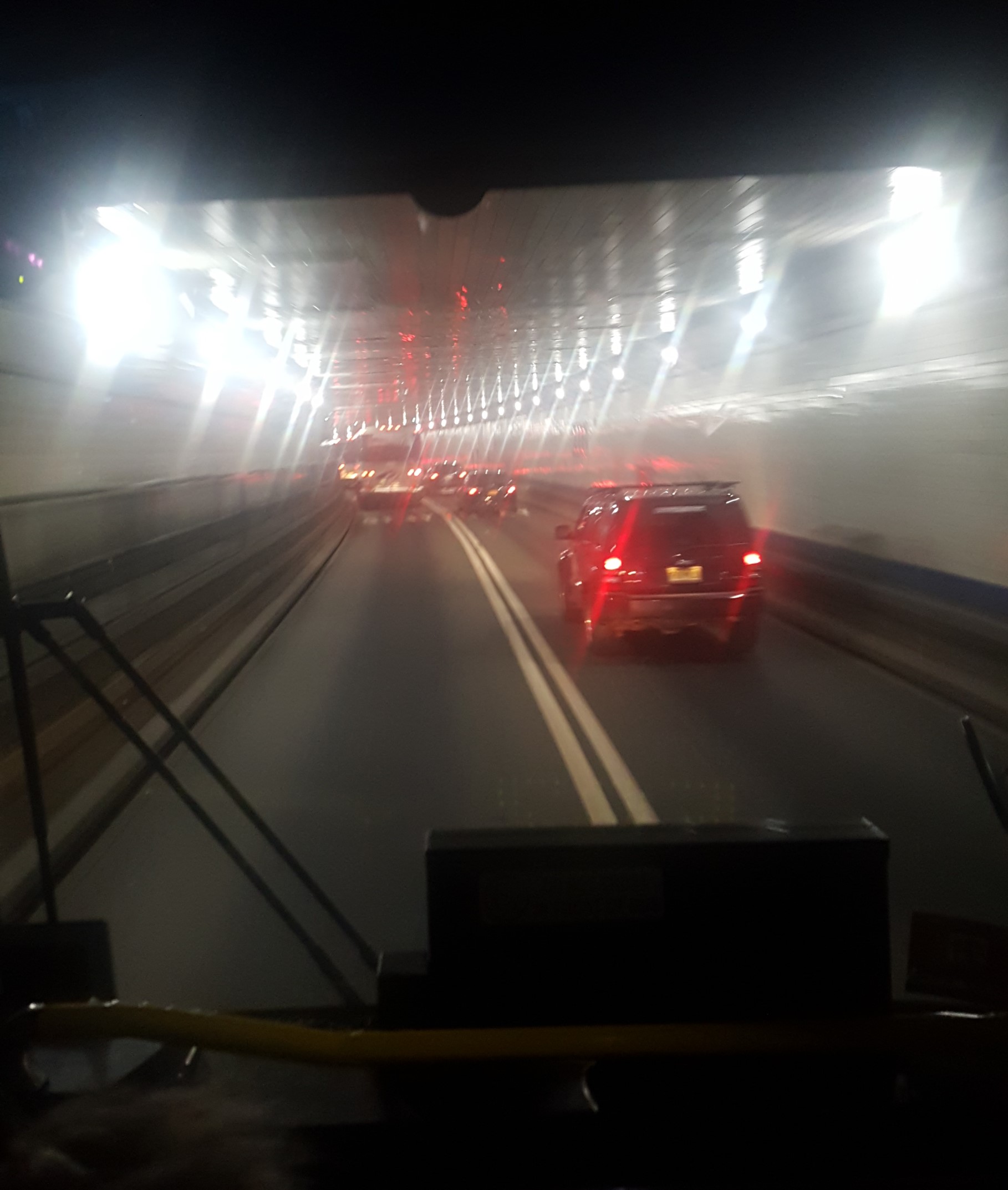 Driving through the Lincoln Tunnel. (courtesy) 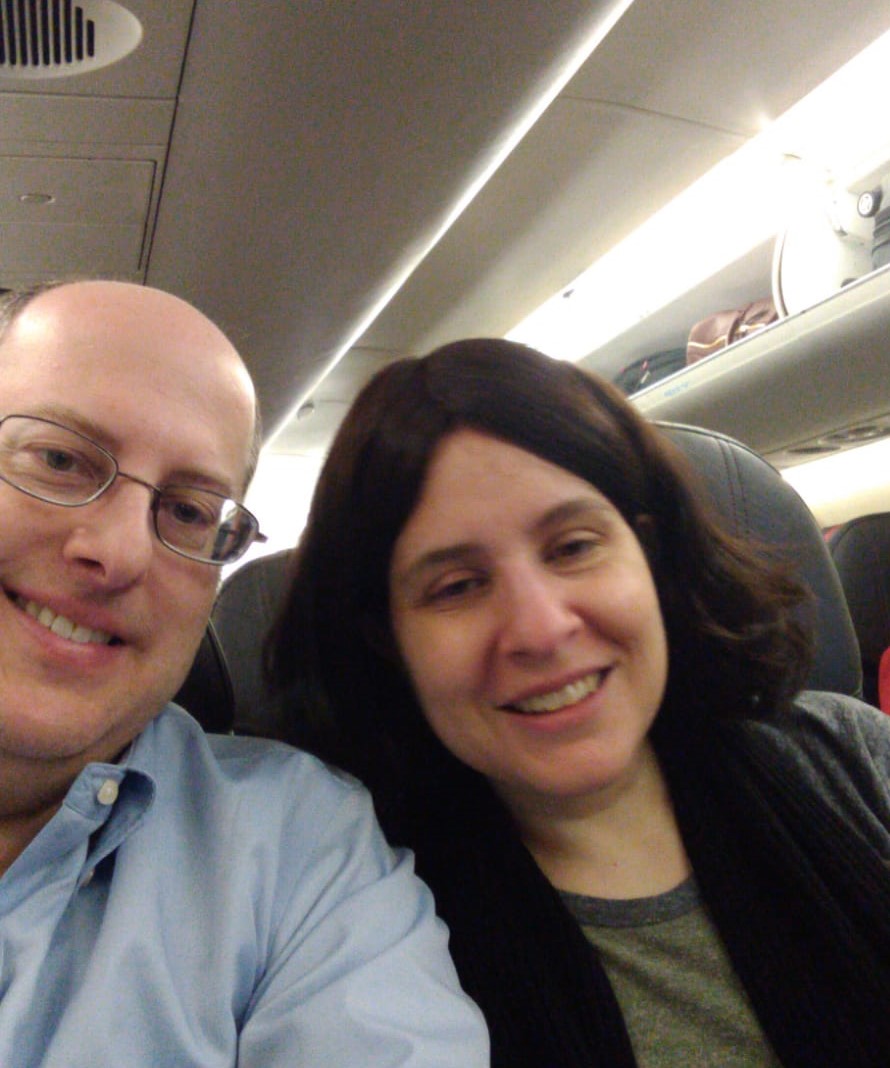 On the plane to St. Louis. (courtesy)

I realized that if I was waiting to feel “ready” before I took a plane, I could be waiting forever. So we booked tickets for Martin Luther King Day, and (with my doctor’s guidance!) I swallowed enough pills to stun an ox, and I broke down sobbing in the airport, and I almost turned and ran off the jetway, and when the aisle was blocked by people, I was afraid the beast would appear, but it didn’t. I got off the plane in St. Louis and cried, and only partly because I was stoned.

I will never be cured. I have learned that this is not a linear process. I have had terrible attacks in places (elevators, subways, doctors’ offices) that I thought were in the past. That strange version of myself is still here, and the beast might appear too. I don’t even want to think about Israel. Not yet. But I flew to St. Louis, and I flew back, and if ever there was an ordeal that was as unexpected and sudden and brutal and terribly unfair as it was life-altering and horrible, this certainly qualifies. Still, maybe, despite the uphill battle, maybe I have my freedom back.

For the sake of the countless others who are suffering similar things, I must toe the mental illness line. These things are real. So, so real. They make no sense, but they exist, and they are really, truly, not in our control. I cannot describe what happened to me in the MRI machine. I was not “scared.” I did not feel “trapped.” It cannot be compared to any relatable human experience. I did not go through a thought process or make a decision. I simply transformed into a mass of primal instinct. On the bus, I did not consider whether demanding to get off and inconveniencing all those people and missing a very important meeting was really what I wanted. I did not get to decide. It does not work that way. Again: there is such a thing as forces that are stronger than everything you know. I never once thought I was in real danger, not in the subway or the garage or even the Lincoln Tunnel, and yet my reactions ruled. And you don’t know who is suffering. You don’t know who is fighting terrible battles that are overwhelming and make no sense. So I hope I can open your mind.

I made it to St. Louis. I will try to again. 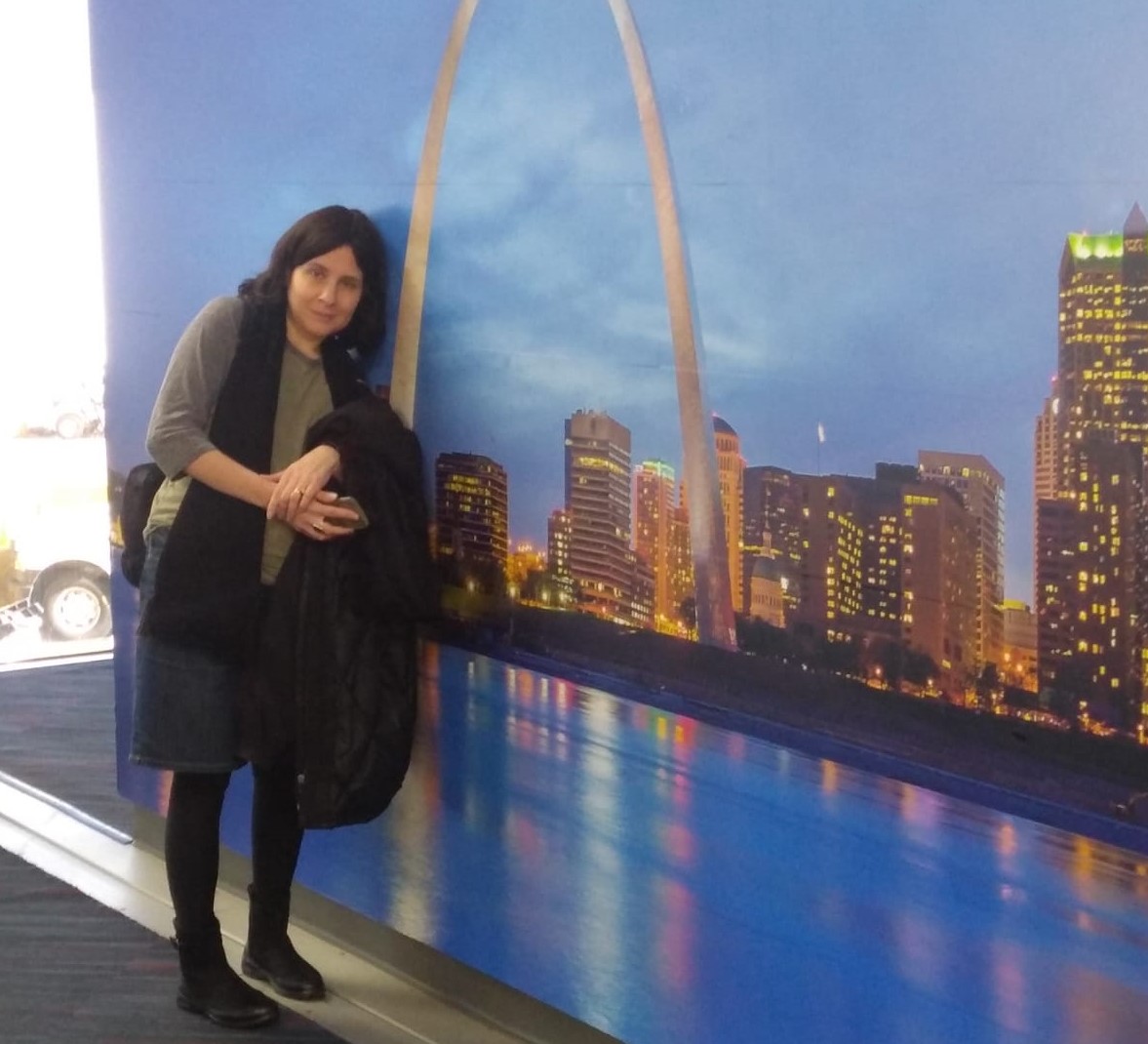 In the St. Louis airport, having made it there, to my great relief. (courtesy)

About the Author
Miriam Berger is a professional writer. She lives in Teaneck, New Jersey with her family.
Related Topics
Related Posts
Comments