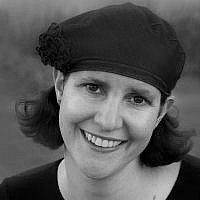 The Blogs
Sara Hurwitz
Apply for a Blog
Advertisement
Please note that the posts on The Blogs are contributed by third parties. The opinions, facts and any media content in them are presented solely by the authors, and neither The Times of Israel nor its partners assume any responsibility for them. Please contact us in case of abuse. In case of abuse,
Report this post.

Chaim Walder was not a member of my community. I followed the story closely, appalled, like many, at the destruction and pain that his actions caused. I assume that it was not my place to speak out, leaving it to others who were directly affected to do so. Then, this past week, a woman from the Modern Orthodox community reached out under the pseudonym “Tali,” expressing disappointment that leaders from her community were silent.

You might not realize it, but every time there is a high-profile case, victims and survivors are watching you, looking for your response.  We are evaluating whether your community – our community – is a safe place to report what we have never reported before. To share what has been silenced over a period of years.

I did speak out from the pulpit, and inspired by Tali, I want to add my words.

Victims are often not the focus of the story. Even in the story of Dina, the narrative shifts to everyone’s reactions. In one brief verse the Torah says that Shechem “took her and lay with her by force.” (Genesis 34:2). But then, the story is concerned with the aftermath. Yaacov, her father’s silence. Her brothers, Shimon’s and Levi’s zealous and violent behavior. Although the Torah itself critizices Dina’s brothers’ violent behavior, murdering the people of Shechem, they are the only ones who defend the victim.

Like a zonah, a prostitute, he will make our sister.

The sentence structure is twisted all around, just so that the final word can be “our sister.” They were not concerned by the public; the surrounding nations, and what they would think of their family. Their focus was on the victim. On their sister. Yaakov on the other hand, is concerned about what the surrounding nations will think of him. He is angry at his sons, saying  עֲכַרְתֶּ֣ם אֹתִי֒ , you have brought “troubles upon me, making me odious among the inhabitants of the land.​​” Yaakov is focused on what they will do to his “house.” He is more concerned with his own safety and, even more so, his own reputation than defending his daughter.

But why would Shimon and Levi describe their sister as a zonah?  Rashi seems equally disturbed and offers a confounding interpretation that I want to unpack.  He reinterprets the word zonah not as a prostitute but as hefker or abandoned.

Meaning, as understood by the Siftei Chachamim, Shechem treated her as if she was property that was hefker – ownerless and abandoned.

Perhaps then, what Shimon and Levi are saying is that when we are silent, when we don’t come to the defense of victims, of our brothers and sisters, we abandon them.

The concept of hefker has multidimensional halakhic and colloquial uses, often used when an object or property becomes abandoned or ownerless. Perhaps then, what Shimon and Levi are saying is that when we are silent, when we don’t come to the defense of victims, of our brothers and sisters, we abandon them. They are hefker in the sense that no one in the community will take responsibility for their well being. It is like the declaration that we make every Passover, after we perform search for chametz, we declare:

All chametz and leaven that may be in my domain which I have not seen and which I have not destroyed or whose existence I have no knowledge of, shall be nullified and be deemed null and disowned and deemed valueless like the dust of the earth.

How can we deem our sister valueless and like dust of the earth?

But there is another side of hefker. Halakhically, once something is deemed hefker, it is not meant to be ignored and devalued. The goal is that the object becomes the responsibility of someone else, who must ensure that the object or property is claimed, either by the original owner or through providing a new home. And that is what Shimon and Levi are demanding. We must not leave her abandoned. It is up to us, her family, her community, to take responsibility. If she remained in a state of hefker, we would be able to turn away from her, as if she was merely dust of the earth. But by claiming her as one of us, as “our sister” we are helping to also claim back her value, declaring to the world that she is no hefker, no longer valueless. She must become our responsibility.

Sometimes, there isn’t even an action step other than looking directly in her eyes and saying, “I believe you. I am sorry that happened to you. I am here if you need support.”

And so must victims of abuse become our responsibility. And I get it. Supporting victims is not a simple task, after all, “there are two sides to every story.”  While that may be true, when a victim does speak out, we have a communal obligation to listen. Too many people remain silent out of fear that we – be it leaders or bystanders – will not believe the victim. As leaders we have the opportunity to signal that we do stand with victims, through writing or speaking about abuse from the pulpit; we can create clear reporting policies so victims know what to do when abuse occurs; we can provide training on how to recognize abuse, and how to report. There may be times when we will need the courage to proactively reach out when we see signs that something may be wrong.  Not all victims of abuse will seek out help – some will suffer in silence, unable or unwilling to find help. We are morally responsible to help and we need to create a community of intolerance towards any kind of abuse.

In my rabbinate, I have learned that there are times when there is nothing I can actually do. Of course, if it is a case that is mandated to be reported or a woman (or person of any gender) is in danger, there are clear protocols to follow. But other times, she just wants us to see her and hear her. Perhaps the victim has chosen not to go public out of fear of disrupting their or their family’s lives. (This feeling is often amplified if the victim is already a parent and doesn’t want to disrupt their children’s lives.) Perhaps they are not ready to face the pain and humiliation that may be inevitable. Sometimes, there isn’t even an action step other than looking directly in her eyes and saying, “I believe you. I am sorry that happened to you. I am here if you need support.”

Walder’s victims want to know that we care. When we speak out, we signal to others that there is a safe person who will listen to their story and who will help them on the path towards healing. Our world could use more of Shimon’s and Levi’s courage.

Dina was silent. She didn’t have the words to express her trauma. Yaakov was silent.  He was too concerned about what others would say and think. Shimon and Levi made a strong statement – this kind of abuse and behavior will not be tolerated. Our sister will not be abandoned. Chaim Walder’s victims need us to come to their defense. To not remain silent. We cannot abandon these victims. They are not hefker.

About the Author
Rabba Sara Hurwitz, Co-Founder and President of Maharat, the first institution to ordain Orthodox women as clergy, also serves on the Rabbinic staff at the Hebrew Institute of Riverdale.
Related Topics
Related Posts
Comments