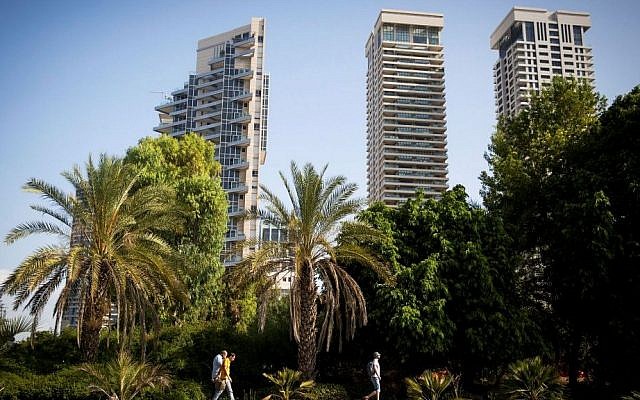 Earlier this week a blog by Joel Sonreir under the title “A Problem in Delaware May Impact Workers in Tel Aviv” presented a view of a court case there that gave the reader a wrong impression of the issue at hand as it affects the company’s workers in Israel.

As Delaware’s representative in Israel, permit me to set the facts straight about the TransPerfect company case.

The information on which the blog is based seems to emanate from a group called Citizens for a Pro-Business Delaware – although it’s not clear that any members of that group are actually Delaware citizens. Their message, however, is clear: unless the General Assembly forbids the state’s judges from directing this company to be sold, Delaware’s incorporation revenues will dry up, local taxes will go up, schools won’t be funded, etc.

Because the TransPerfect case involves Delaware’s corporate laws, several people have assumed that group’s ad campaign identifies a serious problem for Delaware. My legal contacts there maintain that it does not and, by extension, also does not impact workers in Tel Aviv.

Of course, sometimes the participants in Delaware’s corporate law system – the courts, the General Assembly, and Delaware’s corporate lawyers – do things that do cause concern among Delaware businesses and their advisers.  But the ruling directing the sale of TransPerfect isn’t one of them.  Most lawyers and law professors throughout the U.S. and beyond do not seem to have any concern about the TransPerfect case; in fact, very few of them seem to have even heard about it.

There’s a reason for that lack of attention: the TransPerfect case isn’t and shouldn’t be controversial, based on the facts as determined by the Chancellor of Delaware’s world-renowned Court of Chancery.  When two equal owners of a company systematically try to undermine each other’s management of the company, resulting in declining employee morale and losing employees and customers alike – and this is the situation the court observed – it is time for those business owners to get a divorce, for the sake of the business and all those who benefit from it.  And when those owners are incapable of working things out on their own, Delaware’s statutes enable the Court of Chancery to step in and grant a divorce.

If and when that divorce happens, either side will be free to buy out the other; what matters is who’s willing to make the biggest investment to keep the company going.  Either way, if TransPerfect really is a valuable company because of its employees’ efforts and talents, then it would be irrational for any buyer to fire the very employees who make the company profitable, whether they are in the U.S., Israel or anywhere else in the world.

So no one in Delaware seems convinced that the Court of Chancery has made a mistake in this case.  On the contrary, most legal minds there prefer to support the state’s statutes that give the court the flexibility to use its discretion in matters like this. Of course one can always choose to consider whether additional statutory guidance to the court would be useful.

What does not make sense – and what would do real damage to the state’s well-deserved reputation for stable, predictable corporate law – would be for the General Assembly to advertise its willingness to become a “super” court of appeals to oversee any court decision that some well-heeled litigant willing to finance a public relations campaign wants to overturn.

Given the outstanding legal history of Delaware, a state where 97% of Israeli companies register in the U.S., it would seem prudent for the state’s General Assembly to remain true to its long tradition of supporting the Court’s position in ruling on the interpretation of corporate law.  If the Court of Chancery has made a mistake, the Delaware Supreme Court can correct it in the appeal that is currently pending.