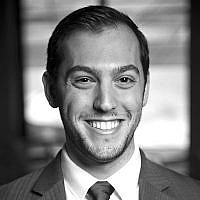 The Blogs
Jeremy Markiz
Rabbi-ing in Pittsburgh
Apply for a Blog
Advertisement
Please note that the posts on The Blogs are contributed by third parties. The opinions, facts and any media content in them are presented solely by the authors, and neither The Times of Israel nor its partners assume any responsibility for them. Please contact us in case of abuse. In case of abuse,
Report this post.

In our time, it has become easier to marginalize opinions and people we disagree with. We read different newspapers, we watch different television, and we barely communicate with each other on subjects of which we disagree.

I have spent an eye opening, challenging, and affirming week and a half in Israel. For the past eighteen months, I have been fortunate to participate in the Leffell Fellowship for Rabbinical Students with AIPAC. As a part of the program, we come to Israel to ask questions. We hear from speakers who represent the spectrum of political and religious positions. From those who believe we should unilaterally pull out of the settlements in the West Bank to those who only call them communities in Judea and Samaria.

Throughout our week-long trip we did what we know how to do best, we asked questions. More than that, we desired nuance.

One of our presenters was asked the following question: “do you believe that there are any negatives, any downsides to your perspective?” The response was, “no, I can’t see any.” This was an entirely unsatisfying response. Every position, every worldview, and every perspective is incomplete, leaving challenges and unresolved issues. In our world, a black/white worldview is at best, limited, and at worst, detrimental.

The day after our program ended, I was sitting in a coffeeshop in Jerusalem with an Israeli friend, telling her about the program. After describing our packed schedule, she asked me innocuously, “why do Americans care about Israel?” As possible answers ran through my mind, I ultimately responded, “because we’re Jews.” We discussed what it meant for us, living so far away, to be dedicated to this place, Israel, as our home. As we continued our conversation, in Hebrew and English, alternating between the two as it suited us, we discussed the challenges facing this special place. Like a refrain, each part of the conversation ended with, “it’s complicated.”

Often, we rely on that sentiment, that the “situation” is complicated, to absolve ourselves of responsibility. We use it tell ourselves, “It’s too complicated, I don’t have any answers, I give up on trying to know what to do.” In that statement, there is some truth. I don’t know what should be done to create peace between Israel and her neighbors, to solve the problems integrating Haredim into mainstream Israeli society, or to decrease the discrimination towards Israeli-Arabs. But I refuse to accept that there are no answers. I refuse to say, “It’s too complicated, and I give up.” I accept that solutions will be subtle, slow, and not at all simple.

Despite the complexity, we cannot rest on our laurels. We must embrace the nuance. We can say, for example, if you believe as I do, that the settlements endanger Israeli democracy and its soul. At the same time, the risks of an unilateral pull out are too high today. That said, there must be actions Israel can do now, on its own, to make the future establishment of two states living side by side in peace easier, smoother, and safer for all. Accepting that both these ideas could be true, the need for Israel to act soon and the danger in doing so, is the essence of nuance.

As I return to my bubble in Los Angeles, my support of Israel will remain unwavering, but it will not be simple. I am going to strive to converse, advocate, and question this beloved place, in a way that is honest and mature. It was once suggested to me that at some point, we have to make a decision and then nuance ceases to be an active factor. I vehemently disagree with this perspective. Our beliefs are stronger, arguments more meaningful, and our connection to this place deeper when we reflect its many hues. When we encounter those who disagree with us, maybe on everything, we have a choice. We can talk past one another, ignoring the truths embedded in the other’s narrative, or we can accept that reality is made up of a complex symphony of ideas, beliefs, and values.

Moving forward, that is what I want. When I talk about Israel, I am going to demand nuance and so should you.

About the Author
Rabbi Jeremy Markiz received rabbinic ordination from the Ziegler School of Rabbinic Studies in 2016 and currently serves as the Director of Derekh and Youth Tefillah at Congregation Beth Shalom in Pittsburgh, PA. He grew up in Portland, OR, and enjoys reading, podcasts, and hikes outdoors. Jeremy is passionate about helping fellow clergy and in addition to his synagogue work, he runs The Rabbi's Manual, a blog about rabbinic work and how to be more impactful. This has grown to include a consulting and coaching practice that includes productivity consulting, social media strategy, and assistance with growing user-driven programming. He also writes the With Torah and Love newsletter that puts out weekly posts about the weekly Torah portion.
Related Topics
Related Posts
Comments