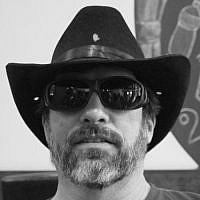 The Blogs
Michael Loftus
Apply for a Blog
Advertisement
Please note that the posts on The Blogs are contributed by third parties. The opinions, facts and any media content in them are presented solely by the authors, and neither The Times of Israel nor its partners assume any responsibility for them. Please contact us in case of abuse. In case of abuse,
Report this post.

The reforms of Justice Minister Yariv Levin are causing so much noise that I’m sure any audiologist say that it is well beyond the safe limit of 70 decibels, and much higher than 120 decibels which can cause immediate harm.

People from all sides of the political spectrum are yelling and screaming, curiously among similar lines. The `Left’ protests that the Judicial reforms are anti-democratic. Justice Minister Levin claims that the present situation is anti-democratic. Funny how a country that has undergone more elections than anywhere else in the last 5 years, is so … anti-democratic.

If everyone would stop yelling, then they might see that many years ago it was the `Left’ who argued that the Judiciary were a bunch of unaccountable old white rich males who were out of touch with society. These are the same arguments that the proudly right wing Justice Minister Levin is now making.

If people stopped yelling they might ask calmly, if we should we rely on the Judiciary to protect our rights. It can be argued that as a general rule, judges do not have a great record in the protection of civil rights. Only just recently the US Supreme Court overturned Roe v Wade, the 1973 case that elevated abortion to the level of a right. In most common law jurisdictions, judges did such a bad job dealing with Labor rights, that the entire issue was taken away from them and replaced with Labor Tribunals and Workman’s Compensation Boards. Even today I don’t think you will find too many feminists who have nice things to say about how judges deal with rape victims and their rights.

Does anyone here really trust or think that the judges of European Court of Human Rights has the expertise to make rational balanced decisions on the Israeli- Palestinian conflict?

So is the Levin’s critique of the Judiciary valid? Should only the legislature be in charge of civil rights? If you quietly look at the case of Roe v Wade, you’ll see that it was the Judicial branch of the US Supreme Court that created the abortion right in the US in the first place. Here in Israel, it was Chief Justice Barak who elevated the status of the `Basic Laws’ to the level of constitutionality.

Like them or hate them, the fact is, judges are bound by the laws that the Legislature enacts. You may not like the interpretation they give, but the Judges are the most unimaginative bunch of people you’ll ever meet. They don’t make things up. But is the Judiciary the best place to pin one’s hopes to secure rights? The pendulum has swung both ways, so the jury is still out.

What about this notorious `notwithstanding’ clause allowing the legislature to override judicial decisions? Are we going to become Turkey as many are shouting? How about a more muted place, like Canada? They have a notwithstanding clause in their constitution, and the province of Quebec is somewhat notorious in their regular use of it. To date, Canadian democracy is alive and well, and there is plenty of maple syrup for everyone.

Should the legislature rule supreme, without any limits? History has proven that on good days, they enact good laws. On bad days, they can enact very bad laws.

I am not arguing for or against Levin’s specific proposals. I’m am suggesting that the issue is difficult and complex, and shouting and screaming will drown out important and meaningful discussions.

About the Author
Michael Loftus has a masters degree law from the London School of Economics. He has been involved in business and capital markets for 40 years. Additionally he is a licensed tour guide, and a docent at the Israel Museum, Bible Lands Museum, and Tower of David Museum and has a specialist designation in Jerusalem from the Israel Ministry of Tourism.
Related Topics
Related Posts
Michael Loftus