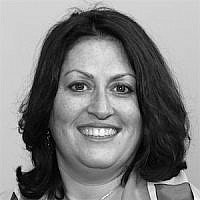 The Blogs
Elyse Wechterman
Apply for a Blog
Please note that the posts on The Blogs are contributed by third parties. The opinions, facts and any media content in them are presented solely by the authors, and neither The Times of Israel nor its partners assume any responsibility for them. Please contact us in case of abuse. In case of abuse,
Report this post. 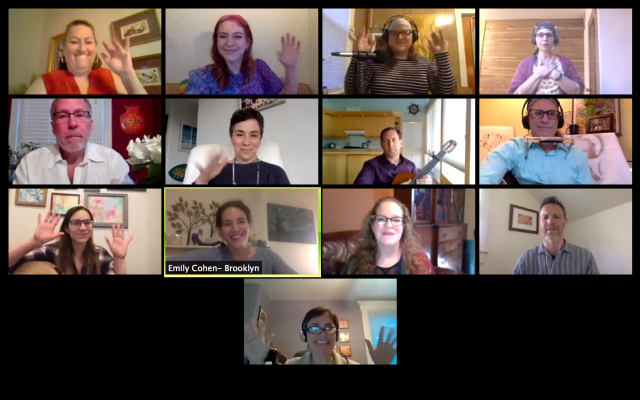 Reconstructionist rabbis join together for a Hallel sing-along during Passover

From my vantage point as a leader of a denominational rabbinic association, denominations are changing, but at their core, they are still necessary.

These recent months of pandemic and COVID19-related quarantine have accelerated the tectonic shifts in American Jewish life that we have witnessed for well over a decade.

We haven’t had a strict adherence to denominational lines of allegiance or rules of engagement for many years – if we ever did.  Even before COVID-19, we saw the rise of independent training programs for clergy (both leading to ordination and continuing education), the growth of unaffiliated or multi-affiliated communities, and projects across denominational lines and among different sectors of the community taking root. Over two-thirds of the rabbis in the Reconstructionist Rabbinical Association work outside of the congregational setting – meaning they apply for their jobs and locate themselves primarily outside of the traditional denominational setting.  Those who do work in synagogues often work in non- or other-affiliated congregation and have daily interaction with leaders, teachers, and colleagues from outside their movement.   Significant numbers of our members have participated in cross- or non-denominational continuing study programs; most report being nourished and excited by the cross-fertilization.

Many of us have been working hard to establish cross-movement or “post-denominational” partnerships in everything from retirement savings vehicles, ethics conversations, anti-harassment policy and training, and rabbinic continuing education and creativity.  Nowhere has this been truer and more exciting to see then in the burgeoning field of Jewish Social Justice where organizations such as T’ruah; the Jewish Social Justice Round Table; HIAS and Mazon, to name a few, bring together clergy and lay leaders from across the community to bring Jewish wisdom, teaching, and insight to the most vexing challenges facing humanity today. Thank God for those partnerships and collaborations – through them, we become better rabbis able to more fully serve the diverse needs of the Jewish people.

At the same time as we see these flowering partnerships, we must also recognize that the Jewish people has never been monolithic or univocal and that, in fact, from the days of Hillel and Shammai down through the modern era, differences of views, perspectives, approaches, and styles are not only tolerable but necessary to the creative vibrancy of Jewish life.  Though I applaud the partnerships listed above, I know that the specific training I received, the particular frames of reference, style, aesthetics or hashkafah of my denomination is unique and that my rabbinate and those of my Reconstructionist colleagues enact an approach that is both different from, and in healthy conversation with, colleagues in other movements.

The programmatic offerings of our denominations are already morphing and aligning into partnerships and collaborations that will limit duplication of efforts and allow for the sharing of resources, and that is a good thing.  And, the innate differences in how we think and view the world that gave rise to the very first arguments between Jews are still very much alive – those differences need places of experimentation, debate, airing and investigation – and that is what the denominations of tomorrow can provide: diversity of Jewish thinking and approaches for a radically shifting Jewish people.