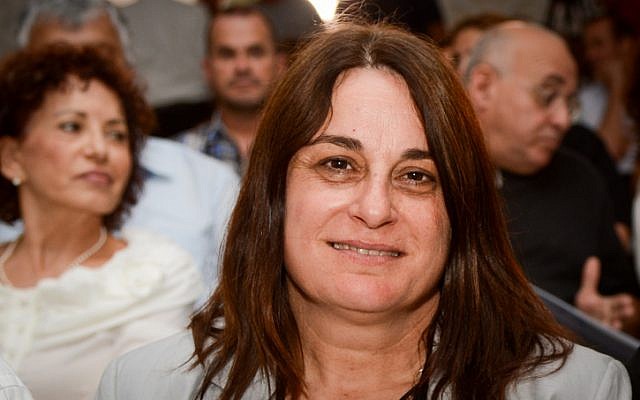 Rona Ramon, who died on December 17, 2018. She was the widow of first Israeli astronaut Ilan Ramon who died in a fatal accident aboard the space shuttle Columbia on May 9, 2013. (Flash90)

Yehuda Dery, who is chief rabbi of Beersheba, ought to know, in the words of Ecclesiastes, that “there is a time to be silent and a time to speak” (3:7).

Who asked Rabbi Dery to write to the Ramon family proposing that their mother, Rona, who suffered so much during her life, be buried rather than cremated as she wished?

Gedalya Axelrod, a leading Lubavitch rabbi in Haifa, goes even further when he states: “We are not descended from monkeys. We shall be resurrected with our body from the dead. It is shocking that they intend to burn her body.”

Given the tragic manner in which Ilan Ramon’s own life came to an end in 2003 following nearly 16 days in space when his shuttle Columbia burnt up during re-entry into the earth’s atmosphere, Axelrod’s remark that we are resurrected with our bodies was particularly tasteless and insensitive.

If burial in the ground is a pre-requisite for resurrection, what will be the fate of our ancestors, whose bodies were incinerated in the ovens of Auschwitz?

As a rabbi, I know that cremation is against Jewish law. When people approach me to discuss that option, I explain the many good reasons for following traditional Jewish practice. However, as Aaron the priest knew, there is a time to remain silent (Leviticus 10:3). That time is surely now when the Ramon family are in a state of grief.

Fortunately, I am not alone in holding that view. Rabbi Shlomo Aviner is quoted as having remarked that it was forbidden for one to intervene unless approached. “What business is it of ours unless we are asked to express an opinion?”

Rona Ramon’s children, Tal, Yiftah and Noa, need to be comforted as they mourn the loss of their dear mother rather than be confronted by rabbis telling them not to respect her final wishes.

About the Author
Made aliyah from the UK in 1985, am a former president of the Israel Council of Reform Rabbis and am currently rabbi of Kehilat Yonatan in Hod Hasharon, Israel.
Related Topics
Related Posts
Comments