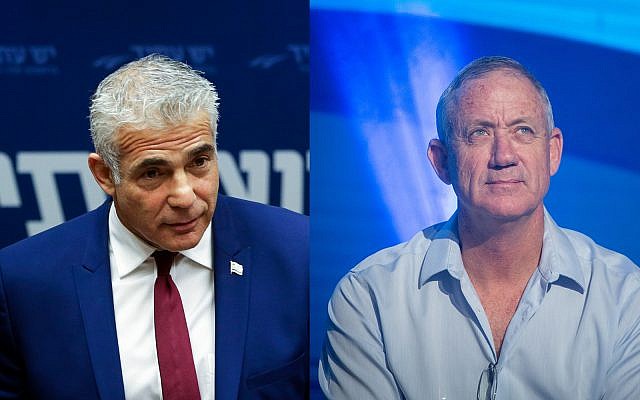 Israel has a particularly bad case of electoral system confusion. Does the largest party win? The answer is not so clear, but for the center-left especially the question is critical now. If its leaders are smart, and if they are selfless, they will move to unite for the April 9 vote. Not completely, not in a single party, but in strategic, calculated, and optimal fashion.

Don’t judge too harshly, though. All over the world social media has upended behaviors, change has twisted minds, and radicalization has upended politics. Electoral systems cannot meet new needs, authoritarianism gains support, and unconstructive ambiguity is the order of the day.

Americans wrestle with the fact that the “popular vote” is meaningless yet the system cannot realistically be changed. Britain treats “hung parliaments” like a national disgrace, yet they’re becoming the norm. In France it isn’t clear whether the president or parliament is in charge. Is Russia in any way a democracy? Is China a one-man dictatorship now? The army seems in charge in half the world, but maybe no one is. The planet is a puzzle, and not in a good way.

In Israel it was axiomatic that it doesn’t matter which party is the largest. All the groups fit into either the left or right blocs. The center-left (and the Arab parties) wanted justice for the Palestinians, or demographic salvation for the Jews, or both (an odd mix, but true). The right (along with religious parties) wanted dominion over all the Holy Land for military, nationalistic or religious reasons, and was willing to undermine democracy if that’s what it took (which it did, and does). All other issues were secondary and in the end all that mattered was which bloc had more seats (at least 61 of the 120).

The most recent evidence of this came in 2009, when the centrist Kadima under Tzipi Livni won slightly more seats than Benjamin Netanyahu’s Likud. She gamely declared victory but Netanyahu seemed hardly fazed. The right-religious bloc had a solid majority, and how each side’s component parties broke down among themselves was proven irrelevant again.

There are complications on both sides. The Arab parties were not seen as (and sometimes did not want to be seen) as partners in government for the center-left. So when that bloc (including the Arabs) won 61 seats it had two choices. One was to rule as a minority government backed by the Arabs but not formally including them in a coalition. Another was to draw in parties from the right-wing bloc which at that point had no rightist option and preferred a sellout to life in opposition.

This usually (but not always) involved the rightist bloc’s complication, which is the religious parties, especially the haredim. These could be tempted to join center-left governments in an uneasy alliance in which they had little leverage but could gain funding for seminaries and continued absolution from a core curriculum of science and math for their youth. (It is Israel’s tragedy that such are the demands of the haredim, and it festers; If the Palestinian issue is ever resolved, the challenge of saving and these undereducated Israelis from poverty will finally take center stage.)

In 2019, though, the largest party will matter for a number of reasons.

First, the splits in the left are such that the latest polls convincingly show three parties of roughly equal size: Labor led by Avi Gabbay; Yesh Atid led by Yair Lapid; and the new grouping of former military chief Benny Gantz. Together they add up to the same number of seats as Netanyahu’s Likud, or perhaps just a few more. This is because while there are splits in the right-religious bloc as well, none of them has prevented Likud from remaining by far the largest party there.

When one side has a large anchor party and the other is so divided, the subjective question of legitimacy becomes relevant. Even if the center-left somehow won 61 seats this way, it may well not hold. It is easy to see one of the parties joining Likud as the “winner” and giving Netanyahu the steering wheel again. Indeed, if not for the prime minister’s tragicomic legal troubles that scenario would be almost assured.

Second, there are now significant players whose left-right identity is fluid.

Orly Levy (who has set up a new-old “social issues” party called Gesher, same as her father David Levy’s grouping of 20 years ago) really does seem to not care either way. She may well feel a greater legitimacy to prefer the party whose vote total was more than double (and perhaps close to triple) that of any of the others. This may also be true of Moshe Kahlon of Kulanu, who in 2015 was rather clearly a Likud Trojan horse only pretending to be on the fence. Now this positioning may be more genuine, and he is attracting some classic leftist figures like (possibly) dethroned Haifa mayor Yona Yahav. These two parties alone may account for a tenth of the Knesset, with bloc affiliation unclear. And there are others.

In the somewhat more dependable “blocking majority“ of “non-right” there are now six groupings: In addition to the aforementioned centrist groups led by Gantz, Lapid and Gabbay one find the Joint Arab List, the leftist Meretz, and the partition-focused “Tnua” (now that  Livni was defenestrated this week by Gabbay and their problematically-named “Zionist Union” has disbanded).

A union of the entire center-left risks repelling the coveted disgruntled Likudniks electorate by including genuinely progressive figures in its ranks, even if the Arabs are kept distinct. The current extreme level of crystallization, as said, almost guarantees Likud a win. And yet there is a certain logic to running in a few distinct groups, to maximize the overall vote by giving the most people a party to back that is free of components that give offense.

So if they want a shot against Likud only three must remain: The Arab List, the left, and the center. There are various ways to get there, but it is probably the center – led by Lapid or Gantz – that has the best chance of being an anchor party with enough seats to come close enough to Likud to make the blocs math relevant again.

If they do this they have a shot. They could employ levers that go beyond current polls: the momentum of a good story, Netanyahu’s legal troubles, and most importantly the support of almost the entire security establishment, which still matters in this part of the world.

Lapid and Gantz probably know all this. The question is whether one of them is prepared to take the passenger seat, and serve as defense or foreign minister under the other. If not, they may well find themselves in that same position under Netanyahu in a few months. And while that may still look like an improvement in dark times, it would also be an opportunity wasted, to be sure.