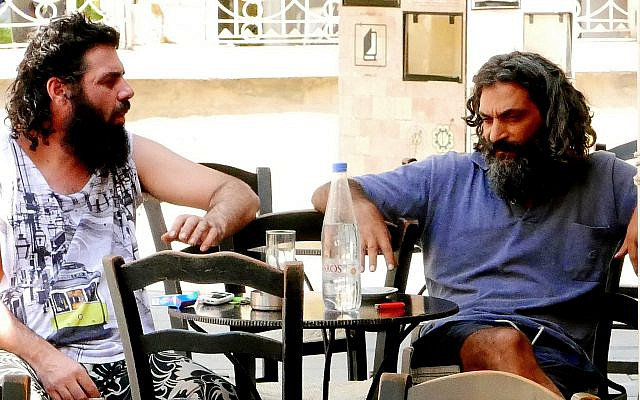 Is it democratic for a majority of the people to decide to massacre everyone else, or to steal all their things, or declare that Sunday is Monday?

From Poland to America a more polite version of that question is at the heart of the matter these days. More people than some might think would basically answer: “Yes.” This accounts for much of the tension between “the people” and “the elites” – the educated, powerful or wealthy who would generally answer: “No.”

In Israel, it relates to the plausible chance that on March 2 a majority of voters will decide it is acceptable for a person facing bribery charges to be elected prime minister after being so gauche as to demand a crooked version of immunity from parliament and then try to buy time by blocking that same parliament from considering his request.

“Shouldn’t the people decide?” demand populists across the planet, leaving elitists tongue-tied in their effort to not offend the people.

Some say that governance has always been a question of balances, and everything will probably work itself out. But there is another narrative that speaks of a regressive sort of progress: from as far back as Plato, the majority has been silenced by elitist machinations. The republican idea lets the masses govern themselves only indirectly, by electing representatives who will often be members of the elites.

In our era of transparency and tension, with the downtrodden everywhere demanding an ever-greater share, this arrangement was bound to break down. And it happened pretty fast.

After all, until about a century ago the world had no democracies (because nowhere could women vote). But we have swiftly seen off fascism, communism and colorful despotisms of all kinds, so that most countries now at least make a pretense of democracy (according to Pew).

It is also a time when global literacy stands at an all-time high of over 86%, according to UNESCO. And every day more people have Google in their pocket. They are finally, in their own way, examining the fine print.

This has surfaced a bug in the system. There is no such thing as a “democracy.” There are many versions of it and quite a few variants that take its name in vain. When most members of the developed world’s elites say “democracy,” they are thinking of “liberal democracy,” based on principles that trace back to the Age of Enlightenment in Europe.

It envisions something more refined than mob majority rule.  It adheres to notions of liberty and equality and placing great stock in “reason” (and its subjective stepsister, “reasonableness”). It very definitely does not allow a simple majority of the people to vote themselves the right to kill everyone else, or to steal all their things, or to legislate alternative facts.

On what basis does liberal democracy deny the majority the right to do whatever it wants or was tricked into wanting? Is it a democratic basis?

If we are lucky, then some of the checks and balances appear in constitutions (in Israel’s case “basic laws”) or other legal structures that can be said to have resulted from a vote of some sort. That gives the elites a measure of plausible deniability.

But you could easily argue that they actually attach to decisions made by the elites, who are never and nowhere a majority. Even if the principle (say, preventing massacres) was enshrined centuries ago in some sort of vote, the body that engineered it was almost always made up of the elites. The US Constitutional Convention wrestled with the question of pluralism – and it, too, was a group of privileged men, many of whom were animated by a healthy distrust of the people.

The not-so-democratic superstructure of liberal democracy goes beyond laws to include  “norms” – unwritten values that determine what’s acceptable (to the elites). These were rarely confirmed by the masses, and we are discovering each day how little they give a hoot.

To many on the right these days that means the elites have rigged the system. The elites may be prepared to insist; I don’t know.

In the United States, unwritten rules included candidates being transparent about their finances and not profiteering from office and presidents keeping nepotism to a defensible minimum, not fomenting racism or inciting violence against the press, and lying only when strictly necessary.

Those may seem like good ideas in a civilized society, but the Western elites also trod on dangerous grounds by keeping religion in check (alongside epic lip service, of course). And lately a branch of the elites have disastrously overreached with “cancel culture,” gender pronoun obsessions and other calamities of a “progressive” agenda that gives the hoi polloi the heebie jeebies; that is no way to win elections, as has been confirmed numerous times.

You can maintain a high-wire act of this nature if enough people are happy enough. But we are living in a time when technology and globalization have achieved the opposite. Most people in the West feel living standards have stagnated (you cannot argue with feelings); they hate that jobs are migrating elsewhere and that pensions have vanished. Meanwhile, people in the “developing” world now have the means to see how relatively poor they are and to travel to richer climes, where they are usually barred at the entrance. They are usually barred because people already there like the cultural and ethnic makeup of their societies as is. Who is happy in this increasingly scorched earth? The “one percent,” maybe.

Two-party systems (and that includes Israel with its “blocs”) have reorganized around this question of whether it’s reasonable to burn down the house.

So in America blue-blood Republicans cannot abide Donald Trump and in 2016 even supported his rival; in Britain old Labour redoubts have suddenly turned to the newly nativist Tories while Europhiles are being chucked out of the party; and in Israel, even the son of Menachem Begin seems no longer able to support the Likud which his moralist father founded but which these days resembles more of a mafia.

It is a clash of cultures now, not a matter of political quibbles. Liberal democrats with their norms are now mostly on one side of the divide.

This is why when Trump outrages the elites with norm-destroying musings about getting away with shooting passersby on Fifth Avenue (or with his strange capitalizations and cruel  nicknames), his supporters love it.

This is at least one reason why so many of my educated friends in Cairo (not plutocrats but rather people whose equivalents in Israel would vote for Meretz) had little interest in more democracy.

It is why these days, when some people wonder whether Benjamin Netanyahu might try to start a war to distract from his legal fiascos, the really shocking thing is how many might support it – even if the reason was plain to see.

Culture is almost all we have as humans. Liberal democracy is just another culture. Little is truly off-limits when the clash is between cultures. 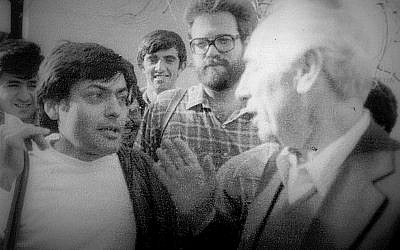 Elite-backed Shimon Peres confronted by the hoi polloi, 1984 (Dan Perry photo)
About the Author
Dan Perry, a media and tech innovator, was the Cairo-based Middle East Editor of the AP, and chairman of the Foreign Press Association in Israel. Previously he led AP in Europe, Africa and the Caribbean. Follow him at: twitter.com/perry_dan www.linkedin.com/in/danperry1 www.instagram.com/danperry63 https://www.facebook.com/DanPerryWriter/
Related Topics
Related Posts
Comments