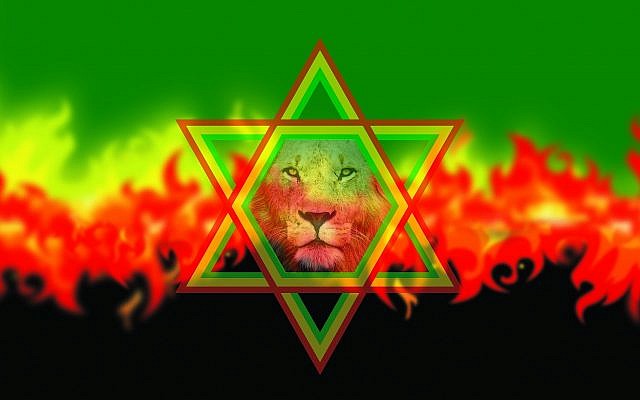 Ready for this? – In the most astoundingly obtuse Tweet of all time, the Official Twitter Account of the Permanent Representation of the Republic of Lithuania to the International Organizations in Vienna, stated “History Matters”, and that countries shouldn’t dig holes for others, as they will eventually fall into it themselves.

Lithuania has not just fallen into their own hole, they have dug a massive sewer, and continue to dig. Never has there been a country that has worked as diligently as Lithuania to commit historical fraud.

Clearly, telling the truth is not something Lithuania chooses to do. Lithuania remains open, unrepentant, blatant, Holocaust revisionists. 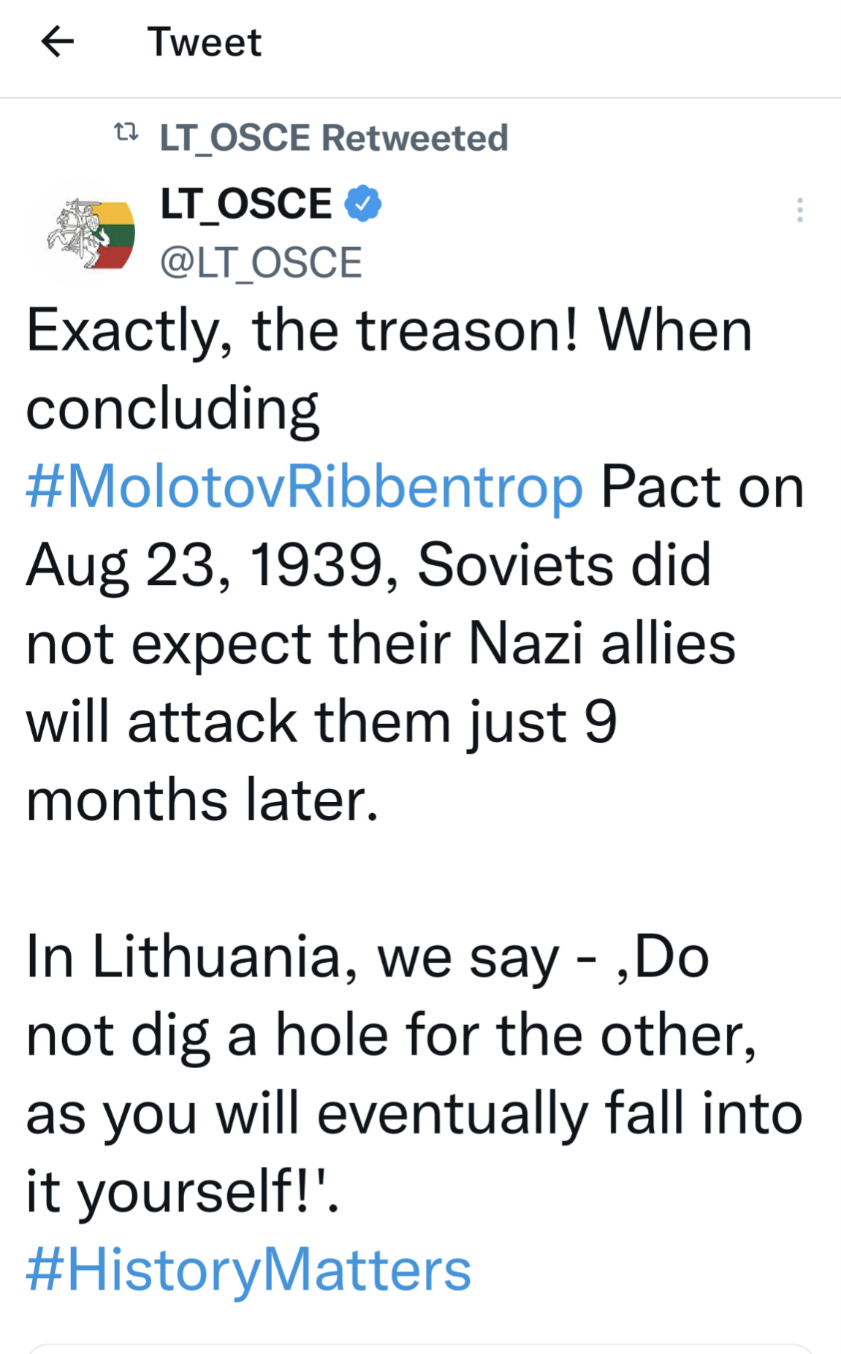 Lithuania’s President Nauseda said: “Without an accurate, honest, and comprehensive assessment of the past, we will not be able to effectively prevent future crimes on our continent or investigate the current ones in Ukraine”. As the most egregious worldwide source of inaccurate, dishonest non-comprehensive, mis-assessments of their own past, President Nauseda reveals himself to be a hypocrite. Using his own words, he reflects how Lithuania continues to facilitate crimes in Europe (and elsewhere) and ensures these crimes cannot be properly investigated.

The Holocaust was achieved by first dehumanizing Jews so that European populations would have no reservations about murdering Jews. Lithuania takes this a step further by elevating their murderers to their current day, national heroes.

Their tweet pointing fingers at foreign perpetrators such as Putin and Lukashenko, while simultaneously protecting and elevating the image of Lithuanian Holocaust perpetrators, proves their contempt for their Jewish victims. This constitutes continued dehumanization of Jews, dead and alive. To Lithuania, Jewish victims remain undeserving of truth or justice.

The documentary, “Getting away with murder(s)” will soon be followed by “Baltic Truth” which premieres in New York on September 14, 2022. Lithuanian diplomats will be invited to attend. Having no precedent, concern or familiarity with truth; they are not expected to appear. Lithuania has no intention of ever telling the truth about their own culpability in the annihilation of their Jews.

Baltic Truth will be followed by another documentary, “J’Accuse Lithuania”. The expose clearly delineates Lithuania‘s program of ensuring the truth is never revealed. It further shows how the world’s most dishonest Holocaust triumphalists have rewritten history and continue to dig the holes they accuse Putin and Lukashenko of digging.

Lithuania demands Putin and Lukashenko are held to a high standard of truth and justice. On this point, Lithuania is correct. Lithuania should be held to the same exact standards.