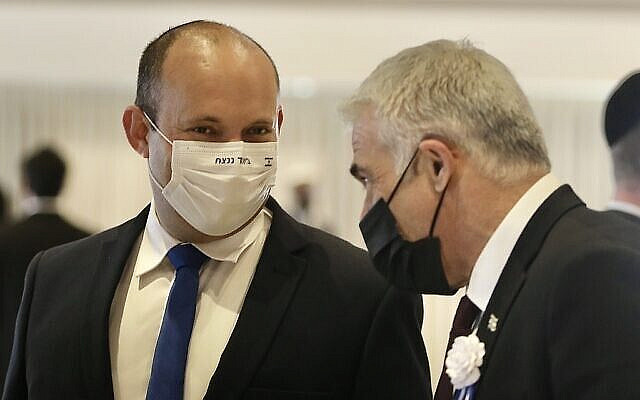 Benjamin Netanyahu’s credibility is at the point where I wouldn’t trust him to tell me the time of day. But even a broken clock is right on occasion. A case in point is the idea of reinstituting direct election for prime minister, which the spin machine is currently marketing as the solution to the country’s political crisis.

The proposers’ barely concealed real purpose is to afford the embattled prime minister another chance at reelection as alternatives appear to be forming in the wake of his latest non-victory. While a Netanyahu win in such a vote would be by no means guaranteed, it is possible; in any case, the ploy buys time, which is all any of us have.

I certainly do not support such a rule change in the middle of the game, and it seems anyway more plausible that a joint Naftali Bennett-Yair Lapid government will emerge in the coming days and weeks (alongside other possibilities). What I am saying is that such a government of opposites, which will have trouble agreeing on much, should consider the idea.

The existing system is failing in the most fundamental task of an electoral system, which is to yield a leadership that can plausibly be seen as reflecting the preference of a majority of the voters. It requires a new government to present a majority of Knesset supporters (or at least of non-opponents) in a society whose political map cannot produce one.

This is because Israel has too many groups that vote almost automatically for sectarian parties, and too many major issues for any single one to be able to cut through all others and forge a classic alignment of coalition and opposition.

The 120 Knesset seats in the Knesset elected last month are divided among 13 parties of which the largest has only 30, the average has about 9, and the top three parties would still fall short of a majority even in the (inconceivable) event that they tried.

Moreover, the Arabs and the Haredim are two large minorities who are quite distinct from and at times in conflict with their presumed “bloc” – the right and the left, respectively.

Thus the nationalist Avigdor Liberman abandons the right because of its alliance with Haredi parties detested by his secular voters. Thus ex-Likudnik Gideon Saar is now on the “left” – in a world where the main issue is Netanyahu’s corruption. Thus Mansour Abbas’ Ra’am party is proving to be an undependable ally of the left: their devout Islamism and homophobia are genuinely more at home with the Jewish right (Netanyahu, typically, saw this coming before his rivals).

The previous dichotomy was based on attitudes toward the Palestinians, now nearly forgotten. Which is the main issue at present? Religion and state?

Some see the issue as Netanyahu himself: can he continue serving, considering his character issues and corruption trial? But even here, no solid majority has so far emerged. Parties opposing Netanyahu won 68 seats (if you count the wobbly Abbas and Bennett groupings). But they have so far failed to form a unified front, handing Netanyahu the first chance to form a government.

Even if they should somehow put other concerns aside and come together in coming weeks, it will be a government of tremendous contradictions on issues no less important than Netanyahu, like the occupation and the untenable status quo with the Haredim. And it will not have a leader with genuine legitimacy and clout.

A two-round direct election in which the two top vote-getters face off will yield such a leader, every time, mathematically guaranteed.

It will also focus minds on the nature of these two candidates and on the ideological, temperamental and experience differences between them, forcing a conscious choice at least between the lesser of two evils. Wisdom may not always prevail, but something will prevail.

Of course, the idea was tried before and abandoned shortly after Ariel Sharon’s victory in the third such election in 2001. It was thought then that direct election of the PM encouraged niche attitudes in the concurrent party vote, harming the large parties and making governance difficult.

But whereas clarity was removed, crystallization remained. It might even have gotten worse: the 1999 election (the last Knesset vote held concurrent to a PM election) yielded only 10 parties that would have passed today’s 3.25% threshold.

Obviously, this should not be rushed and details should be carefully considered by experts, politicians and the public.

Term limits will be needed. Perhaps a Knesset majority should not be required of the prime minister (as it was before), with lawmakers allowed certain powers of oversight (as in the United States). Perhaps the Knesset would be allowed to remove the PM via a massive supermajority, dissolving itself in the bargain (as a disincentive).

Perhaps the function directly elected should be called the president (as the election obviates the only critical function of the existing figurehead presidency, which is making sense of election results). Perhaps parliament should then appoint a prime minister, as in France, with a certain division of labor foreseen and a cohabitation of rivals tolerated.

Another option would be for the head of the largest party to be considered the victor without ado and allowed to govern even without a full majority (again, being removable by supermajority). That would presumably devastate smaller parties or force them into umbrella groupings, annoying people attached to niche parties that stand for something clear, such as Shas (clinging to ancient traditions) and Meretz (replacing them with modern liberal orthodoxy). But it would yield simplicity and clarity.

Simplicity would be helpful in a situation as complex as Israel’s. And clarity is needed in a country where years of double-speak and dirty dealing from the top have eroded respect for decorum and norms. As a result, we see the head of a party tied for fifth-largest with three others extorting the premiership for himself, else he will support the other side. This breeds cynicism across a society and, after Bennett, it should not be encouraged to happen again.

No system will be perfect. But what’s clear, after four elections in two years with a potential fifth on the horizon, is that the current one is unsuited to Israel’s fractured political landscape. Reforming it would be a fine goal for a Bennett-Lapid rotation government that could use a raison d’etre (beyond the mere restoration of sanity).

Indeed, any next government should consider direct election even at the risk of appearing to back a Netanyahu notion. The man is not devoid of good ideas; it is in execution that he stumbles.

And they could add an improvement on the currently floated plan: criminal defendants should be barred, on account of the obvious and now thoroughly demonstrated conflict of interest.