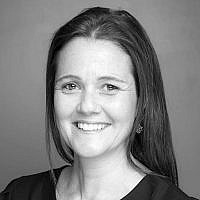 The Blogs
Osnat Lautman
Apply for a Blog
Please note that the posts on The Blogs are contributed by third parties. The opinions, facts and any media content in them are presented solely by the authors, and neither The Times of Israel nor its partners assume any responsibility for them. Please contact us in case of abuse. In case of abuse,
Report this post. 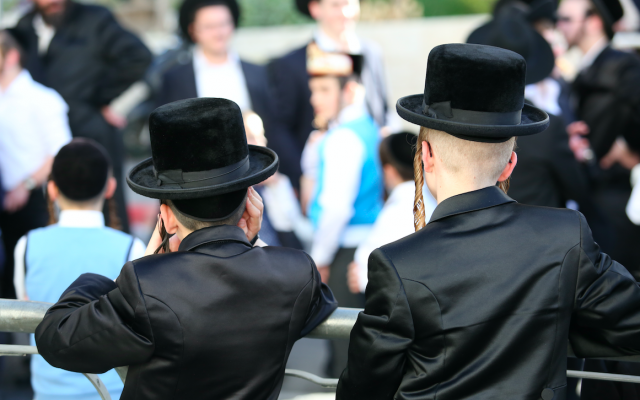 Research on cultures deals with large groups, and therefore relies on generalizations. However, every society has members who do not fit the overall cultural mold. In each culture, there will always be those who behave somewhat differently.

In Israel, according to the Central Bureau of Statistics, Israel presently has 9.1 million residents. Of those, 74% are Jewish (6,772,000 inhabitants), which is about 43% of the world Jewish population. Approximately 50% of Israeli Jews are secular and the remainder have various degrees and types of Jewish observance and affiliation, i.e., traditional, religious and ultra-Orthodox. The ultra-Orthodox among them comprise 9% of the Jewish Israeli population. They are also mainly concentrated in centrally located cities, such as Jerusalem, Bnei Brak, El’ad, Beit Shemesh and some others.

These days, as the highly contagious coronavirus spreads around the world, Israel is fighting the local outbreak and first instructed thousands of people to enter quarantine, and then instructed millions to hunker down. Early on, Tel Avivians treated the Ministry of Health directives as mere recommendations. Yes – many went to the beach and enjoyed forbidden picnics…but then we quickly caught on that this pandemic is exceedingly dangerous and we mustn’t take any chances by breaking the rules this time.

Each family rushed to barricade themselves in their home, and now, except for essential workers, we only go outside to breathe fresh air and restock our emptying refrigerators and pantries when necessary. So, as we secular Jewish Israelis were constantly monitoring the media reports, we listened to the prime minister and minister of health handing down instructions each evening – and yes, we grasped the seriousness of the situation pretty fast. In contrast, Israel’s ultra-Orthodox community continued to behave as usual, including large numbers gathering, attending synagogues, Purim parties, mass funerals, etc. 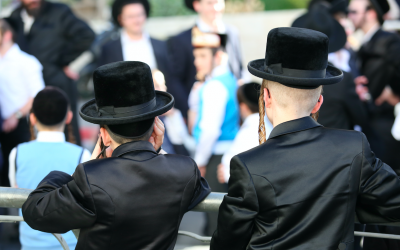 Ultra-Orthodox Jews are a small minority among our ranks, and they are quite different from the majority of us in so many ways, including values and behavior. They live in closed communities. They are not connected to the internet and do not watch television. The only authority they listen to is the rabbi who leads their own community or sect. They also pay attention to notices posted on bulletin boards in their neighborhood. It’s as if they live in a different century – long ago and far away. It definitely feels like we are so different that we are communicating – or, rather often, failing to communicate – with a different culture.

Unfortunately, we are seeing the highest rates of COVID-19 infections in Israeli cities with the largest ultra-Orthodox populations. According to the Health Ministry, nearly one-third of the 11,000 coronavirus cases are in Jerusalem and Bnei Brak, as the two cities continue to show the topmost numbers of infection. In fact, almost one out of every 100 people in the ultra-Orthodox city of Bnei Brak is sick with coronavirus. As the table below shows, Tel Aviv has more than twice the population of Bnei Brak, yet Bnei Brak has three times as many Corona patients, which comes to over 13 times more than Tel Aviv – relative to population size.

It took some time until the ultra-Orthodox Jews understood how contagious the coronavirus is. Since most homes do not have televisions or internet, many of them heard about the epidemic only recently. They also live in highly crowded conditions, conducive to an alarming spread of infection. The average ultra-Orthodox family has 7.1 children compared to 3.1 among the general Israeli population. What’s more, they attend multiple mass prayers and large Torah study groups in the Yeshivas on a daily basis.

The situation in these communities has become so dire that the IDF and Israeli police have taken control over the cities with a high concentration of ultra-Orthodox. Entering and exiting these cities has been banned, and the security forces are adopting every possible measure to fulfill their current primary mission – to get a handle on the situation and save these communities from disaster, including in Bnei Brak – Israel’s most overcrowded city.

On an optimistic note, we can view this period as enabling and encouraging different population groups to bond with each other, such as IDF soldiers with ultra-Orthodox who do not serve in the army. I hope it will also lead to better communication between the secular and religious communities in general. In addition, we are now celebrating Passover, traditionally a time for getting together and enjoying a long, leisurely holiday meal en masse. But this year families are staying home with just their nuclear families and celebrating together with the extended family only virtually, thanks to Zoom’s communication technology.

Let me take this opportunity to wish us all a Happy Passover. Passover is a holiday of togetherness and freedom. This is the time for every person to take responsibility for their own actions, so no matter whether you call it “yihiyeh beseder” (everything will turn out fine) or “b’ezrat Hashem” (God willing), I hope and pray that everyone will take personal and collective responsibility! Stay at home, stay safe and have a wonderful holiday!