Are we destined to the perilous warning of Ecclesiastes (1:9): “What has been will be again, what has been done will be done again; there is nothing new under the sun.” Will we be collectively seduced by history’s allure of what has been as our prescription for what shall be?

Modern technology means we need not wait years or generations to recognize this grave predisposition, as T.S. Eliot writes in Burnt Norton: “Time present and time past are both perhaps present in time future … What might have been is an abstraction remaining a perpetual possibility only in a world of speculation.”

Is the potential for a powerfully united diaspora community in the face of life and death challenges something that exists only in a world of speculation?

As Israel’s greatest ally speeds towards bestowing global legitimacy to the nuclear aspirations of the Jewish nation’s most menacing modern foe, large segments of the American Jewish community publicly line up on both sides of the debate. Difficult questions become inconvenient truths, as many within our community are equally, perhaps more concerned, with malicious efforts to impugn our loyalty to nation, party and president.

Our president insists he knows better than Israel’s democratically elected leaders how to keep the region’s only stable democracy safe from fanatic extremists. Just in case he’s wrong, he’s ready to offer huge security packages to Israel and others who will be the first to face the reality of a vastly enriched and emboldened Iran whose leadership misses no opportunity to route masses to the streets with calls of “Death to America, Death to Israel” that they swear will not abate.

Accepting the premise of those lining up in support of IranDeal requires us to ignore the inconvenient truth that we cannot point to one place in the world, certainly not in the Middle East, that is safer today because of the policies of an Administration twice supported by the far majority of American Jewish voters and activists. For the moment, the blood that is shed is less often that of America’s sons and daughters. Can anyone doubt that those who target America’s allies with the most destructive arsenals they can build will ultimately target America itself? 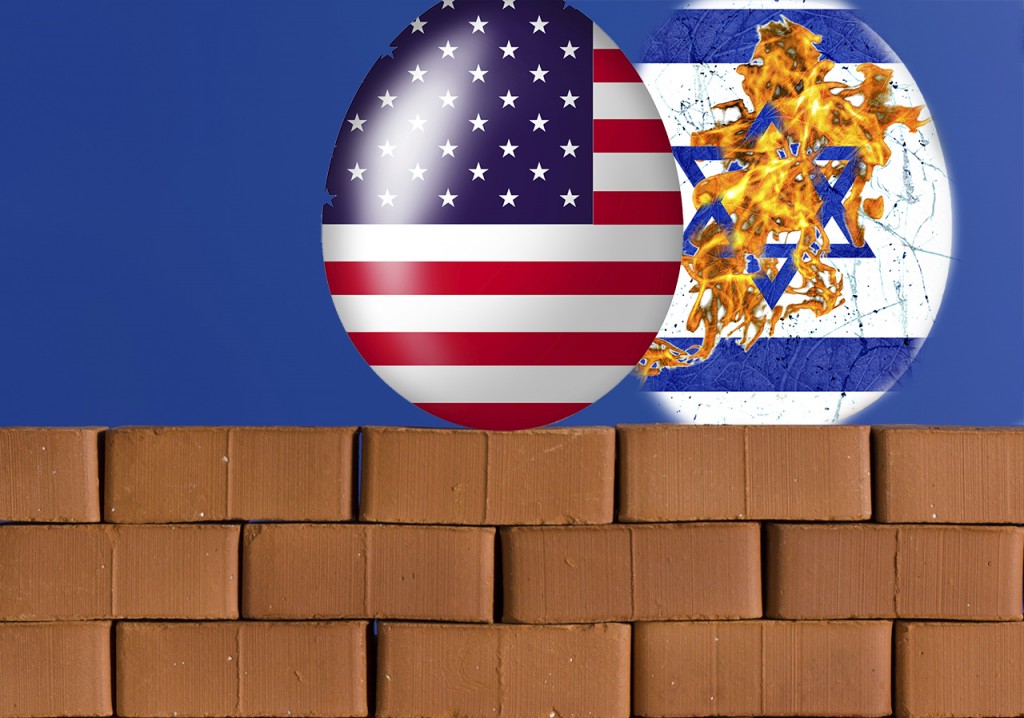 Divided, we all fall down (S. Eisenberg)

Supporters of IranDeal claim the agreement will prevent the proliferation of nuclear weapons in the world’s most dangerous region. The inconvenient truth is that the agreement has already led more moderate Muslim nations to actively pursue their own nuclear programs. In short time, the nuclear race launched by appeasing Iranian demands for technology that is completely unnecessary for an exclusively peaceful nuclear program will dramatically raise the likelihood of nuclear engagement in a region in which western logic provides a deeply flawed basis for predicting the actions of the leading inciters and sponsors of terrorists whose number one target is the United States.

IranDeal’s proponents claim that despite the attempt to give diplomacy a chance, all options, from crushing snap back sanctions to military action, remain on the table.

The inconvenient truth is that this Administration today believes there is no formula for either. The president has publicly said there is no viable military solution to halt Iran’s pursuit of nuclear weapons. That means we are ending, instead of increasing, the economic and political sanctions that are the only means of influencing Iran’s continued decision not to cross the red line to weaponization. Without the impact of significant sanctions, a much stronger Iran can now obtain nuclear weapons by cheating (as they’ve done both capably and consistently) or by simply allowing key restrictions to expire.

There are many more inconvenient truths that scream out the dangers of the proposed deal are far greater than insisting negotiators either go back for a better deal or, if we are to accept that’s not possible, walk away from the negotiating table in order to enact and enforce even more crippling sanctions against the government in Tehran.

Since the rebirth of the modern State of Israel, that nation and America have remained deeply connected in values and vision. That includes both nations’ commitment to democratic processes that obligate citizens to speak out, organize and act on behalf of the principles we hold dear.

For the White House to lead efforts to single out the American Jewish community for pursuing our responsibility to speak out against a strategy that will result in deadly consequences that cannot be later corrected is among the most vicious attempts to stifle democratic rights in modern times. In large measure, whether that inconvenient truth leads those who cherish the values that have long united Israel and America to increased silence or greater unity and activism will ultimately determine if there really is nothing new under the sun.