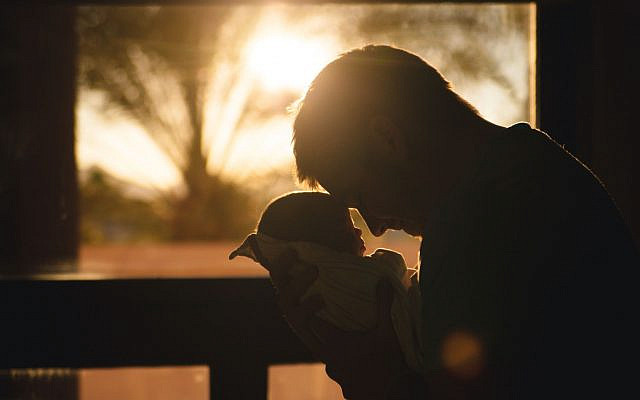 Photo by Josh Willink from Pexels

As part of my doctoral training in clinical psychology, I volunteered for a local Jewish anti-domestic violence organization to fulfill a certain course requirement.  During one casual conversation with the director, she mentioned that in all the years that they had been open, they had received calls from hundreds of women victims, and from just seven men.  I wondered: was this because the proportion of men who are victims of domestic abuse is that much less, or was something else going on?

So I began researching the topic.  As it turns out, the most rigorous empirical evidence suggests that while the physical abuse perpetrated by men against women tends to be more physically dangerous than when women are physically abusive towards men, domestic abuse is nearly as likely to be perpetrated unilaterally by a woman as it is to be perpetrated unilaterally by a man.  I also discovered that, at least at the time, many Jewish domestic abuse organizations had little or no programming supporting male victims.

As the years have gone by, I have often thought about why the disparity in support continues to exist until today, despite the consistent evidence showing that women and men are victims of abuse in fairly similar numbers.  The simplest answer is likely also the true answer: over the years, women have had more, and more organized, advocacy.  There is a reason for this—for too long, the communal power structure heavily favored men.  As many books have recorded, rabbis, who helped set the tone for communal policies and attitudes, typically had closer relationships with the men in the community, and often disregarded women’s concerns with dangerous, sometimes fatal consequences.  Indeed, while in some circumstances the pendulum has swung the other way, the dynamic favoring men continues to play out in communities around the world.  But as advocacy for women’s issues has thankfully become a regular feature of most Jewish communities, advocacy for men who may be suffering has lagged far behind.

Take, for example, the following scenario that I have heard too many times in recent years.  Several months before filing for divorce, the wife tells her husband that she is going for a period of separation to her family’s home to see if they can work things out from a distance.  She says that since she either is not working, or has much more flexibility with her hours, she will take the kids with her, sometimes out of state.  Eventually, when she files for divorce, the courts note that the mother should have primary custody, as she has been the sole parent for some number of months, and, in some cases, due to the duration of her stay with her family in the new state, the children are officially residents of the new state. Meanwhile, the father has been unable to have any meaningful time with his children (and the children have not been able to have meaningful time with their father), a circumstance that continues as the uphill and expensive legal battle over custody ensues.

There is a term for this: parental alienation.  And from a moral, and possibly legal perspective, it is a vicious form of both child abuse and spousal abuse.  And when a dad is going through this experience, what organization in the Jewish community can he call for support?  What advocate do men have who will defend their right to be a father, and the children’s rights to have a loving relationship with both parents?  That is a serious question, because through my professional and personal experiences, I have yet to find one.  I have heard many other stories of men as victims in marriage and divorce, especially at it relates to their relationship with their children—moms verbally denigrating the father or his family in front of the children; moms being physically violent towards the husband in front of the kids; moms not sending a child’s medication to the father’s house when it is his time with the children; in states where granting a divorce is tied to finalizing custody agreements, a mom only agreeing to finalize the divorce if the dad signs over sole custody of the children.

One cannot overestimate the tremendous mental health cost that this type of abuse inflicts on divorcing dads.  The trauma of divorce itself can be catastrophic, but the additional suffering of losing one’s relationship with his children can be unbearable.  The frustration is compounded when dads look around for help and see, essentially, a collective shrug.  Of course, there are limits to what a community can do, as cases of abuse, especially in divorce, are rarely clear-cut.  But as a clinical psychologist, I have seen firsthand the toll that all of this can take on a divorcing dad, when, in many cases, they have nowhere to turn for a listening ear or a helping hand.

Some readers may counter that there are equally, if not more horrific stories of men perpetrating violence against women, and that many women still do not receive the support that they need.  My response is that they are correct: despite the advances in the Jewish community providing support for women who are victims of domestic abuse, more needs to be done.  That reality, however, does not negate the equally true reality that men are victims in far greater numbers than we would like to admit, and they, too, deserve support and advocates.  Our community needs to do better.

About the Author
Rabbi Dr. Ethan Eisen is a licensed clinical psychologist who practices in Jerusalem and Bet Shemesh, and who writes and lectures on topics of psychology, mental health, and halacha. He co-hosts the Mental Health News Roundup, a weekly online program focusing on contemporary news related to mental health issues.
Related Topics
Related Posts
Comments