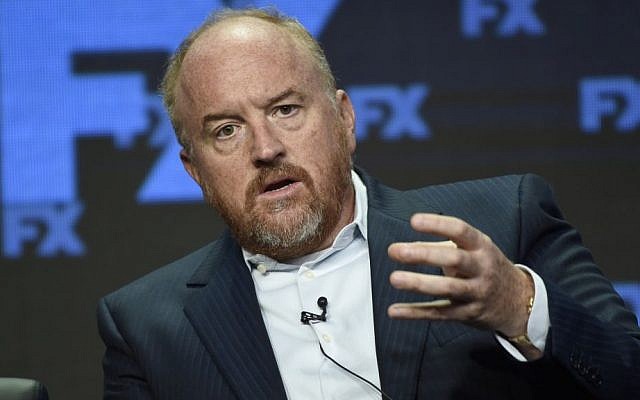 Have you ever made a firm, sudden decision that you’ve never regretted? I was part of a small group the other day when the leader asked us middle-aged folks that question. And about a third of the people had a perhaps surprising answer — “when I decided to divorce my husband.”

“Divorce is always good news. I know that sounds weird, but it’s true because no good marriage has ever ended in divorce. That would be sad. If two people were married and… they just had a great thing and then they got divorced, that would be really sad. But that has happened zero times.”

Now, of course, some good marriages die. But what C.K.’s statement makes clear beyond any doubt is how absurd it is to automatically reply with “I’m sorry” or “that’s sad” when someone tells you they’re getting divorced. Most of the people who tell you that are getting out of a terrible situation; they’re more likely to feel supported by “wow, it sounds like you’ve found the strength to really take control of your life,” than the usual “I’m sorry.” It’s a great reminder to spiritual caregivers like myself not to make assumptions.

I had a teacher once who had a great way of defining the important Talmudic concept of chidush (literally, a “newness”) — he said it’s a new idea that you immediately realize is true the moment you hear it.

A good chidush is rare. It’s special. In secular society, really great comedy is one of the few places we can find it in our everyday business. It’s one of the ways that comedy helps us do so much more than laugh — it has the power to teach us about ourselves, as individuals and as a culture.

So what do we have here then with C.K.? The classic case of a good teaching from a bad person? Can we, as the ancient rabbis wondered, keep the ‘good Torah’ but reject the person?

In Tractate Hagigah (14a-15b) the Talmud brings us its greatest wrestling with this question with the complex case of the story of Aher, or Elisha ben Abuyah. This was not just any Sage who ‘went bad’ by violating Shabbat and frequenting prostitutes. He was the teacher of one of the Mishna’s greatest figures, R. Meir. One Sage attempts to defend R. Meir in the course of the long debate, “R. Meir found a pomegranate, he ate [the fruit] within it, and the peel he threw way.”

So, can we still eat the ‘fruit” C.K. has given us while discarding the peel? And what exactly is the peel we have to discard? Is it any further contact with the man and with any further work he might bring?

Divorce is a dramatic way to turn our back on another person. The rabbis turned their back on Elisha ben Abuyah. But all indications are that he was an unrepentant heretic. He kept on doing bad things. There was no repentance. No Tesuvah. No saying, “I’m sorry.”

And some people did feel that C.K.’s official apology was insufficient, but It is surely more than Elisha’s nothing.

And what do we lose if we divorce Louis C.K.? What chidushim that we can’t even imagine now will we be deprived of along with their benefits to our lives and insight?

Punishment should fit the crime. I don’t claim to know what the proper punishment is here, but I will say that I don’t think we should put Louie C.K. in exactly the same basket as the likes of Harvey Weinstein and Roger Ailes.

Part of my core belief as a spiritual caregiver is in the power of people to redeem themselves, to change. There’s a scene in the Israeli movie Ushpizin that’s always had particular power for me. The main character, a once violent criminal who has become a hasid, has discovered that visiting friends from his criminal past have destroyed his most valued possession (1:23), a beautiful and almost unthinkably expensive etrog — the fruit required to celebrate sukkot — by squeezing its juice onto a salad. Murderous anger flashes in his eyes. His friends steel themselves for the deadly assault.

I don’t know what the future holds for Louis C.K., whether he will demonstrate for us the genuine repentance of the man in Ushpizin. I don’t know if he will stop doing the things he did with women. But I do know that his public wrestling in his comedy with the kind of common, normal sexual urges (that unfortunately grew into bizarre, abusive behavior with some women) has been valuable to me. I learned things from it. I learned to be able to express for myself that it’s OK to have erotic feelings for others. There’s no shame in that alone. But if I allow myself to follow up on those feelings — even just in thought and fantasy — with the people I work with, especially those I have power over, I’m starting to cross a line.

C.K.’s comedy taught me something about how it’s OK to feel creeped out and uncomfortable if I feel myself even starting to approach that line; those feelings are the alarm bells that can keep me from becoming an abuser (why C.K. didn’t listen to his own alarm bells I do not know).

I don’t want to lose the things that C.K. and the character from Ushpuzin have taught me about what it means to be a man in a world full of women — about how I can treat women as full human beings and not be ruled by my anger and lust. I want to be a person who has the Holy One’s help in being not just a man of passion, but also of peace and humility and respect towards all.

So, maybe we should have a trial separation with Louis before going straight to divorce. What do you say?

About the Author
Alan Abrams is a spiritual care educator who made Aliyah in 2014. He and his wife live in Jerusalem with their two "sabra" children. Alan is the founder of HavLi and the HaKen Institute, spiritual care education and research centers based in Jerusalem. A rabbi, Alan received a PhD in May 2019 from NYU for his dissertation on the theology of pastoral care. He was a business journalist in his first career.
Related Topics
Related Posts
Comments
Advertisement