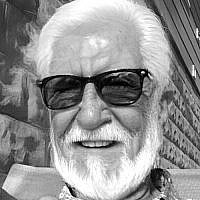 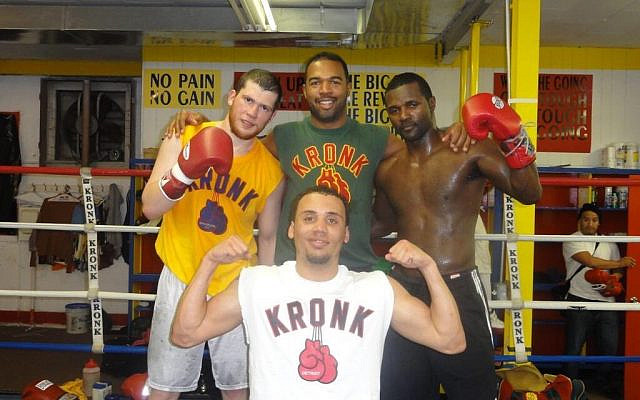 March 13, 2020 will feature a massive night of intense boxing matchups featuring some of the world’s best up and coming talent in a variety of weight classes. The event, hosted by Dmitriy Salita’s promotion company Salita Promotions, will take place at the Grand Casino Hinckley Events Center in Hinckley, MN. These Showbox special events, to be featured on Showtime Sports, have typically been the most opportune place for rookies to showcase their talent on a wide scale. For Salita, the once professional boxer, world-title challenger and observant Jew, dealing with the issues and stumbling blocks in terms of finding quality talent, proper promotion, and fighter motivation while maintaining his religious beliefs are all just parts of “doing what it is I do every day.” On top of all of the responsibilities that are presented to Salita, he still has the ultimate goal of establishing Detroit and the greater Michigan area as an American boxing epicenter for future generations to come.

Salita acknowledges that from the promotional side of the business, being that many larger showcase events take place on Friday night and Saturday, he has been put in a position where the average person may be forced to choose or rationalize between one’s belief in God and their occupational responsibilities. Salita’s priorities have always remained with God, and as such, refuses to work any of his personal events that fall out on Sabbath or holidays. For the average athlete or promoter, the concept of Sabbath would ultimately hinder anyone’s ability to grow within the sports community at any position. For Salita, this concoction of experiences and religious beliefs was exactly what he needed to not only build his brand from the ground up, but also to fulfil his lofty goal of bringing championship boxing back to Detroit.

From its opening in 2010, Salita Promotions has contracted with some of the most highly touted fighters across the globe. The Jewish boxer has established himself as a staple within the boxing community for differentiating himself from other promotional companies in tailoring matches to highlight the specific skills and notable attributes of his fighters. “It’s my job as a promoter to make sure every fighter does the best with what they’ve got in every possible way,” Salita said. Salita goes on to acknowledge that “It’s very important for up and comers to establish a fan base especially while they are climbing up the ranks. We craft these personas by emphasizing a fighter’s strengths as well as interests inside and outside the ring to ultimately broaden the scope of appeal beyond the usual boxing fans.” 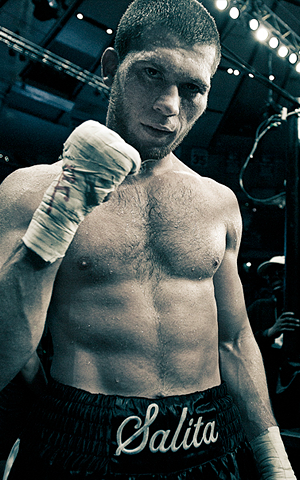 Although Dmitriy Salita and Salita Promotions have received an immense amount of acclaim during their rapid rise through the ranks, Salita feels humbled by his experiences and refuses to rest on his past successes – always driven to deliver on the next event or sign the next big prospect. “I am not that far removed from my boxing days and am still relatively young on the promotional side of the sport. It has been pretty special to me on a personal level to communicate with these same individuals in a different capacity. Every day I am anew; motivated to deliver for my clients and to offer fans the most entertaining possible experience,” Salita said.

The March 13th Showbox event will feature Salita’s next hopeful champion, a 29-year-old, undefeated featherweight hailing from Yerevan, Armenia, Aram Avagyan. Aram began his training at 10 years old before going on to win bronze medals in the 2013 and 2015 European Amateur Boxing Championships. In addition, Avagyan won the WBC International Silver Feather Title, and received unanimous victories over Francisco Esparza, who was also undefeated at the time, and Emanuel Lopez, the Mexican boxing veteran. Right off the bat Salita Promotions and Aram Avagyan were a seamless fit. Aram has publicly spoken highly of Salita’s ability to use his prior experience as an athlete to tailor his promotional events to highlight the strengths of his fighters while Salita has lauded his client for his desire to become a world champion at all costs. “He (Aram) has the talent and the work ethic. His upcoming fight will determine if he indeed is a force to be reckoned with in the featherweight division,” Salita added.

In discussing this matchup, Salita emanated the excitement saying “the two undefeated fighters in Avagyan and Aguero are both looking to take the next steps in their respective careers.” Aram is a former Olympian who has had a decorated amateur career. “His experience, skills and drive allowed me to recognize his world class potential. In reality, both fighters deserve admiration and respect for wanting to achieve greatness, but as the saying goes somebody’s ‘0’ has got to go. This is going to be an incredibly exciting match as it is not often you will see two undefeated fighters square off against one another this early on in their careers,” Salita said.

The overall event will feature 4 separate fights in the Main Event featuring Welterweights Brandun Lee (18-0, 16 KOs) and Camilo Prieto (15-2, 9 KOs) who will engage in a 10 round bout. Brian Norman Jr.(16-0, 14 KOs) and Flavio Rodriguez (9-1-1, 7 KOs) will battle in an 8 round match of welterweights, while Alejandro Guerrero (11-0, 9 KOs) and Jose Angulo (12-1, 5 KOs) battle it out in the super lightweights class. The final match of the evening will feature featherweight fighters Aram Avagyan (9-0-1, 4 KOs) and Dagoberto Aguero (15-0, 10 KOs), the former being personally represented on Dmitriy Salita’s Card under Salita Promotions.

When asked about the revival of championship boxing in Detroit, Salita explained that historically, Detroit and the entire state of Michigan have produced some of the most talented fighters to date in Floyd Mayweather, Thomas Hearns and Claressa Shields (also under the Salita banner). The goal in this endeavor is to offer talented fighters a consistent platform where individual fighter’s exposure will allow for a connection to the great sports fans of the city. Detroit is one of the few cities in the US that has all the major team sports. It is ironic that boxing has been the sport to bring Detroit glory with its most recent world titles as Claressa Shields became the WBC Super Middleweight World Champion in 2017 during the televised event that took place at MGM Detroit. 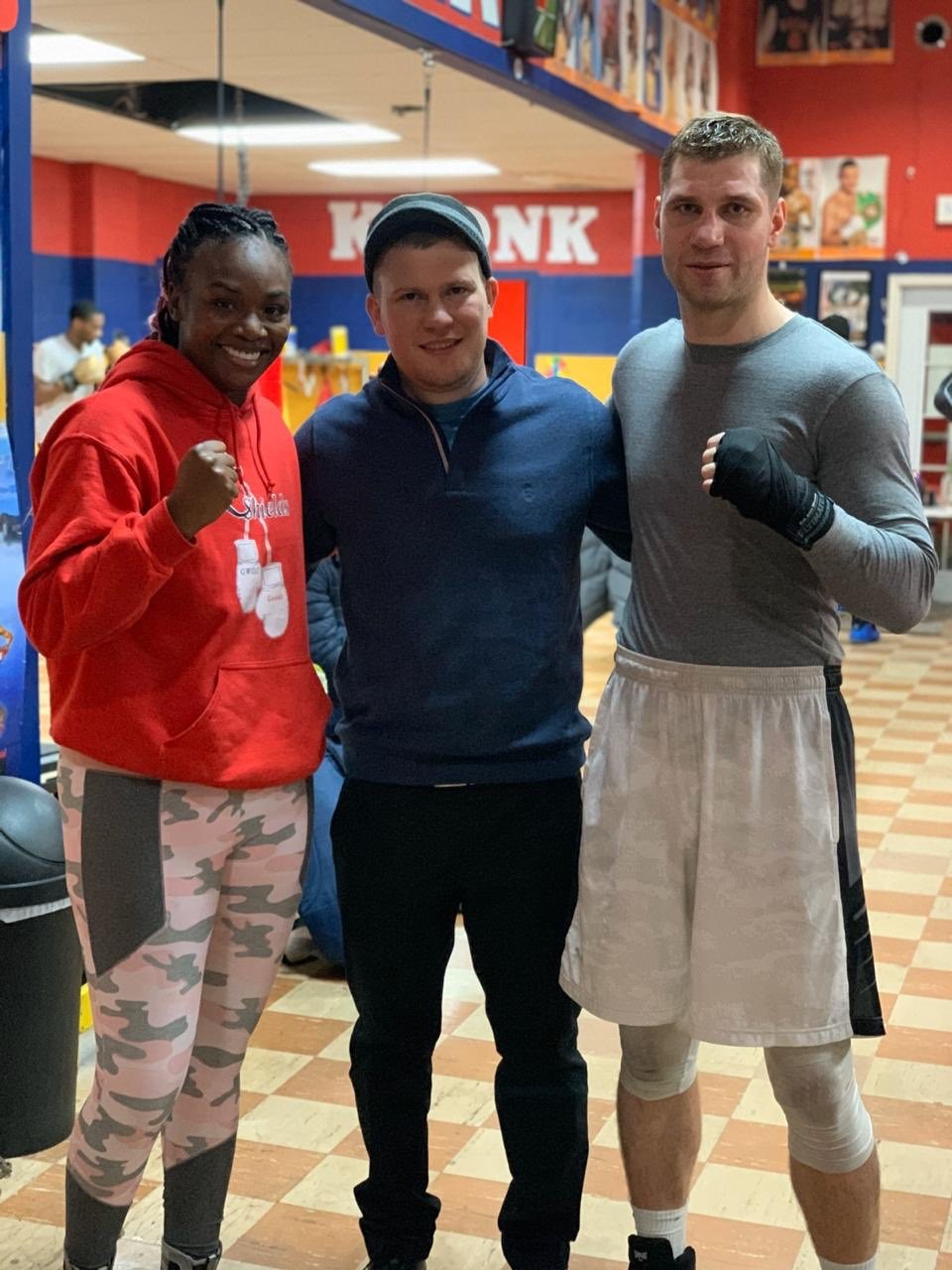 “Our plan is to continue to build a development platform vis-à-vis our Detroit Brawl series while continuing to bring big events to Michigan,” said Salita. Paid promotion aside, Salita entreats that the most efficient means of growing the sport to healthy longevity, is through youth engagement. As a teenager training in Starret City boxing club in Brooklyn, NY, Salita was constantly surrounded by championship winning, top caliber boxers who were training for large NYC showcase events with significant purses. That was the impetus that inspired Salita to train hard and believe in his abilities. Salita truly believes that the theme of Detroit being America’s Greatest Comeback City can help capture the hearts of boxing fans and establish itself as one of the hubs of American professional boxing in the near future. For the Detroit boxing market, there are plenty of talented young boxers looking for opportunities, but not enough local champions that have the potential to develop a big stage, a fanbase, and an official persona in their hometown. “It is essential for youth fighters who are training in these Detroit gyms to be given the same opportunities that I had; to see that the professionals from their own gyms are ultimately going to fight on television and in massive Detroit venues, for a lot of money,” Salita concluded.

For the last several years Salita Promotions has gone on to bring some of the best international talent, undefeated fighters included, to generate buzz and run training camps out of the legendary Kronk Gym in Detroit. Under the guidance of Javan ‘SugarHill’ Steward who is widely regarded as one of the best trainers in the sport, Kronk Gym has been home to some of the most successful boxing champions in history. The highly competitive, organized atmosphere is a truly intense yet intimate environment where several of the worlds best fighters in Kolbeinn Kristinsson, and the Bonas brothers have come through Kronk’s doors. Salita says “the ultimate goal is not only to try to bring top boxing events here to Detroit but also trying to strengthen the sport’s foundation with Detroit being a top training destination for international talent.”

Salita’s own Aram Avagyan is currently undergoing the same advantageous style of training that Salita has deemed so important. In the mornings, Aram trains at Kronk gym alongside the world renown fighter Vladimir Shishkin, as well as the undefeated Apti Davtaev (who will be fighting on Showtime March 28th). In the afternoon, Aram does running exercises as well as strength and conditioning training under the influence and coaching of Javan ‘SugarHill’ Steward. “He is one of the best in the business,” Salita said. “I have seen his (Aram’s) overall boxing ability improve drastically as he has gotten top quality sparring and looks to be ready for this fight” as a result of his time spent with experienced individuals in a historically significant gym Salita added.

And yet, for the fighter turned promoter with huge aspirations for the sport of boxing, his sights are still set firmly on March 13, Salita said “(Shobox) has been the proving ground for some of the best prospects in the sport. Many went on to become world champions and many undefeated fighters had their first loss.”