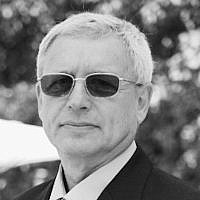 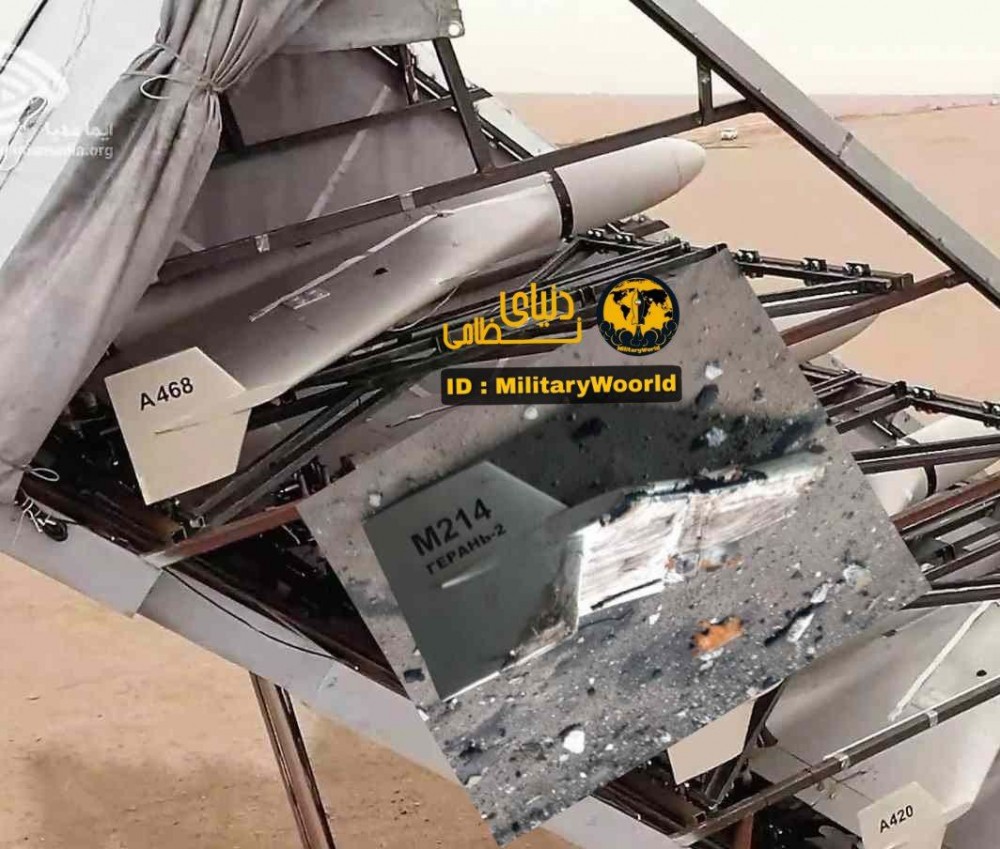 “Amicus meus, inimicus inimici mei” or “The enemy of my enemy is my friend“, – an ancient European proverb.

a Russian delegation has visited an airfield in central Iran at least twice in the last month to examine weapons-capable drones, according to national security adviser Jake Sullivan and satellite imagery obtained exclusively by CNN.

Iran began showcasing the Shahed-191 and Shahed-129 drones, also known as UAVs or Unmanned Aerial Vehicles, to Russia at Kashan Airfield south of Tehran in June, US officials told CNN. Both types of drones are capable of carrying precision-guided missiles.

A Russian delegation has visited an airfield in central Iran at least twice in the last month to examine weapons-capable drones, according to national security adviser Jake Sullivan and satellite imagery obtained exclusively by CNN

We have information that the Iranian government is preparing to provide Russia with several hundred UAVs, including weapons-capable UAVs,” Sullivan told CNN in a statement.

On October 26, 2022, during the talks between Israeli President Isaac Herzog and President Joe Biden focused heavily on Iran including Islamic Republic’s nuclear development program and the supply of unmanned aerial vehicles (UAVs, drones) to Russia, Herzog said that “Through a visual analysis, the Israeli defense establishment has established that there are UAV fragments in Ukraine that are identical to those developed in Iran”.

Evidence provided by President Herzog to US Government officials included images of an Iranian UAV engine downed in Ukraine, demonstration of Iranian-made Shahed-136 exploding drones prepared for launch as part of an exercise in Iran in December 2021 and an engine the Islamic Republic presented at an expo in October 2014 – all of which are “identical in their structure, dimensions, and numbering” as those used against Kyiv by Moscow

But frankly saying, the German Limbach L550e as well as its Chinese MD550 and Iranian MADO-made clones seems visually as the same UAV engine. 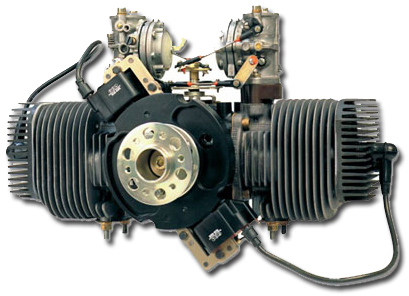 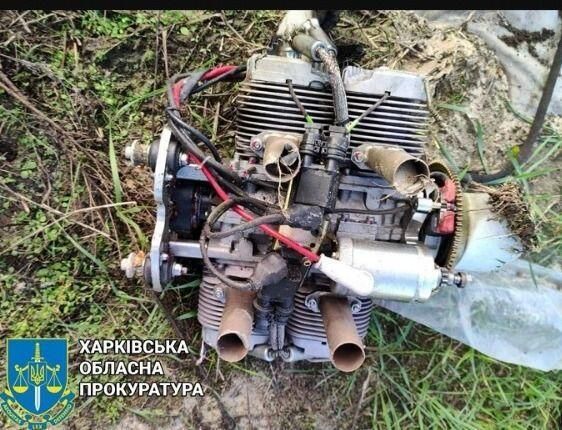 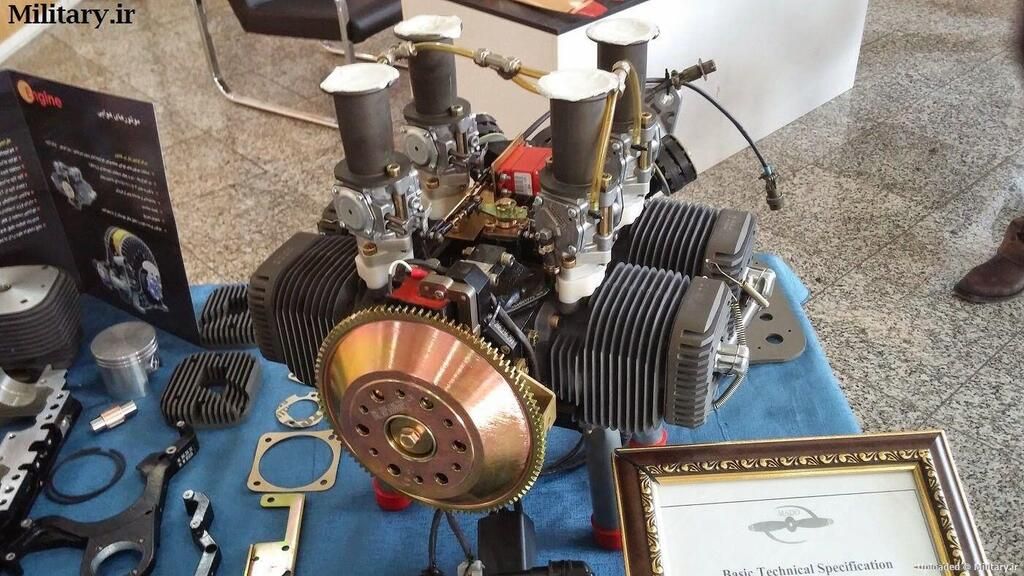 To make the correct judgement, the recognized and proven key evidence can only be a factory engraving of the manufacturer’s trademark on the engine case.

Indeed, Tehran and Moscow has the long-term history of the direct as well as indirect military ties. As the West heaps sanctions on Russia and the costly campaign drags on, Putin is seeking to bolster ties with Tehran, a fellow target of severe US sanctions and a potential military and trade partner. As ancient proverb says:  “The enemy of my enemy is my friend“.

But amid military aid providing to Ukraine by a wide range of countries which partly have historically been in military conflicts including WWI and WWII with Russia during many centuries, any foreign assistance to Russia by their alies is seen as a legal act too if international legal agreements are observed. 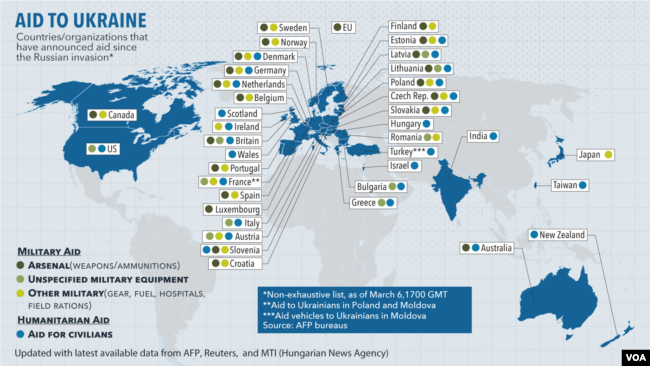 Aid to Ukraine: Countries and organizations that have announced aid since the Russian invasion (Source: Voice of America).

However, it seems that despite the international consensus insisted on the identity between the Iranian Shahed-136 and apparently Russian made Geranium-2, they are not the same “kamikaze” UAV due to the several differences. Indeed, we can assume that some Iranian technological solutions are implemented in Geranium-2 as well as Iranians used the technical solutions of the Israeli Harpies and their China-made ASN-301 licensed clones. But, meanwhile, being equipped with the Russia-made flight control microcontrollers and the GLONASS chips of the ARM7 produced on the basis of a 130-nm technological process, which has been mastered by Russian chip manufacturers in contrast to the flight control unit of the Shahed drones contains five custom printed circuit boards (PCBs) with the US’s Texas Instruments TMS320 F28335 processors, Geranium-2 seems much more sophisticated loitering munition than the Iranian Shahed-136.

According to the Ukrainian sources, the Russian military industry provides a wide scale of the combat UAV’s. 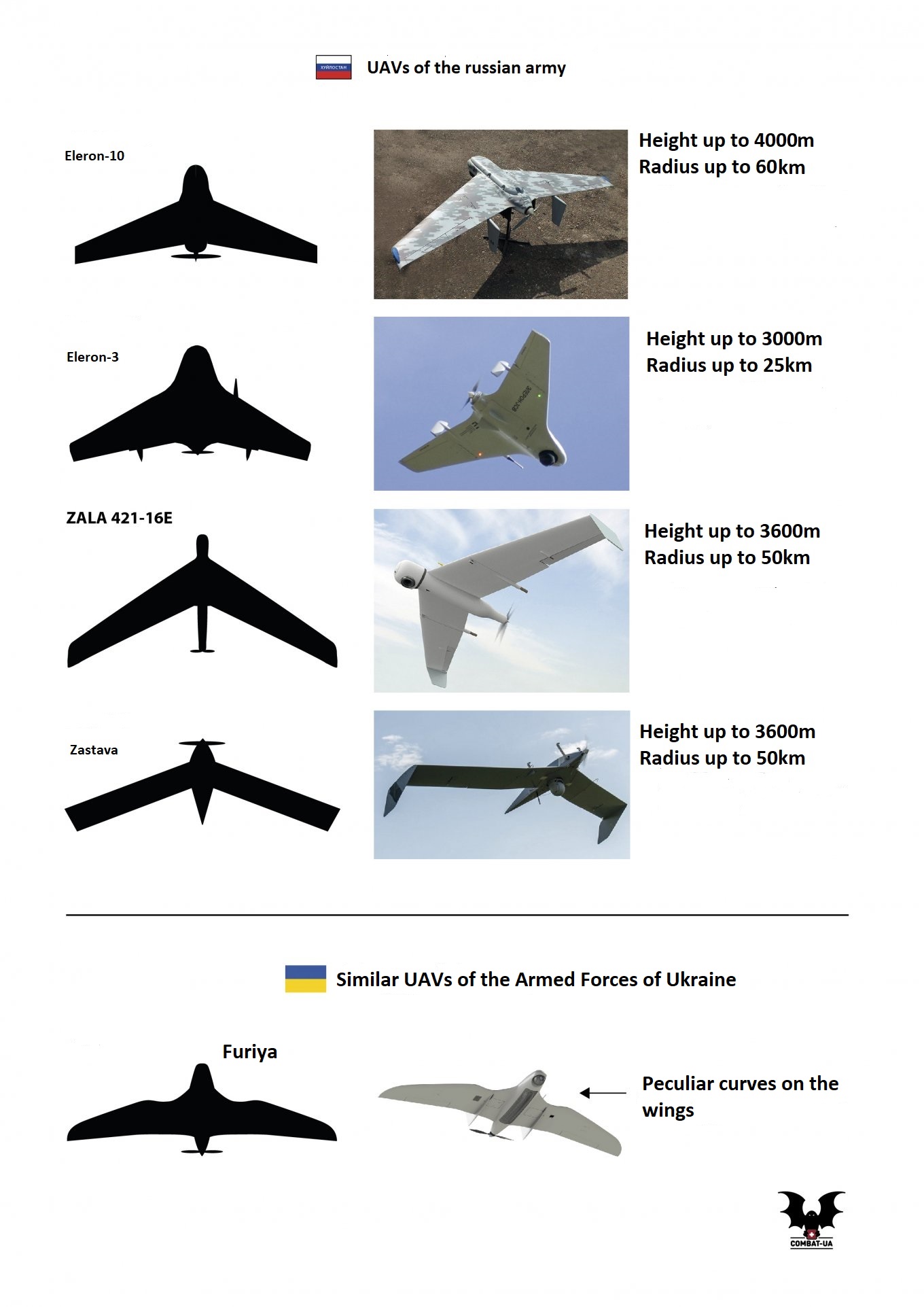 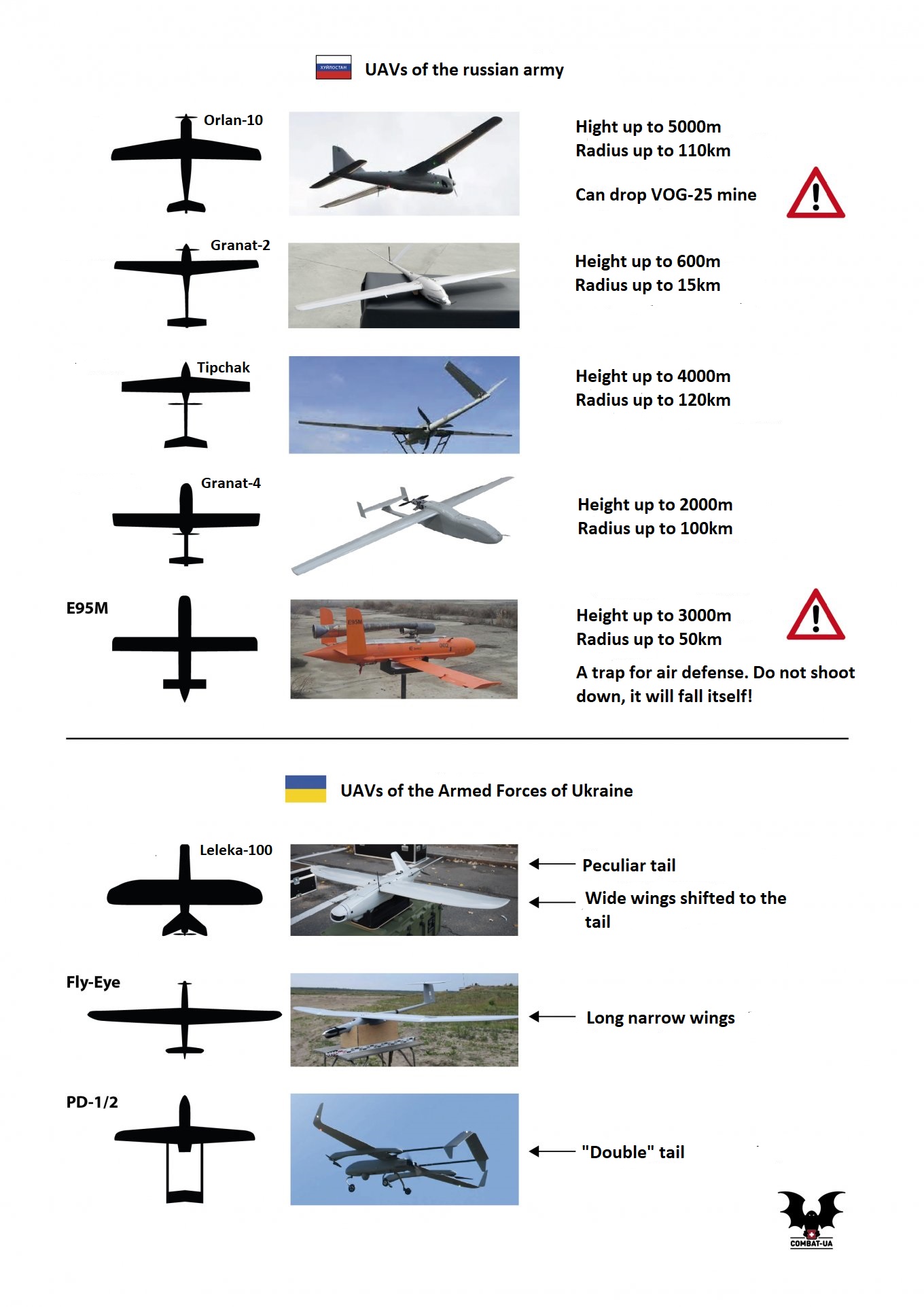 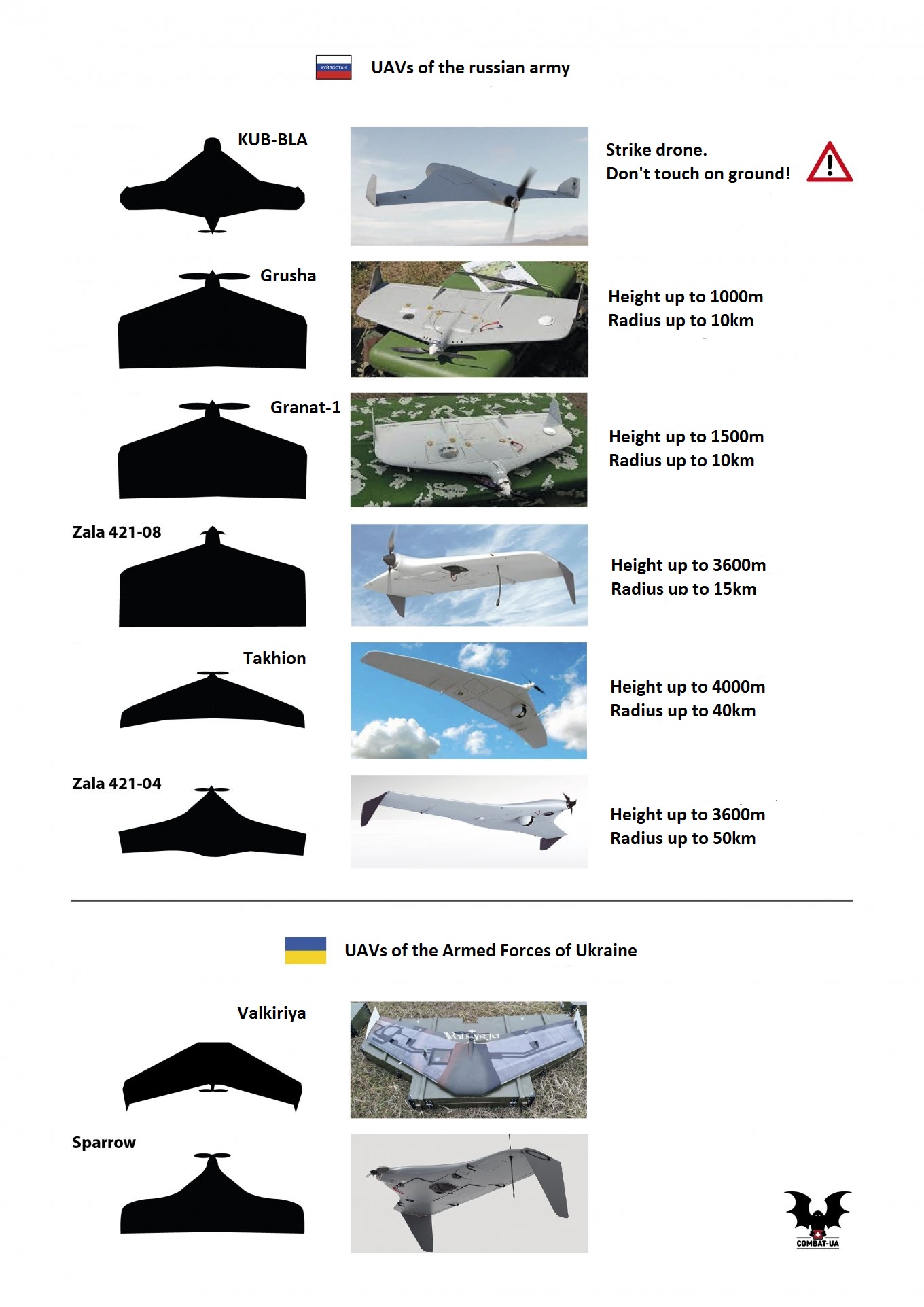 But in February 2022, the need to fill two additional tactical niches that required urgent technological solutions was practically proven in combat. One of them, concerning long-range loitering ammunition and accounting for approximately 20% of all recent Russian strikes, was made up by the use of Geran-2.

Indeed, the Russian military delegation, apparently spotted at Kashan Airfield in June, probably visited several Iranian military bases involved in the Iranian UAV program. But, the Shahed-191 and Shahed-129 drones reported by CNN were not seen delivered to Russia and were not used against Ukraine. It can be also assumed that the allegedly spotted Russian military delegation arrived to prepare for holding joint military games in the UAV specialty (“Falcon Hunting”).

On August 17, 2022, The Aerospace Forces of the Islamic Revolutionary Guard Corps (IRGC) have confirmed a joint UAV exercise with Russia at the air base in Kashan. APA’s Tehran bureau reported that Belarus and Armenia also participated in these exercises. The official representative of the exercises, Ali Bilali, noted that these exercises were held as part of the “International Military Competition 2022” initiated and conducted by the Russian Ministry of Defense annually. Anyhow, Ukrainian officials and their allies have already accumulated enough technical information about this type of drones, but they are silent and spread disinformation for their own reasons.

More… From the factory, the Shahed has an inertial guidance system – not too accurate, but Russians upgrade the guidance for their version of GPS. “…GLONASS control units were recorded. ” Stephen Reed, AGI researcher and former DARPA projects contributor, tweeted on October 17,2022..

As it was stated by the author within his previous publications: “Be that as it may, and to sum up what was written above, the State of Israel and their IDF must cover their cards and stick to the National Strategy in order to survive in this crazy world.”

On October 20, 2022, the currently in charge Israeli PM Yair Lapid said to RTVi on October 2022 that “The fact that they (Russians) use Iranian drones to kill Ukrainian civilians is absolutely unacceptable” and talking with the Ukrainian MoFa Kuleba, Lapid promised that Israel can do more for Ukraine if he remains prime minister after the elections.

Meanwhile, on October 23-24, 2022, the currently in charge Israeli MoD Benny Gantz, early emphasized that Israel stands with the Ukrainian people, spoke with his Ukrainian counterpart Oleksii Reznikov of commitment to Ukraine, but reiterates that “operational limitations” prevent Jerusalem from providing Kyiv with weapons.

In a few days, having come to the polling station, millions of Israelis will face a difficult choice not only of the new government, but also the choice of the interests of which state the Israeli Defense Forces (IDF) should defense.

About the Author
Alexander Portnoy holds an MSc EE degree being an internationally experienced (40+) expert in Military and Mission Critical sectors as well as currently is an OSINT Analyst in Geopolitical and Military affairs focusing on Russia and China including their participation in the Great Power Competition in the Middle East as well as advising the Israeli Intelligence Community, Knesset Lawmakers and War Reporters.
Related Topics
Related Posts