Amidst the tensions developing in the old city, Al-Aqsa’s status quo faces severe existential threats. After the horrendous terrorist attack earlier this week, Israel has found no other alternative, but to increase security measures in order to protect both Jews and Arabs alike. There is absolutely no strategic or political aspiration by the current cabinet to alter the arrangement with the Wakf (Temple Mount Palestinian Authority) and cause havoc among the Arab world. With thousands of Arabs protesting in Istanbul, Beirut, and Amman, instability approaches at a pace that is unaffordable by the ongoing peace efforts. Jordan, Turkey, and Lebanon have denounced Israel’s security measures as attempts to alter current arrangements and have avoided recognizing the need to improve safety procedures in perhaps one of the most disputed territories that history has witnessed. However, Arab nations should not be fully blamed for their stance on this issue, the Palestinian Authority is. As Abbas continues to declare his support for jihadism and violence against settlers, leaders of Arab nations have little choice but to support the anger being stirred in the West Bank by the leadership. Following the riots throughout checkpoints and in the outskirts of the old city, the Palestinian leader and “alleged” partner for peace has declared the following statement:

“We bless every drop of blood that has been spilled for Jerusalem, which is clean and pure blood, blood spilled for Allah, Allah willing. Every martyr will reach Paradise, and everyone   wounded will be rewarded by Allah,” he added, in a clear call for terrorist “martyrs” who  die during attacks against Jews.”

While this vocabulary may remind many of the Ayatollah Khomeini, or maybe ISIS, this is coming straight from the individual to who which many, including the Israeli-left, consider him a reliable partner for future agreements.

As for the United States, it is imperative that mediation takes place urgently. Underestimating the simplicity of Palestinian riots, which is ultimately encouraged by their leadership, can lead to terrible repercussions. After all, it only took a visit from former Prime Minister Ariel Sharon to the Temple Mount to trigger the second intifada in September 2000. Israel’s cabinet will not reduce the security measures logically imposed following the terrorist attack- it cannot be expected of any sovereign nation to do so. While Abbas continues to infuriate his constituents with anti-Semitic remarks and hateful rhetoric, more security measures will need to be taken and the cycle of violence will continue. Unless the Palestinian Authority is immediately pressured to cooperate with Israeli security measures and halt the incitement of violence, the Wakf will continue to lose sovereignty over Temple Mount affairs. 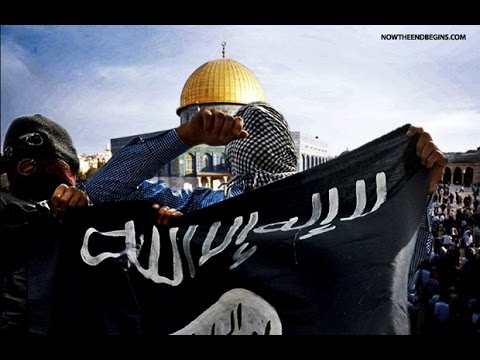 Results of Abbas’ encouragement of violence against the Jews

Another two Palestinian rioters have died today. Casualties continue to escalate and it seems the world persists in holding Israel to different standards. From the Vatican to Mecca and Medina, nations such as Saudi Arabia, Italy, and other European countries have implemented significant security measures to protect their shrines, temples, and monuments. Why should Israel be held to a different standard? Most importantly when the Palestinian Authority refuses to assume any responsibility for the growing threats of terrorism throughout Jerusalem, the West Bank, and the rest of Israel. However, this terrorist attack cannot be treated as a lone-wolf incident. As long as the international community continues to refer to settlements as: “the” main obstacle to the peace process, terrorism will continue to be given a safe haven. The preaching of anti-Semitism throughout mosques and schools in the West Bank, as well as the constant attempts to pursue victimization by defining Israel as an apartheid state, continue to serve Mahmoud Abbas’ efforts to delegitimize the State of Israel. It is this defamation of Israel that permits the leader of the Palestinian Authority to successfully excuse, encourage, and fund terrorism.

Israel’s security measures must not crumble down to international pressure and America must coerce Abbas to finally assume the role of a genuine peacemaker and abandon all tactics of terrorism just as Arafat did in 1988, or at least claimed to have done so in a public forum. If peace is to have a chance, civilians must stop paying with their lives.