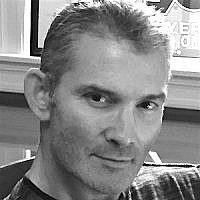 The Blogs
Lee Lasher
Apply for a Blog
Please note that the posts on The Blogs are contributed by third parties. The opinions, facts and any media content in them are presented solely by the authors, and neither The Times of Israel nor its partners assume any responsibility for them. Please contact us in case of abuse. In case of abuse,
Report this post.

First let me tell you about my Passover Seder consisiting of 3 generations of my family. My father-in-law, Philip Zimmerman, born in Belgium and hidden as a child for 5 years with a French Catholic family. He only survived the holocaust because of this family.

He came to America when he was 18, married my mother-in-law and eventually settled in Teaneck, NJ and was an asisstant principal in Truman High School in the Bronx.

Me, a third generation American. My grandfather having fought in WW2 and awarded a silver star and bronze star and my wife and 3 children and son-in-law. At the end of the Passover Seder we say “next year in Jerusalem”. For almost 2000 years Jews said this as a hopeful prayer. Think of the power of that moment as we said these words “next year in Jerusalem” actually in Jerusalem, the capital of the State of Israel. I read that over 90% of Jews in israel celebrated the Passover seder with family and friends. “Do you believe in miracles”

The Israel I see on my visits consists of a multicultural society of all colors and backgrounds, Jews and Arabs, Christians and Muslims. Jews who have returned to Israel from places like Russia, Europe, America, Ethiopia, India, Yemen, Syria, Morocco, Egypt, South America, and other places.

I see great musuems, culture, historic sites, art, food, and wine (and i’ll get back to wine). Of course things are not perfect (and are they perfect anywhere?) But don’t let the anti-Israel forces who advocate boycott, divestment and sanctions fool you. If you are anti-Zionist and anti-Israel you are against the Jewish people and Jewish peoplehood in our one and only homeland.

Let me be clear this is not about the peace process. How do I know? Listen to this recent quote from a 23 year old Israeli: “I see how israel is misrepresented in the media. They’re accusing Israel of apartheid and you know it’s not true but if you don’t stand up and say it’s not true, a lot of people are going to believe these lies. All I hear is propaganda, lies and seriously I thought they wanted to boycott israel because they want peace, but they’re not talking about peace, just boycotting israel”. Who was the 23 year old Israeli who said this? Rabea Bader, an Israeli Arab computer science and economics student from Tel Aviv University who recently visited Canadian colleges to speak the truth. “Do you believe in miracles.”

On May 11 Israel commemorated Yom Hazikaron or Memorial Day for the over 25,000 soldiers and victims of terror killed defending the Jewish state. On May 12 they celebrate Yom Ha’atzmaut or Independence Day, a tremendously joyous day that Jews prayed for and dreamt about for centuries.

How do you go in the span of 24 hours from such saddness to such joy? Many say this is one of the secrets of Jewish resilience. That sense of hope never fades. I have seen this feeling of hope over despair often as Vice President of the Koby Mandell Foundation which provides therapies for hope and healing for victims of terror and their families including their flagship program “Camp Koby”, a camp for children of all ages who has suffered a loss in their family due to terror or other tragedy. The kids at camp koby laugh, play, smile, create art and more. Ironically Camp Koby has been described as the happiest place in Israel.

And I want you all to know Camp Koby usually has a Passover reunion camp for a few days but this year it appeared they would not have the funding. Our local Northern New Jersey Jewish Federation stepped up with the lead gift which helped KMF raise the necessary funds and over 250 kids got to have their camp and bond and heal. We, as a community, made that happen. Now back to the wine – I personally have raised money for KMF by doing an 80 kilometer 5 day hike in Israel. On one such hike a couple of years ago in the northern part of Israel, we hiked down from Har Bental into a picturesque valley between two mountains. It was breathtaking scenery. As we got into the valley we suddenly turned a corner and came upon a beautiful wine vineyard and I saw the name of this vineyard was “El Rom”. I’m a big wine fan and this vineyard is known to produce some of the finest, rarest award winning wines of Israel and as we hiked next to the vineyard we heard an incredible story from 1967. It seems when Israel was victorious in the 1967 “6 day war” and captured the Golan Heights they came to this particular spot and found a mock kibbutz set-up with various rooms, locations all marked in Hebrew.

This was used by the PLO to practice training for terror attacks against kibbutzim in the northern part of Israel. This even included practice for raiding the children’s area of a kibbutz. Israel tore down this despicable place and planted these incredible vineyards. This is hope over despair and darkness. “Do you believe in miracles.”

Ladies and gentlemen, elected officials of NJ none of these miracles would be possible without your support and the great support and friendship of the USA, Israel’s greatest friend. We cannot thank you enough for this and we encourage you to continue to visit israel on Federation missions or on your own and see for yourself what Israel is really about and what your partnership means

“Do you believe in miracles?” – I do and have seen it with my own eyes and it is thanks in great part to each of you here today partnering and supporting Israel and making a difference. Thank you, happy Israel Independence Day and god bless each of you.

About the Author
Lee Lasher is co-managing director of Amlon Resources Group LLC, www.amlonresources.com, an international raw materials trading & environmental management company. Lee has taken active leadership roles in various Jewish community & Israel based organizations and projects; he has been president of Congregation Ahavath Torah in Englewood, NJ; co-founder of Unite4Unity, an innovative grassroots, lay leadership-driven organization that seeks to create interesting dynamic and social programming and opportunities for Reform, Conservative, Orthodox, unaffiliated, and all Jews; board member and vice president of the Koby Mandell Foundation, which provides innovative therapies, healing groups, camps and other programs for victims of terror and other sudden, tragic loss in Israel and their families; Keep Jerusalem, a nonpartisan organization founded to educate the public at large as to the importance of a United Jerusalem under Israeli sovereignty; and vice president & officer of the Jewish Federation of Northern New Jersey. Lee was a Berrie Fellow in cohort 3 in the Berrie Fellows Leadership Program. He lives in Englewood, with his wife, Cheryl, and has three children, Gabrielle Moskovitz (married to Jake Moskovitz), David & Jake.
Related Topics
Related Posts
Comments