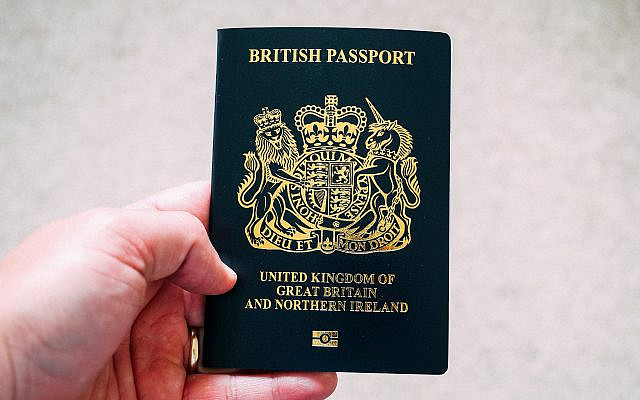 Is There a Visa In Here? (Free-to-Use with thanks to Ethan Wilkinson)

Lately, there has been a lot of talk about the difficulty in getting a visa for the United States of America. (US visa applications for thousands delayed – Jerusalem Post June 10 2022)
How to apply? – seems to be the question of the day, but the more important question is…..
Why would anyone want to visit the United States?

It is difficult to find anything that would attract the would-be tourist. The country is a modern-day invention; a land stolen from its original inhabitants. The occupation has been going on since the first settlers arrived from Europe in 1607.

Yes, they have only been there a little over 400 years.
While this might impress the uninformed masses, it hardly compares with the 4,000 years since Abraham moved to the land of Israel to live with his family and raise his children. Thinking of the future, he took care to purchase land to bury his wife and himself.

With no historic cities to offer, certainly nothing to rival Paris, Rome, or London, what natural wonders are there to draw the tourist to the USA?

Well, there is a salt lake. Salt Lake City is the capital of the state of Utah. However, it is not clear how long this lake is going to last under the twin threats of climate change and rapid population growth. The lake is shrinking, leaving a bowl of toxic dust that could poison the air around the city.

If you want to see a better example of a salt lake, try Israel’s Dead Sea. And as a bonus, it is the lowest point on Earth. But don’t wait too long. The Dead Sea is also shrinking and may be completely gone by 2050 if steps are not taken to avoid this disaster. Luckily there is such a project in the, er, pipeline.

The proposed pipeline from the Red Sea to the Dead Sea is a canal that would help resolve several issues. It would provide much-needed freshwater, stabilize the level of the Dead Sea, and encourage collaboration between Israel and neighbouring Jordan.

You might be tempted to see the Niagara Falls. You have a little longer to visit this attraction, it is expected to crumble and disappear in about 15,000 years. In the meantime, an easier and cheaper alternative is Israel’s highest waterfall in Gamla National Park. The Gamla Waterfall drops more than 50 meters into a canyon before flowing on to the Sea of Galilee.

If you are lucky enough, and find yourself holding a US visa, you might want to see Florida’s coral reefs. But they are falling victim to stony-coral tissue-loss disease that is destroying the reefs. Most of the world’s coral reefs are expected to die by the end of the century, if not sooner. Soon, the only place to see the corals in the US will be behind the windows of the newly-opened Florida Coral Rescue Center.

However, although sea temperatures in the northern Red Sea are rising faster than the global average rate, corals have not been affected. They seem to “remember” a time in their existence when they lived in waters with temperatures in excess of 33 degrees.
The BBC, not always an enthusiastic promoter of Israel, has a report on The Super-corals of the Red Sea. It tells us of the work in the coral research lab at the InterUniversity Institute for Marine Sciences on the Gulf of Aqaba in Eilat, Israel. (They couldn’t bring themselves to use the correct name – Gulf of Eilat.)

And so, dear reader, if you were looking for an answer to why should you visit the United States – you won’t have found it here.