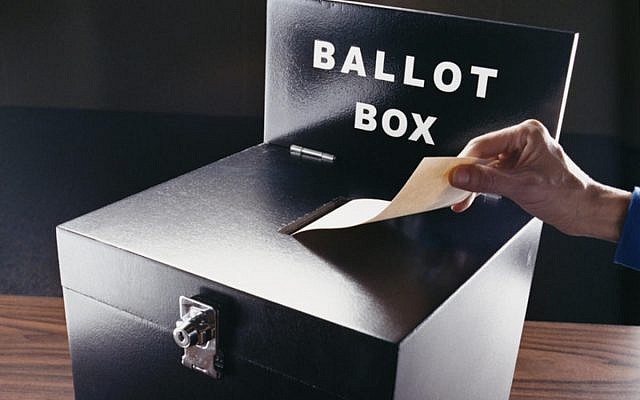 Is Israel a democracy?  Does having elections every 3-5 years make a country democratic?  The old Soviet Union used to have elections as well, but they weren’t exactly democratic.  Fundamentally, what makes or breaks a democracy is whether the citizens are allowed to choose their representatives.

I was born and raised in Chicago, a place where my vote, as the story goes, may actually count for more than it should.  But Chicago politics aside, America is a country where there is representation on a local level.  You can call your representative in Congress and express your support or opposition to what they are doing.

Israel doesn’t have that.

Instead, we vote for parties.  The parties themselves determine who is on their lists, and those people enter the Knesset based on how much support each party gets from the electorate.  In some parties, the leaders at the top simply decide who is going to be on their list.  In other, somewhat more democratic parties, members of the party’s central committee get to vote in primaries to determine the makeup of their list.  But what about you?

Do you, the voter, have any say in the makeup of the parties you are voting for?  And if not, is it really a democratic process?

In America, most states have a primaries system, where regular voters have the opportunity to determine which of that party’s candidates will be on the ballot for the actual election to office.  Some of those states require you to be a member of the party whose primaries you vote in, which is reasonable.  But not everyone wants to belong to a political party.  Not everyone wants to pay dues, and subject themselves to endless phone calls and emails from a party, just so that they can have some say in who they vote for.

Some states even have open primaries.  Illinois (where Chicago is located) is one such state.  When I used to live there, I would go to my polling place on primaries day, and ask for either a Democratic ballot or a Republican ballot.

Can you even imagine such a thing happening here in Israel?  Can you imagine an Israeli political party allowing the general population any say whatsoever in the list they submit for elections?

There have been parties who have talked about the possibility of open primaries.  Meretz did at one point, but the-powers-that-be in Meretz decided against it.  I’m not sure why.  They claim to be pro-democracy, but maybe this came too close to endangering their power structure.

There is one party, however, which decided almost two years ago that it would have open primaries.  It has pushed forward towards that goal without distraction and without hesitation.  And this month, on January 29, if you are an Israeli citizen, aged 17 or older, you will have the opportunity to vote in the Zehut open primaries.

It doesn’t matter if you agree with all, some, or none of Zehut’s program.  You can read the party platform, or even a summary version of it, if you want to see what that entails.  I’m not going into that here, because my goal isn’t to get you to vote for Zehut in the Knesset elections.  It’s only to get you to vote in the open primaries.

Why vote in Zehut’s Open Primaries?

It’s hard to make things change in Israel, politically speaking.  We’ve been trying to put together a Constitution since the Declaration of Statehood, and haven’t had any success.  In fact, the Constitutional Convention that was supposed to accomplish this gave up and declared themselves the First Knesset.  No joke.  That’s where the Knesset came from.

The only way to make a real change in Israeli politics is for the general public to demand that change.  By voting in Zehut’s Open Primaries, you are telling the voters of every other party that they should be demanding the same from the party they support.  In the end, Israeli democracy will become far more representative if parties open up the process of creating their lists.  And when you go to vote in April, you will see lists with candidates that you chose closer to the top.

This is something that everyone in Israel should support.

The Zehut Party, under Moshe Feiglin, may be the first party in Israeli history to have Open Primaries, but we don’t want it to be the last.  Send a message to your party and the entire electoral system in Israel.  On Tuesday, January 29, vote in the Zehut Open Primaries.  All you have to do is go to http://bit.ly/zehutprimarysignup and register.  You can do this on your desktop computer or on your phone.  In order to ensure that there is no voting fraud, you will need a scan or a photo of your Israeli ID card.  Even if you aren’t currently present in Israel.  And on January 29, you will be able to vote from your computer or your phone, from anywhere you happen to be.  Perhaps seeing this work will drag the election commission into the 21st century and lead to Knesset and municipal elections being available without the need to stand in line at a polling place.

Voting in Zehut’s Open Primaries does not indicate support for the Zehut Party.  You should vote for whichever party reflects your positions.  But for one day this year, you can take the power of a central committee member and help determine the composition of one of the lists you’ll see at the polling place in April.

Take this chance to have your voice count in Israel.  You’ll be glad you did.