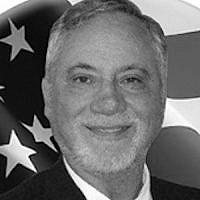 Do you want to know what terror is?

Ask the Englishmen who witnessed the bombing of

London by the Germans U2 missiles during World War 2. The English and the Americans responded by sending thousands of bombers on a daily basis and turned German cities into rubble.

Over 1000 rockets have been fired into

Israel‘s largest cities including Tel Aviv and Jerusalem this past 10 days.

5 million Israeli civilians plus are living under fire or in bomb shelters.

Israel is no exception.

Could Americans visualize 1000 missiles coming across from

Mexico what would America‘s response. Americans must realize, Israel is in the same situation – response must be immediate, forceful and complete, no holds barred.

If it happened to any other country, the response would be destroy them at all costs, do not worry about collateral damage.

Russia‘s Putin would wipe them and their territory of the face of the earth – world opinion be dammed. Israel must complete the job this time. Destroy Hamas, Fattah and all the terrorists once and for all. We do not want a repeat performance a few years from now – it will only get worse.
Advertisement

Lebanon is already starting to shoot missiles at Israel.

Next in-line are the Iranians.

How about utilizing the laser weapon technology to destroy the rockets.

Do not even mention a cease fire – it is out of the question, until the terrorists and their infrastructure is turned into dust. All violence must be stopped. This is an all out war and unfortunately innocents suffer and pay a price.

Do not ask to make peace – peace with who Abbas, The Munich massacre murderer and Abbas the leader of the Palestinian authority who mastermind of The ACHILLE LAURO HIJACKING and murder of an elderly man in a wheelchair. Abbas has a murder conviction with life in prison, he is an escaped convict.

About the Author
YJ Draiman ran for Mayor of the city Los Angeles in 2013. He was sworn in as an elected member of NENC, Los Angeles in April 2010 and was re-elected in 2012 and 2014. YJ Draiman brings to the NENC Office a unique combination of government, business and community leadership experience. He is also a member of The Northridge Vision Committee. A recent ambitious goal by YJ Draiman is to create in Los Angeles an innovative renewable energy zone approach which will create tens of thousands of new jobs with billions in investments over the next 5-10 years. YJ Draiman is a former Real Estate developer with over 20 year’s experience; he has worked extensively in gentrifying neighborhoods. YJ Draiman has vast experience in the deregulation of Utilities and implementing energy and water conservation. He is an Energy Efficiency expert for over 25 years as well as an Alternative Energy authority and a Telecommunications auditor. YJ Draiman has been working in the Energy and the Utility markets for over 20 years. In January 1996 he was asked to run for U.S. Senate, but he declined. YJ Draiman is currently working on his PHD in energy conservation.
Related Topics
Related Posts
Comments