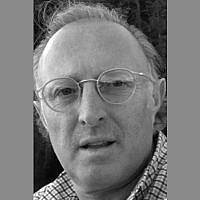 The Blogs
Fred Shahrabani
Apply for a Blog
Please note that the posts on The Blogs are contributed by third parties. The opinions, facts and any media content in them are presented solely by the authors, and neither The Times of Israel nor its partners assume any responsibility for them. Please contact us in case of abuse. In case of abuse,
Report this post.

On May 10, Hamas issued an ultimatum giving Israel until 6:00 pm on that same day to withdraw all security forces from al-Aqsa Mosque and the Sheikh Jarrah neighborhood of East Jerusalem, failing which Israel would be targeted by Hamas rockets and missiles. With the expiration of the ultimatum, Hamas kept its promise and fired an initial volley of 130 rockets at Israel, including Jerusalem.

On the day following the issuance of Hamas’ ultimatum, Israel was set to announce the creation of a new Israeli government, comprising left wing, right wing, and—significantly—an Islamist party, coming together in order to unseat Benjamin Netanyahu’s government. It was to be announced the very next day! The ever resourceful Mansour Abbas of the United Arab List (commonly known by its Hebrew acronym as Ra’am) had managed to even normalize the presence of a Palestinian-Israeli Islamist party within the ranks of the Israeli government by appealing to Netanyahu’s insatiable thirst for power. To achieve the 61 seats necessary  for a majority in the Knesset, Netanyahu had expressed his approval  for Ra’am in a coalition between Likud and an array of moderate and extremist religious parties. His attempts to build a coalition ultimately failed; however, by having the right wing legitimize such a radical step in Israeli politics, it cleared the road for Ra’am to subsequently enter into coalition talks with a unity government led by Yair Lapid and Naftali Bennet. It is highly ironic that it would be Hamas that deflected Mansour Abbas’ trajectory into the Israeli government.

What compelled Hamas to leave the ultimatum open for slightly over a quarter of one day? If the terms of this ultimatum were of such concrete importance to Hamas, surely with a more diverse Israeli government on the cusp of gaining power, it would make sense for Hamas to leave the ultimatum open for 48 or 72 hours. Rather, Hamas chose to torpedo the formation of a new Israeli government, and together with that, Ra’am’s historic  ascent. A salient question is why would Hamas undermine the historic ascent of an Israeli Islamist party into the highest echelons of the Israeli government.

This is not the first time that Hamas has managed to either disrupt or unseat an Israeli government. It is the thirdtime. The perception of Hamas as heroic underdog would necessitate a radical makeover if it wields such power over the Israeli politic; its true power and ambitions should be reassessed beyond its modest military capabilities.

In September 1995, the Israel-Palestine interim Agreement between Yitzhak Rabin and Yasser Arafat was signed in Washington. Hamas and its ally Islamic Jihad immediately started a campaign of terror as part of their opposition to the peace plan.  Between September 1995 and Israeli elections in May 1996, Hamas carried out 6 suicide bombings, including 2 in February and 2 in March. Among those attacks were the first Bus #18 attack in Jerusalem that killed 26 Israeli citizens, the second Bus #18 attack that killed 19, as well as, the Dizengoff suicide bombing that killed 13. These attacks disaffected many Israelis from supporting the peace plan; Benjamin Netanyahu went on to victory by a mere 29,457 votes, less than 1% of the total votes cast.

Led by Ehud Barak, political parties supporting peace with the Palestinians reenergized for the May 1999 elections. Barak was victorious, and immediately reengaged in the peace process. At Camp David and later at Taba, Israel offered unprecedented concessions to Yasser Arafat.

Terror attacks continued with Arafat’s discreet accord. Unable to go the distance for peace, and while still negotiating, Arafat gave the green light for Hamas to continue its attacks. In December 2000, Barak called for new elections in February 2001, hoping for a renewed public mandate to continue the peace talks. Hamas continued its attacks, and in just that period between the election call and the elections, three bombings took place. In 2001 alone there would be 40 bombings across Israel. Disillusioned by the Palestinians’ commitment to peace, the electorate swerved sharply towards the right, and elected Ariel Sharon.

In both elections Hamas played a pivotal role, skewing Israeli elections, and upending a potential peace treaty between Israel and Palestine.

Now, once again, it is Hamas, that by issuing the 6:00 pm ultimatum and then firing its rockets, managed to sabotage the formation of a new Israeli government in May.

Moreover, Hamas was quite aware that its actions would invite a harsh Israeli response. Since gaining control of Gaza in 2006, a key component of its confrontational strategy is to whip up anti-Israel and anti-Jewish sentiment. Winning the public relations war, despite having initiated the conflict and having fired 4000 rockets at Israel, may be considered one of its major achievements. In this Orwellian scenario, for Hamas to win, Palestinians must suffer.  An unfortunate corollary of this cynical logic is that if no Palestinian children had died, it would have been a near total defeat for Hamas, as  Hamas could not have garnered the necessary world sympathy that is its lifeline.  And by this logic, children are not human shields, they are human sacrifice.

Unfortunately for the Palestinians, via rockets and exploitation of its beleaguered people, Hamas achieved many of its primary goals in the recent conflagration. Its ally and patron, the Islamist Republic of Iran, which played a genocidal role in Syria, coordinating the murder of upwards of 250,000 Sunni  Moslems (conveniently overlooked by Hamas) in order to preserve the Alawite regime and to attain a foothold along the Israeli border, hailed the confrontation a great victory.

Hamas’ hazardous charter calling for Israel’s destruction, no matter how unrealistic, should be heeded as a statement of its vision, and not a rhetorical position inviting negotiation.  As such, one should not be deluded about any real commitment Hamas has to the welfare of Palestinians. The Palestinian residents of Gaza are a means to an end. Hamas is not concerned with this world. Its people, as well as its own ranks, are pawns in the service of its radical agenda.  It may also very well be one of the most powerful brokers in Israeli politics, at crucial moments elbowing the swing vote away from peace and reconciliation.

Finally, if the world is not prepared to call out and expose anti-peace movements and positions in the Palestinian camp as clearly and as efficiently as it does anti-peace movements and positions in the Israeli camp, extremists on both sides will continue reinforcing each other because by reinforcing the other side’s more radical positions, they legitimize their own. That’s why Hamas will always vote Netanyahu.

About the Author
Fred was raised and educated in Tehran. He hails from a family of Iraqi Jews who fled Iraq and subsequently fled Iran. His parents spent formative years in Israel. As Zionists who also experienced the generosity of Moslem culture (in Iran primarily), his perspective is formed by many of the historic events that engulfed the region.
Related Topics
Related Posts
Comments