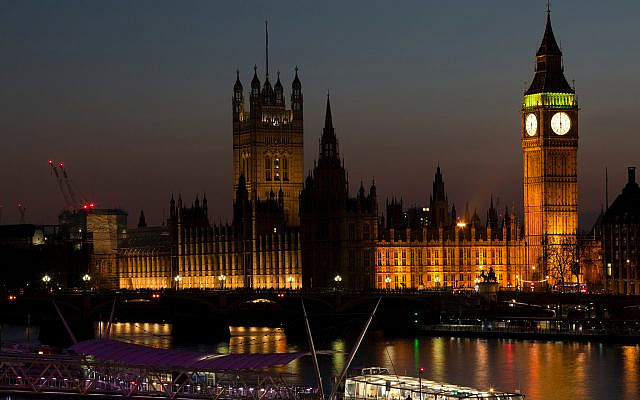 This morning, I woke up after a refreshing night’s sleep. I turned on the light; it’s still a little dark early in the mornings. I made my way to the shower. The water was hot and plentiful, no shortage of electricity or water.

Now fully awake, I opened my front door to find, as usual, the daily newspaper waiting for me. In the street, the garbage truck was making its rounds, as it does three time a week.
As I returned to the house, I glanced up. Several F-15s and a few F-16s were patrolling the skies, keeping us safe.

All in all, it was a usual day. Only when I opened my newspaper did I see that today was different from normal days – Israel still had no government.

And yet, all appeared to be well. I lacked nothing and felt, as always, safe in the hands of our brave pilots (and, of course, soldiers) guarding our small country against our many enemies.
The question formed itself before I had time to reach for my coffee. Why do we need a government? We seem to be managing very well without one.

The major winner would be our battered economy. In the last two years, we have had no less than four elections at a cost of more than $4 billion. And that’s just the start. Once a government is formed, we start paying out big time.

Why do we have Benny Gantz serving as Minister of Defence and Michael Biton as “Minister in the Defence Ministry”. Will we see the defence ministers fighting to defend their budgets?

And what does Orly Levy-Abekasis, the Minister for Strengthening and Advancing Community, do? I can’t begin to imagine.

In 1920 Arabs in mandated Palestine rioted against the Balfour Declaration. They wanted to show the British occupiers that a Jewish homeland was ungovernable. Could it be that they were right?