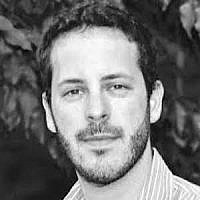 The headline reads “Stabbing, and Deadly Responses, Add to Israel’s Security Challenge” (NYTimes, Isabel Kirshner, Oct 12, 2015). And I thought, maybe, for the first time in this recent Palestinian uprising of guerrilla violence in Israel, my choice newspaper, the New York Times, would address the terror so many Palestinians are inflicting on Israelis multiple times per day, not with rockets that can be stopped by iron dome, but by random stabbings with items that can be grabbed from a shop counter, and by using standard vehicles as weapons. I write “the first time,” because while they give brief dutiful mention to Israeli deaths, far more attention is placed on Palestinian victims.

Not that I believe we shouldn’t mention deaths on the other side. But, let’s look at both sides of the story folks, please. Let’s understand that neither side has made a good partner in the peace talks, that neither side has presented the other with predictable, positive and proactive behavior that demonstrates a large-scale desire for living alongside the other. And when Palestinians are killed in Gaza, it is because they are in proximity to sources of rockets and weapons directed at Israelis. When they are shot and killed in Israeli cities in this current fight, it is because they were in the midst of attacking Jews, and they were most certainly not innocents.

While I am not surprised that the Palestinians are feeling so helpless in their situation that they are resorting to violence yet again, I am also not surprised that once again we are seeing a complete disregard on a massive scale for the sanctity of human life.

The Times under this headline that offered so much potential for empathy with their Jewish, Israel-loving readers, decided to begin by pointing out that despite using greater force in their fight for safety, Israelis are unable to contain violence. In an article purportedly about the violence against Israelis, the very first statement is one that discusses Israeli acts of violence.

Here’s a thought: how about pointing out, alongside your critique of Israel, that despite having proof from so many episodes of violence by Palestinians against Jews, that violence will not result in self-determination and a state?

Israel’s hands are certainly not clean in this mess. But, if we’re writing about human suffering and devastation, let’s give some respect to all those living in terror.

I pray that love and reason find its way into the hearts of every human being.