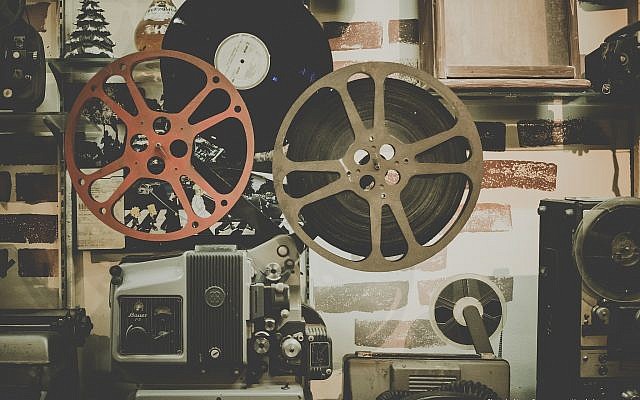 Photo by Noom Peerapong on Unsplash

What if the seminal moments of Jewish history had been filmed?

What if it was possible to see the real Moses (not Charlton Heston) parting the Red Sea? What if we could see Abraham and Isaac at the moment the angel stops the father from slaying his son?  What if we could access a vast film library stretching back to the start of the Jewish people?

These questions came to mind after viewing an extraordinary new documentary, “They Shall Not Grow Old.” It’s the story of World War I told entirely through films from the BBC and Imperial War Museum. The footage is matched with oral testimony gathered decades ago from WWI veterans.

At first, the film doesn’t seem extraordinary in the least. It opens with the kind of grainy, old video we’ve all seen. Battalions of soldiers march off to war in that herky-jerky style of archival films. Even in close-up, faces are fuzzy. Everything seems remote. It’s all a bit dull.

Until the moment when the film switches to color and the images are crystal clear. The fuzziness and jerkiness are gone. People move at normal speed. They look like they were filmed yesterday.

This shift, made possible by state-of-the art technology, was so startling I gasped. And I did not take my eyes off the screen for the next two hours.

The film takes you right into the battlefields of Europe alongside the young soldiers. The dazzlingly restored footage erases the century that separates us from them. You see the soldiers standing in the trenches, knee deep in mud and human waste. You see warfare’s unedited, ghastly brutality –a meat grinder, churning out endless corpses. But it’s the close-ups of the men’s faces — expressive, animated, full of life — that shock. They lived and died one hundred years ago and look as real as the people you pass on the street.

This film now defines WWI for me.

It left me thinking about the power of film to bring history to life.

Wouldn’t it be cool, I thought, if we could see authentic, original film of the real figures and stories of the Bible?

The more I thought about it, the more I realized — thank goodness that we have no video of our foundational narratives.

For millennia we Jews have dissected, discussed, stretched, interpreted, and argued over our texts. The words are elastic enough to withstand all the tugging. It’s that spirited engagement with scripture that allows the text to be ‘given at Sinai’ again and again.

If our foundational stories were all on video there would be a lot less to interpret, many fewer questions to ask and answer. Can you imagine telling your teen that he should watch the film on the binding of Isaac? “MOM!” he’d say, with exasperation. “I’ve already seen it a million times. Everyone has seen it a million times. It’s been around like forever!”

No need to read the Megillah or have your kids dress up and act out the Purim story. Just watch the video.

No need for a Passover seder either. Why retell the Passover story with ritual foods, prayers, and songs? Why bother to link contemporary issues to our ancient story? Just stream the “Exodus from Egypt” video on your phone and get on with your day.

The old adage “seeing is believing” is true when it comes to films that expand our understanding of historical events (although mountains of video evidence will not budge Holocaust deniers).

But where history, peoplehood, and faith intersect, Judaism’s multi-sensory, millennia-long conversation/engagement/argument has served us better. It fires the imagination, intellect, and emotions. With effort– and unlike passive viewing, it does take effort– we can derive fresh meaning and insights from ancient texts and rituals.

It’s a heritage that renews with every generation. Now it’s our grandchildren’s turn. My husband and I watch as they learn the stories and ask the questions. As they savor the tastes, scents, and sounds that are their birthright.

We are witnesses to the continuation of Judaism from one generation to the next — seeing and believing.

About the Author
Sally Abrams co-directs the Speakers Bureau of the Jewish Community Relations Council of Minnesota and the Dakotas. Sally has spoken about Israel and/or Judaism in hundreds of churches, classrooms, and civic groups. Building bridges between the Jewish and non-Jewish communities is central to her work. She believes deeply in the power of words to educate, illuminate, and inspire. Sally speaks fluent Hebrew, is wild about the recipes of Yotam Ottolenghi, the music of Idan Raichel, and is always planning her next trip to Israel. Visit: sallygabrams.com
Related Topics
Related Posts
Comments