A battle is currently raging to rebut the calumny in the court of world opinion that ‘Israel is a ‘white settler’ state. Leftist groups in the US have recently gone further, and tarred all Jews – not just Zionists in Palestine – with the ‘white’ brush. The postcolonial orthodoxy is that Palestinian ‘people of color’ are the true natives; Jews are foreign interlopers who have ‘stolen’ their land.

My organisation, Harif, the UK Association of Jews from the Middle East and North Africa, has been playing its part in trying to dispel these myths. Harif was founded to raise awareness of the post-war destruction and dispossession of ancient Jewish communities in the Arab and Muslim world and their transplantation, in large part, to Israel. But does making the case for Sephardi/Mizrahi Jews necessarily detract from the right of Ashkenazi Jews to self-determine in Israel? Does the fact that our sister organisation JIMENA have an ‘I’ in its name that stands for Indigenous – imply that non Sephardim/Mizrahim are not indigenous?

The purpose of groups such as Harif and JIMENA is to draw special attention to a sector of the world Jewish population whose existence is routinely denied or ignored. The Mizrahim never left the ‘Arab’ world – they merely moved from one corner of the region to another. It is essential emphasize their indigeneity vis-a-vis the Arabs, who arrived in the greater Middle East and North Africa 1,000 years after the Jews. Native Jews, who now happen to comprise the majority of the Jews of Israel, also have a specific quarrel with Arab and Muslim states: these regimes need to be called to account for ‘ethnically cleansing’ their Jews. Our job is to advocate for Mizrahi rights to justice – recognition and redress. The plight of Middle Eastern Jews is also essential to understanding the ongoing Arab and Muslim conflict with Israel and the persecution of minorities.

There is another important goal: to vindicate the legitimacy of the sovereign state of Israel in the modern Middle East. As an aboriginal people of the Middle East the Jews of the region have no less a right to a state of their own in their ancestral homeland. In the words of the great Tunisian-Jewish writer Albert Memmi:’if one were to base oneself on this legitimacy and not on force and numbers, then we have the same rights to our share of these lands – neither more nor less – than the Arab Muslims.’

To campaign for Mizrahi rights is not to delegitimize Ashkenazi Jews. Jews from East and West form one Middle Eastern people, whose two halves have become reunited in their ancestral homeland. 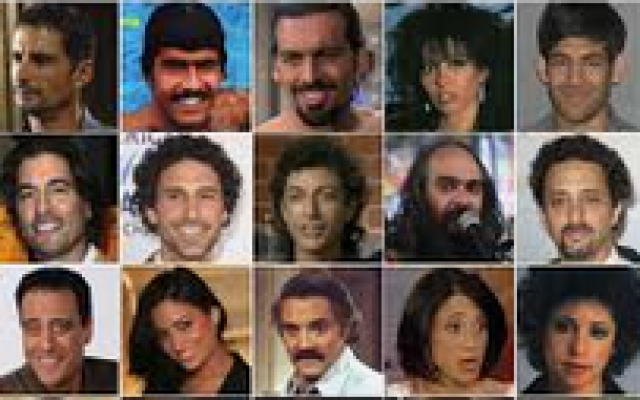 A montage of ‘white’ US Ashkenazi celebrities (Dani I. Behan)

Jews from the West were often treated as swarthy aliens during their 2,000-year peregrinations in Europe, and have closer genetic links with their Sephardi and Mizrahi brethren than they do with non-Jewish Europeans. Nowadays it is fashionable to smear Ashkenazi Jews as Khazar converts with no roots in the Middle East. Replacement theology declares Jesus to be a Palestinian and the Palestinian Arabs the new Jews.

It was not always thus. Only 75 years ago, millions of Jews became non-white sub-human victims of the Nazi genocide. They had been despised as exotic, but unwanted, outsiders in Europe. As the Israeli novelist Amos Oz wrote:’When my father was a little boy in Poland, the streets of Europe were covered with graffiti,”Jews go back to Palestine’, or sometimes worse:’Dirty Yids, piss off to Palestine’. When my father revisited Europe fifty years later, the walls were covered with new graffiti,’Jews get out of Palestine.’

A disturbing new trend in the West sees Jews no longer as an oppressed minority, but part of the white establishment, identified with wealth, success and power.

For all the reasons listed in Dani Behan’s excellent article, Ashkenazim are part of the nation of Israel. Ashkenazi, Sephardi, Mizrahi are mere geographic terms.

Now that the pernicious vogue for describing all Jews as ‘white’ is spreading in leftist circles in the US, it is important for all Jews to show our credentials as ‘people of color’, no matter how silly and reductive this label is.

We are all one people, with a common origin and a common destiny.