There’s one criterion for a dog to be considered a genius. Said dog must be of the species mongrel, affectionately known as mutts. Fancy pedigrees may work at the kennel clubs but we all really know that mutts have the lifelines that have passed the tests of street survival. If a dog can make it on its own on the hard knock streets of big cities, he’s smart, tenacious and brilliant. That goes if it’s a she dog as well. Mutts cannot be curated or bred. Once a mutt, your family tree is secure forever.

All of the dogs who’ve loved me tender-ly, and whom I’ve loved back, have been mutts. Some were even more brilliant than others. Some were merely average. All had expressions that could melt the hardest hearts and shticks that were totally endearing, even when they were misbehaving. Our dogs, my dogs, were each unique, memorable and blessed with beautiful souls. I miss them all, especially now that I can only look back on dog ownership, never forward. I am too old to start life with a puppy.

I count Phoebe, my very first dog, as the most amazing canine the world has ever known! Believe me! I met Phoebe when I was born. We were babies together but she advanced much more quickly than I. When I was still sleeping in a crib, totally dependent on my parents, Phoebe was an independent free-thinker who had a job! That job was to be my grandmother’s companion, and as it turned out, her lifesaver.

My maternal grandmother was confined to a wheel-chair. I should say unhappily confined but I’m pretty sure that most people in wheel-chairs would prefer to be without them. My grandmother definitely wanted a return to life as she knew it, BW, before wheel-chair. She had been a super active woman who ran a family owned Borscht Belt hotel, getting up in the middle of the night to milk cows in the Parksville NY hamlet where the facility was located. Then she proceeded to churn the butter and make the guest breakfasts, gourmet, legendary breakfasts with everything home-baked by her. My mother always said that it was the hotelier life that had killed her mother and I suspect there was truth to that. Her health was the price of earning enough money to send her son to dental school. He went to NYU and she sat in the wheel-chair until her death at age 62.

My grandfather, known as Pop, was still working as a presser, a prestigious presser I’ll have you know. He worked in the New York garment district, was an active and dedicated member of the ILGWU, the International Ladies Garment Workers Union, and he pressed only the finest women’s suits and cloaks, which referred to women’s coats. So, every weekday morning he would trudge off on the subway from Bedford-Stuyvesant to Manhattan, leaving my grandmother at home alone in their ground floor apartment. Today we would call that apartment accessible since she could easily roll herself out the living room into the fenced in backyard. Pop could arrange a nice sandwich for her lunch and with Charlie, her son the dentist, operating his dental office one floor above, help was readily available. The big problem was loneliness. Thus Phoebe arrived, sort of like Mary Poppins, to be a live-in companion. She immediately knew her job description and literally never let my grandmother out of her sight. The two of them were always together and Phoebe was amazingly talented, and loving.

My grandmother was never resigned to the wheel-chair and even though she had been instructed many times not to try to climb out, she tried several times. Each time she succeeded only in falling onto the ground beneath and finding herself unable to return to the chair. She personified the old lady on TV who cried, “Help. I’ve fallen and I can’t get up,” except that she wasn’t very old at all and she never did get one of those devices where all she had to do was push a button for instant assistance. As a matter of fact help was closer than the button-push. Help was right upstairs filling teeth and it was Phoebe’s job to get his attention. How would a dog of unlimited intelligence perform such a feat? Easily as it turned out. She would run under Charlie’s window and bark, emotionally and frantically, dramatically and hysterically, until Charlie would open the window to hush the dog and then would see his mother on the ground. Of course he would dash down the stairs to the rescue; never mind the patient patient who had a half filled cavity.

Charlie would reprimand his mother who would be remorseful and obedient for several months before she tried again. And then the scene would replay itself.

In the year 1945, the year Phoebe and I both turned 5, Franklin Delano Roosevelt died on April 12, a few days after my grandmother. Mom was distraught indeed. At both deaths; being a fierce defender of Roosevelt, as were most Jews of the era, and an extremely loving daughter. Phoebe cared not a whit about the loss of the president whose verifieds were probably suspect in her opinion. But she cared a lot about the loss of my grandmother. She was inconsolable for a long while and then she moved to Newark with Pop and they lived with our family permanently, or as permanently as anything in life can be. In her new home she became friends with Lena, our house’s cat, and all of those warm and welcoming people who lived in the house at 83 Aldine Street.

She and I remained very close. She would snuggle up in my bed at night, sleep soundly, snoring with gusto and always taking more than her fair share of the space. But she was warm and cozy and somehow we made it work.

But then, as we both got older, I looked happily at being a teenager and she, who had passed me so speedily in the beginning of our lives, started to lag. Now that I am 82 I can relate to Phoebe at 15. Her movements were stiff and slow and painful. She slept more than she used to. She developed asthma and ultimately had to leave my bed since she wheezed all night and I couldn’t sleep,

My mother’s cousin Yitzchak, a veterinarian, was Phoebe’s doctor. He tried to prepare us that the end was nearing. Phoebe was losing her vision and she fell down the four steps to go outside several times each day. He said she was also suffering from breast cancer and several other maladies. Her future lay behind her!

It had been Phoebe’s habit when we were in Parksville during the summers to sit on the corner of the porch on Friday afternoons and look for my father’s arrival for Shabbat. We would merely tell her that Katrinka, Dad’s car, was coming, and she would become wildly excited, jump up to her perch, and sit like a Sphinx for hours until Katrinka and Dad arrived.

The last summer of her life the porch bench was too high. She could no longer ascend it in one graceful leap. She could no longer wait there for Katrinka and her dear Sam, my father. She tried without success and I imagine that I saw tears streaming down her beautiful face. She lay on the porch floor, head resting on her paws, despair surrounding her aura. She knew then what I refused to accept. It was over. She had had a good run and been surrounded by love always, but this was close to the end. She could have lived her life in the slums of the city being abused and neglected. Instead she was nurtured and adored but her time on Earth was nearing its conclusion.

When we got back to Newark after the summer season had concluded on Labor Day, Yitzchak said the time had come. The problem was, within our nuclear family not one of us had the strength or power, or even compassion, to have Phoebe put down. Enter Uncle Louie, a man who is long dead but whom I never forgave during his lifetime. Phoebe, in that remarkable sense that dogs have, knew something very bad was about to happen to her. She hid under the bed, our bed. She did not know that her hiding place was immediately visible due to the fierce shaking of the bed as she lay trembling beneath it. Louie dragged her out. I never saw her again.

I couldn’t stop crying. I remember it now, all these many years later, as if it were the proverbial yesterday. Clearly I went on living even though Phoebe did not, but her loss was devastating, not just to me but to all of us, my sister, my mother, my father and Pop.

If you, dear reader, have never had a beloved dog, you cannot begin to understand how bereft we were. To you it sounds silly. She was just a dog. But for those who’ve had this most beautiful relationship of deep understanding, of love with no expectations except more love, I can assure you that the purity of that love is undeniable, indisputable, perfect and treasured. To this day I miss Phoebe! 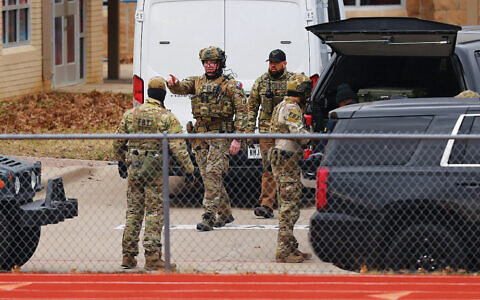 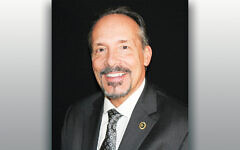 Time to dust off your security plans
Larry Yudelson 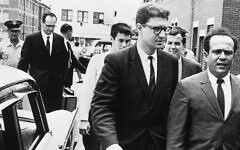 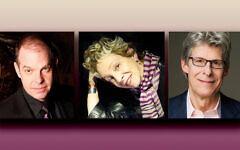 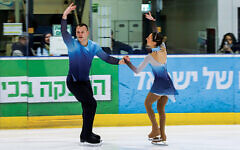 Staying connected to Judaism — and following your dreams
Jordana Benami 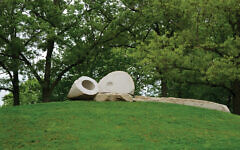