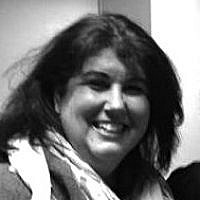 The Blogs
Pamela B. Lippitt
Apply for a Blog
Advertisement
Please note that the posts on The Blogs are contributed by third parties. The opinions, facts and any media content in them are presented solely by the authors, and neither The Times of Israel nor its partners assume any responsibility for them. Please contact us in case of abuse. In case of abuse,
Report this post. 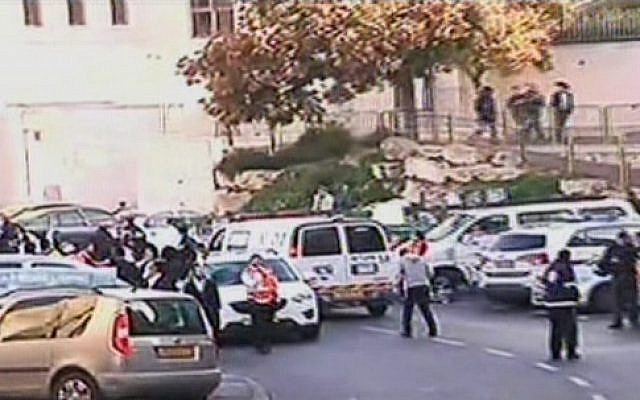 The scene of an attack in Jerusalem's Har Nof neighborhood on November 18. 2014. (screen capture: Channel 2)

The trip started out as any other. Long flights, no sleep and hitting the ground running. As Executive Director of the Michigan Israel Business Bridge (MIBB), I was in Israel to talk to our partners and colleagues including current members of MIBB, government and NGO’s working with Bi-national trade and some specific companies poised to expand in the US.

Sunday and Monday’s meetings were just great. It was wonderful to be in Michigan Jewish Federation’s P2G (partnership together) region up in the Central Galilee. I even fit in a trip to my favorite falafel stand at the Afula bus station. MIBB has great members up north and we would like to ramp up our work with businesses in the region. Heading back to Tel Aviv on Monday evening I even got to spend some time at the new Sorona shopping and dining area with former Huntington Woods friend.

Then came Tuesday morning. I woke up looking forward to my multiplier day. Meetings with MATIMOP (Israel Industry Center for R&D), the Israel Export Institute, and the Israel Manufacturers Association, and those were the meetings before lunch. Of course as soon as I awoke and saw the terrible news of the mass murder and mutilation in a synagogue in Har Nof, a religious neighborhood in Jerusalem my heart sank. But as we always say, Israel moves forward. Every meeting still took place, albeit with respect for the lives lost and concern for the days ahead. Israelis started to talk about carrying their weapons after years of concern but not hour to hour worry. It also turned to asking those who are in service to bring their guns to synagogue during services. By the end of the day, I knew that the son of my former Hebrew school teachers’ had been among the murdered. I hadn’t thought of Rabbi and Mrs Kupinsky in years but their faces and classrooms immediately came to mind. Their loss and those of all the families is really too much to bear.

But, as all Israeli’s do time after time, we put that on one side of our minds (certainly not in the back of it) and continued to talk about Michigan wanting to be the landing spot in North America for Israeli expansion. From automotive suppliers to water related companies to cyber, agri-tech and medical devices we have a place for everyone here. We are looking for big things to happen.

I think the coming days will be difficult ones and I pray for the safety of all Israelis and peace loving people. Israel needs our business support right now. We urge you to continue your work with Israeli companies as they continue to work and move forward each and every day.

I look forward to my next trip to Israel and hope it will be in better days.

About the Author
A Detroit native, Pam Lippitt is a senior consultant with The Hill Street Group. Among other things, she is taking on projects to further the relationship between US communities and the Israel Start-Up community. Pam spent 6 years as the Executive Director of the Michigan Israel Business Bridge. Pam has served on community boards including Detroit Friends of Alyn Hospital-Detroit, Tamarack Camps, and the JCRC. She serves on the JFMD Women’s Philanthropy Advisory Board, and was founding chair of the Jewish Working Women Series. She is committed to strengthening business ties with Israel.
Related Topics
Related Posts
Comments