Word has it that the US president will be visiting the State of Israel within a month. Speculation is rife if he will there announce the move of the US Embassy to the Jewish capital. I don’t see what would be so special about that. He’s promised it a million times already. I’d rather see them start building it than even more talk about it. So, a first-stone laying would be OK, but no more declarations, please. No, I would want something entirely different from this head of state!

I want him to come down the stairs of his aircraft with Jonathan Pollard. 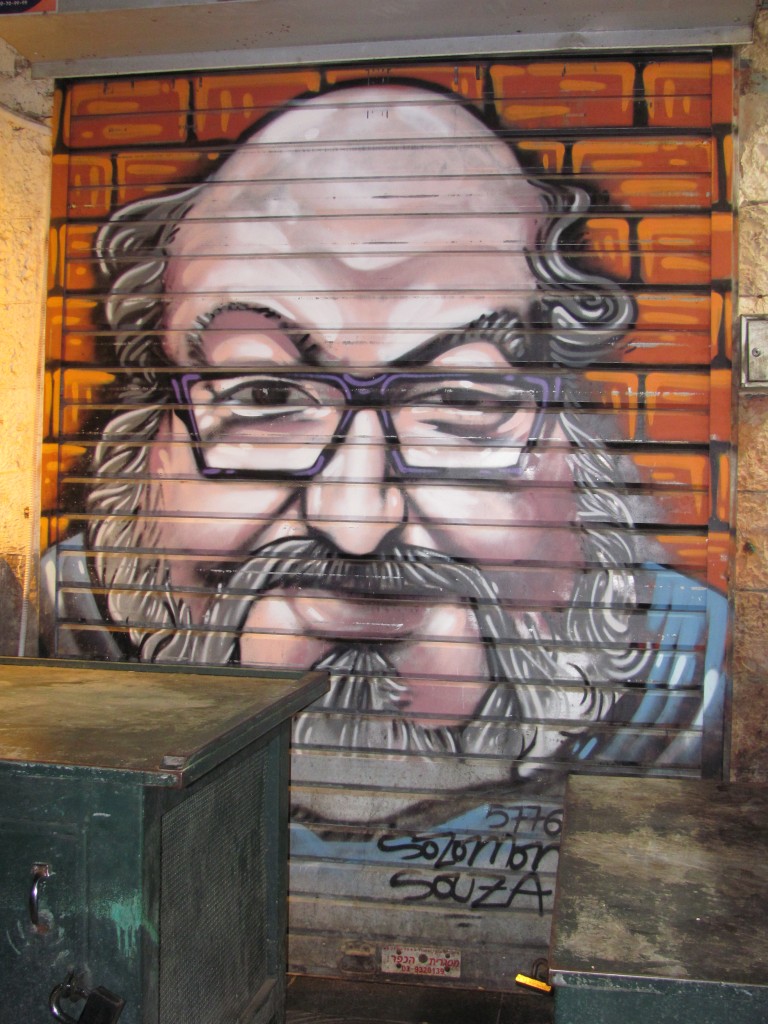 Jonathan Pollard mural at the Jerusalem Machane Yehuda Market by Yoninah (Own work), via Wikimedia Commons

The nice thing for Trump will be that this important gesture to all Israelis will totally leave any Arab leader cold. This is not something that will anger them or move them in any other way. No one needs to be placated with a matching gesture.

It’s Jonathan himself who has stressed time and again that he will not accept to be a bargaining chip against some concession from the Jewish state. Since one cannot set someone free under unacceptable conditions, there is no use of dreaming of using Pollard for something like that in the future. If not, then the time to let him go must be now.

What’s more it that it naturally fits the president’s positive attitude towards Jews and the Jewish state. No one will be shocked, no political analyst will have one word to say about it. But all the Jews, the only nation with a memory, will forever remember.

Furthermore, in the US, wide support is expressed for such a move. Only some people up high with seemingly shady sentiments have stopped such a move so far. The president would be very happy to hear their opposition, so that he will know who else to fire and ignore in the near future.

To have Jonathan and his wife travel with the US president is beyond win-win. I will simply make all “good people” happy.

To let Pollard make aliyah a year from now or so is like a birthday present received two months late for no reason. It doesn’t have the same impact. No, now is the time!

Jonathan’s birthday is coming up. According to what’s written in his Israeli ID card, it’s the day after the Ninth of Av, the darkest but also most hopeful day in the Jewish year. That’s this year the first of July. That would give Jonathan two month to recover and to prepare to appear to the Israeli people, but not only so that we can welcome him. Israel is not the hospital of the Jewish people. Rather, it is its action center. We need him to become active in Israeli society and use his voice wherever he can make himself useful.

When I will stand along at the road welcoming the US President, I want to carry a large sign that screams: Donald, you’re the best! I do not want to hold a second sign that cries out: Where is Jonathan?