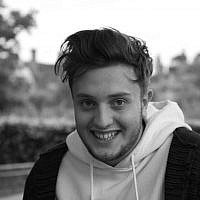 The Blogs
Avi Grant
Apply for a Blog
Please note that the posts on The Blogs are contributed by third parties. The opinions, facts and any media content in them are presented solely by the authors, and neither The Times of Israel nor its partners assume any responsibility for them. Please contact us in case of abuse. In case of abuse,
Report this post. 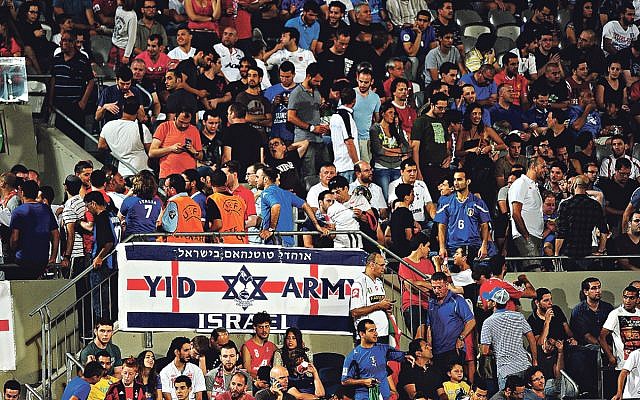 Should Spurs fans or their oppositions be stopped from using the term Yid? (Jewish News)

Three Letters. One syllable. One word. Shouted at you in the street and it’s abuse. Shouted at a football match and it’s more complicated.

This dilemma is one faced by some Jewish spurs fans.

This week, Tottenham Hotspur launched its fan consultation on the Y word for the second time, the first being in 2013.

When we talk about the y word it is important to establish the history behind it.

Is it a derogatory slur for Jews or something else entirely.

It originates from the German word Jude, which in turn comes from ‘Yehuda’. It is a word used in Yiddish, the language spoken by Jews largely from eastern Europe and Chasidic Jews today, that translates simply to ‘Jew’.

It is only in the early 20th when it was used in a negative way, being reinterpreted away from its original meaning by fascists and racists to have negative connotations. It is for that reason that if only for historical accuracy, we should use it in a positive way as that was the way it was created as a word.

In the 1970s and 80s spurs fans were targeted with horrific antisemitism because of their large Jewish following with chants such as ‘Spurs are on their way to Auschwitz, Hitler’s going to gas them again’ from opposition fans.

Responding to this Spurs fans chose to stand alongside their Jewish supporters and chant ‘We are the yiddos’.

We must not downplay the importance and significance of that act and its resonance to this day.

When told to divide their support and kick out their Jewish brothers and sisters they stood side by side with them as one.

When in 2013, David Cameron, the then Prime Minister, said Spurs fans shouldn’t be punished for using the Y-word, David Baddiel, one of the most high profile opponents of the term, wrote an op ed criticising him.

The comedian, who is a Jewish Chelsea fan, said: “The fact is that whatever its origins, their continuing use of the Y-word legitimises and sustains the racist abuse aimed at Spurs by other fans”.

This for me, places the blame for the abuse at those receiving it, commonly referred to as victim blaming.

To place the blame at the feet of Spurs fans is to misunderstand the chronology of the events.

Spurs didn’t start chanting followed by antisemites coming out from under the floorboards. Antisemites started chanting the vile abuse, and Spurs supporters responded by chanting the Y word.

That is why, as a Jewish Spurs fan, I think that the use of ‘Yid Army’ should not only be not stopped but should be encouraged.

We should fight not tolerate antisemitism. If you have the chance to have your say in the fan consultation or in any other forum choose the side of historical accuracy, choose the side of fighting rather than tolerating racism and choose to fight the antisemites, not to engage in victim blaming.

About the Author
Avi Grant is a student and passionate spurs fan. He co-hosts the ‘Sol Campbell's a... An Arsenal vs Spurs Podcast.'
Related Topics
Related Posts
Comments