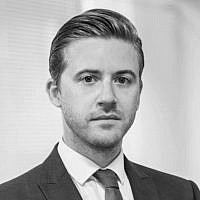 The Blogs
Adam Porte
Apply for a Blog
Please note that the posts on The Blogs are contributed by third parties. The opinions, facts and any media content in them are presented solely by the authors, and neither The Times of Israel nor its partners assume any responsibility for them. Please contact us in case of abuse. In case of abuse,
Report this post. 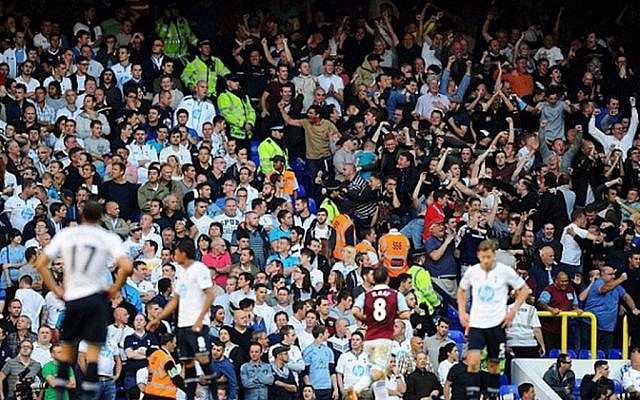 Another season, another public round of hand-wringing over the use of the word ‘yid’ by Spurs fans. In the last week Tottenham Hotspur FC have sent emails out to fans like me asking our view on ‘the Y-Word’. Maybe this is the year the club finally puts its foot down, but I won’t be holding my breath.

We’ve been here before, more than once. In 2010 David Baddiel made a short film for Kick It Out which challenged the use of the word yid by football fans. In 2012 Peter Herbert of the Society Of Black Lawyers called for prosecutions for the use of word at football grounds.

A year later in 2013, amid further discussion about the singing of the word ‘yid’, the then Prime Minister, David Cameron (remember him?) weighed in explaining that it was fine when it was sung by Spurs fans because ‘”You have to think of the mens rea. There’s a difference between Spurs fans self-describing themselves as Yids and someone calling someone a Yid as an insult.’

In 2012 Spurs responded to criticism over the use of the word yid by fans in the following terms: ‘Our guiding principle in respect of the “Y-word” is based on the point of law itself – the distinguishing factor is the intent with which it is used i.e. if it is used with the deliberate intention to cause offence… Our fans adopted the chant as a defence mechanism in order to own the term and thereby deflect antisemitic abuse.’

It was the events of 2013 that were a turning point for me as a Spurs fan.

I was a member of the club and attended several games at White Hart Lane each season.

At a game shortly after the Prime Minister’s comments I was sat in the South Lower surrounded by raucous fans shouting the word ‘yid’ louder and with more vigour than I’d heard before.

This was followed by a defiant ‘We’re Tottenham Hotspur, we’ll sing what we want.’

Only two people in my line of sight weren’t singing. Me, and a chap two or three rows below me in a kippah.

I’ve never felt more uncomfortable at a game and I decided there and then that I would stop attending.

I just could not stand to attend games and listen to thousands of people shout a viciously racist word as if it were nothing.

Chanted by thousands of people who would never have to know the pain of that word directed at you because you are Jewish.

As with any such grand gesture, I kept it up for a while, allowing my membership and season ticket waiting list place to lapse.

However, I must admit that I’ve relented somewhat and attended a few games here and there although never at my pre-2013 rate. I’ve been a Spurs fan for more than 30 years, it’s not such an easy thing to give up.

In short, it is unacceptable that the word ‘yid’ is chanted with impunity by thousands of football fans, every week of the season. It is embarrassing that the club have failed to take effective steps to stamp out its use and it is high time that it did so.

The most obvious argument in favour of stopping its use is that it’s a term of racist hate against Jews. That alone should be enough to ensure that fans take steps to eliminate its use in football chants. It would be unacceptable to use any other term of racist abuse in a football chant regardless of any argument about nuance and context. I see no compelling reason why ‘yid’ should be subject to different rules.

Next, it is often said (as it was by the club in 2012) that Spurs fans have effectively reclaimed the Y-word and have used it to deflect antisemitism. Comparisons have been made with the purported reclamation of the N-word.

The fatal flaw in this argument is that the Y-word is not one Spurs fans have the right to reclaim as their own. The great majority of Spurs fans who chant the word ‘yid’ are not Jewish and are thus at no risk of actually having it used against them as a term of racial hatred. Indeed, even if the Y-word had been ‘reclaimed’ by Jews (and it clearly hasn’t) it wouldn’t be for non-Jews to use the word as and when they see fit.

Finally, rather than deflect antisemitism, chanting the word ‘yid’ normalises and perpetuates its use by fans of other clubs. As long as Spurs fans chant it, so opposition fans can chant it back in songs of their own devising.

Those songs might be about a parsimonious yid too stingy to buy a round or perhaps be a little more ambiguous in their intent. It’s the use by Spurs fans that creates a nifty cloak for antisemitism from others.

One thing is clear, fans are not going to stop singing the word of their own accord and any efforts to stamp it out are likely to be met with very vocal resistance. But it’s about time for the club to show some leadership on the issue and start the process of getting the Y-word out of football stadiums.