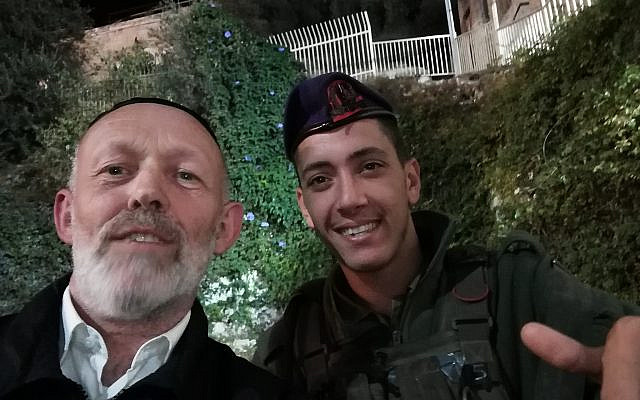 The soldiers were doing their difficult job of securing the Jewish minority in Hebron. Apparently, they were hindered by left-wing political activists in carrying out their duty. This is the part we don’t see in the footage, only the verbal and physical reply of the Givati soldiers. A number of questions remain unanswered. Why were these political activists there in Hebron, in what allegedly is a military restricted area? How is it possible that they got access? How are these activists financed? I presume they don’t have a job, otherwise they wouldn’t have the time to scrutinize IDF soldiers in carrying out their tasks. Or are they full-time activists, paid by so-called human rights organizations, probably with funds from Europe, or other places that always put Israel on the first row to be judged by the world?

From a military-scientific point of view, this is a typical case where an issue at the lowest level of strategy, the technical level (soldiers in a military action), affects the highest level, the political-strategic level (Lapid, Gantz, Knesset members). As a lecturer at the Netherlands Royal Military Academy, I was told to teach the cadet-officers that the military should not interfere with politics; the political leadership has the primacy in a democratic system. I am sure IDF Chief of Staff (CoS) General Kohavi has been taught the same in his early career, nevertheless he violated this rule by admonishing politicians. However, likewise, the political leadership should keep out of military affairs, since it is not their expertise (Defence Minister Gantz, as former CoS, is an exception) and they miss the overview on military operations. Therefore, Prime-Minister Lapid should have kept out of it, which he didn’t!

The reason why this low-level military incident got out of proportions is the media, or rather all the videos of the political activists, which were rapidly put on the social media. If these videos would not have been published, nobody would have heard about this incident, and it would not have reached the highest political levels. As mentioned by a number of commanding general officers in this case, IDF is capable to mind its own business – which includes disciplinary measures if so required – without political interference. It could well be that the political meddling has led to higher punishments for the Givati soldiers involved. That is a very bad development. But even if my assumption is wrong, the involvement of politics in a military action damages the reputation of IDF – as an army for all Israelis – left, right, secular and religious. Let this be the lesson learned for the politicians: don’t harm our soldiers by abusing them for political games!

“GIVATI: Any Place, Any Time, Any Mission!”

About the Author
Lieutenant Colonel Royal Netherlands Army (retired) Dr Mordechai de Haas has a PhD on Russian security policy. He was an Affiliated Professor and Research Fellow on Russian security policy towards the Middle East at the National Security Studies Centre of Haifa University. Previously, he was a Full Professor of Public Policy in Kazakhstan. In 1980 he served with UNIFIL in Lebanon, as a conscript of the Dutch army. As an officer he held positions at Army Staff, the Royal Netherlands Military Academy, NATO School and the Netherlands Institute of International Relations 'Clingendael'. At Defence Staff he was the editor of the first Netherlands Defence Doctrine.
Related Topics
Related Posts
Mordechai de Haas