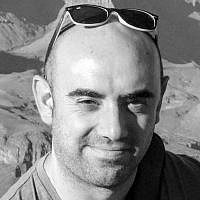 The Blogs
Mike Polischuk
Apply for a Blog
Please note that the posts on The Blogs are contributed by third parties. The opinions, facts and any media content in them are presented solely by the authors, and neither The Times of Israel nor its partners assume any responsibility for them. Please contact us in case of abuse. In case of abuse,
Report this post. 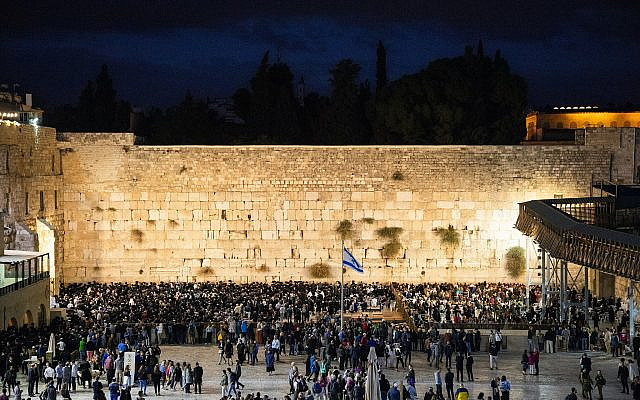 The recent tragedy in Israel has naturally ignited a wave of empathy and solidarity throughout the country. Reports of secular Tel-Avivians donating blood to the victims of the tragedy at a religious festival in Mt. Meron, as well as villagers from nearby Arab communities offering food and water to the victims’ Orthodox families, were making the rounds in social media.

The sentiment expressed in a typical Facebook post went something like this: “yes, we are a deeply divided nation with many problems. But look at these people donating blood, donating food, donating time, showing empathy for the loss of their brothers. We are a good nation after all. We are connected to each other, whether we want it or not. Despite all, our nation is full of love, compassion and good deeds”

The narrative is a familiar one to Israelis. Every tragedy, every disaster produces similar pictures and voices. People that are normally separated from each other by politics, world-views and lifestyle, suddenly come together in altruistic acts in face of a tragedy.

Although Israel may indeed be a more tribal society than many, there is nothing uniquely Israeli to this sentiment. I’ve seen it in Canada in the aftermath of the Fort McMurray wildfire in 2016, where people across provinces and cultural backgrounds were donating money to help the victims, and finding comfort in the arising of this spontaneous urge to help their fellow citizens. I’ve seen it in Mexico City after the 2019 earthquake, where people who in normal circumstances would often be suspicious of strangers due to prevalence of crime and class divides, where volunteering tirelessly to find survivors among the ruins and feeling a renewed sense of national pride in seeing it.

More generally, Israelis love to believe in the exceptionalism of our national bonds. The fact that Israelis clap when a plane lands home in Tel-Aviv is often brought up as a proof. It’s also often described by the following refrain: “In America you could lie on the street and no one would come near you. This would never happen in Israel”.

The fact that we are not the only ones taking pride in our fellowship, could come as a surprise to some. This Coca-Cola ad from Argentina captures the sentiment from the other side of the globe:

In the video, as a newborn emerges from her mother’s uterus, the father narrates:

“From all the countries in the world, it fell upon you to be born in Argentina. And despite all the troubles (hinting to Argentina’s never-ending economic problems and football disappointments), here you’ll never be alone”. The ad goes on showcasing the uniqueness of Argentina’s culture, from strangers joining your birthday celebration in a restaurant, to the communal underpinnings of the national barbeque craze, to people clapping (!) when their plane lands in Buenos Aires. (I have no idea how the ad glanced over maté drinking, the most uniquely Argentinian thing, but I guess Coca-Cola didn’t want to mention its much healthier national competitor).

The narrator concludes: “no matter what happens, you were born in a country where there will always be someone by your side”. I have to admit – every time I watch the ad, I tear up a little. Yes, it’s emotionally manipulative, but I like it anyway. What I do take issue with, is the mischaracterization of universally-human groupish behaviours as a unique national attribute.

Different cultures can exhibit unique traits. Israelis are very direct, to the point of insult. Americans are expressive and outgoing. Russians rarely smile at strangers. These quirks are fun to notice and discuss.

But what’s definitely not unique about Israelis or Argentinias, are the communal bonds binding us to each other. Nations are not much more than tribes, reimagined to surpass regional divides, united by shared language and political structure.

Israel may be more akin to the proverbial tribe than most other nations, due to the higher-than-usual genetic proximity of its Jewish population, but all our national allegiances are guided by the same mechanism developed during hundreds of thousands of years of tribal living, long before Jews have walked the Land of Canaan.

In his landmark 2012 book “The Righteous Mind: Why Good People are Divided by Politics and Religion”, Jonathan Haidt talks among other things about the origins of our groupish behaviours. In a chapter titled “Why Are We So Groupish”, he retells how after the events of 9/11, he felt a sudden urge to put an American flag on his car:

“It was as if there was an ancient alarm box in the back of my brain with a sign on it that said, “In case of foreign attack, break glass and push button.” I hadn’t known the alarm box was there, but when those four planes broke the glass and pushed the button I had an overwhelming sense of being an American. I wanted to do something, anything, to support my team. Like so many others, I gave blood and donated money to the Red Cross. I was more open and helpful to strangers. And I wanted to display my team membership by showing the flag in some way.”

He goes on to suggest that our brains have, what he calls a “hive switch”. He argues that our brains are roughly 90% chimp and 10% bee. Usually, our chimp-like minds are preoccupied with competition for resources with our fellow neighbours. But under the right circumstances we have the ability to transcend self-interest and lose ourselves in something larger than ourselves. Like bees, we are capable of being ultra-social, an adaptation shaped by millenia of competition between groups.

Altruistic behaviour towards our compatriots may be more rare, but it’s as universally-human as parental love. Imagine taking pride at your nation’s mothers for how much they love their children.

If you want to take comfort in your fellow citizens exhibiting love and compassion toward each other, by all means do. But ascribing it to a unique national character is unwarranted.

About the Author
Mike was born in USSR, grew up in Haifa, and graduated from The Technion – Israel Institute of Technology. He served in the army and worked in startups. Since 2016 he has slowly been exploring the Americas with his wife and their son. A technologist, traveler and blogger, Mike writes about politics, the immigrant experience, and the cultural discoveries that await once you leave familiar turf.
Related Topics
Related Posts
Comments