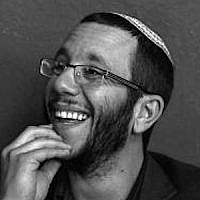 The Blogs
Natan Alexander
Apply for a Blog
Advertisement
Please note that the posts on The Blogs are contributed by third parties. The opinions, facts and any media content in them are presented solely by the authors, and neither The Times of Israel nor its partners assume any responsibility for them. Please contact us in case of abuse. In case of abuse,
Report this post.

In the dead of night, I heard a knock on our bedroom door. I opened it to find a very worried looking groom to be. “Whats wrong? Are you ok?” I asked.  “No” was his answer, “I need to talk to you about something.”

Seated on our couch, he proceeded to confide in me that for years he had been watching pornography. Now, the night before his wedding, he admitted to me “I don’t know what is real. Are all those images that are in my head from years of pornography the truth? And if not, how will I know how to please my wife?”  My friend had never been with another woman, just as many observant men and women abstain from premarital sex.

The images of pornography that my friend enjoyed when single had stayed with him, adding a superfluous layer of difficulty and confusion to an already challenging situation. Being that every young religious couple not only has to learn how to please their partner at the same time they have to learn how to have sex. Yossi’s additional challenge was to reconcile the images he had see in the pornographic films with what would be his true reality.

I have heard a wide range of opinions amongst therapists regarding pornography and the place it has or doesn’t have within loving relationships. Some say that it may be used to increase a couple’s passion, a source of ideas for couples stuck in a rut, and other opinions that clearly state potential dangers pornography can create for couples. Many issues we deal with at Better2gether relate to individuals watching pornography and the influence that has on the couple’s sex life.  Let me give you a few examples.

Now let me be clear: I am not blaming all sexual dysfunction or issues between partners on pornography, nor am I fully rejecting the opinion of therapists that promote the use of pornography to help couples. What I am saying is that one needs to understand the potential dangers this billion dollar industry can create for individuals, couples and families. One needs to comprehend that, like any form of entertainment, these explicit videos and pictures are intended to get people coming back for more. In fact, the obsession with pornography is much like an obsession with video games. Just as parents find themselves paralyzed when trying to pry their children from the controller, a spouse can find themselves equally at a loss in pulling their partner back from pornography. In fact, the producers of pornography can be likened to producers of another addiction that has poisoned the world — cigarettes.  But in counter distinction to the cigarette industry, pornographic movies have no warning labels. The least the porn industry can do is display a warning: VIEWING THIS VIDEO MAY BE HARMFUL TO YOUR MARRIAGE or DO NOT TRY THIS AT HOME

About the Author
Natan Alexander has been in education and community leadership for 15 years. He received Smicha (Rabbinical Ordination) from Rabbi Shlomo Riskin and Rav Zalman Nechemia Goldberg. He is the founder and CEO of Better2gether, a website that helps religious and conservative couples improve their physical and emotional relationship in a modest way.
Related Topics
Related Posts
Comments