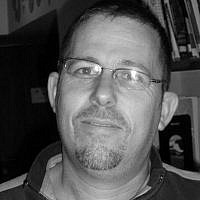 The Blogs
Youval Arbel
Apply for a Blog
Please note that the posts on The Blogs are contributed by third parties. The opinions, facts and any media content in them are presented solely by the authors, and neither The Times of Israel nor its partners assume any responsibility for them. Please contact us in case of abuse. In case of abuse,
Report this post.

An agreement to transport dozens of huge oil tankers through Eilat And Ashkelon each year serves the interests of the few oil corporations, while Israeli citizens — and Eilat’s coral reefs — pay the price. The plan, brokered between the Med-Red L.B., based in the UAE, and the Israeli state-owned EAPC company, or Europe Asia Pipeline Company, Ltd., commonly known by its Hebrew acronym, “Katza,” is under attack by at least 232 scientists and researchers from fields ranging from the hard sciences and engineering to public health experts and economists.

Together, these academics and professionals have sent a letter to the Israeli government, urging the state to halt plans to turn the seaport of Eilat into a giant terminal for oil, delivered via the Persian Gulf, heading to Ashkelon, and from there, to fuel Europe. Their concerns? The outcome of the agreement poses environmental, health and financial threats to everyone living along the Eilat-Aqaba Bay, the Sinai, and the Mediterranean, exposing the people to risk of oil spills, whether as a result of malfunction or deliberate sabotage.

Under the proposed agreement, every year dozens of oil and petroleum distillate containers would arrive at the EAPC dock in Eilat, which is located near the Eilat Coral Beach Nature Reserve. The oil would then be transported through pipelines running along the Arava and Negev regions to the Ashkelon port, and from there transported by oil tankers across Europe. The plan would add tens of millions of cubic metric tons to the existing old-running pipelines.

The agreement exposes the bay of Eilat and Aqaba in nearby Jordan, as well as the shoreline of Egypt’s Sinai peninsula and all the coral reefs in the area, to the colossal threat of oil spills. These would no doubt result not only in an environmental disaster but also an economic devastation. Areas along the route of the pipelines and the shores of the Mediterranean — where Israel’s strategic desalination plants are located – are also put in jeopardy.

Risks of deliberate sabotage to oil tankers are multifold. Hamas in Gaza has the capacity to cause damage to oil facilities and containers in nearby Ashkelon. In recent months ISIS in the Sinai has sabotaged gas infrastructure several times. The Houtis in Yemen, backed by Iran, have attacked oil tankers in the Red Sea.

The agreement harms, and perhaps even jeopardizes, the interests of neighboring Jordan and Egypt. First, because of the security risks it raises and the potential harm to tourism in the area. And second, the EAPC pipeline would compete with an existing pipeline in Egypt, which is jointly owned by Egypt and Saudi Arabia.

Have these risks and considerations been appropriately discussed with the Defense Ministry, the Foreign Ministry and the Knesset’s Foreign Affairs and Defense Committee? Is it really worth jeopardizing the sensitive ties Israel has formed with its neighbors for a profit of a few million dollars a year?

An oil spill in Ashkelon would force shutting down the water desalination plants, which today provide 75% of Israel’s drinking water. A severe oil spill would contaminate the beaches and cause damage to vital infrastructure and businesses. Air pollution in Eilat and Ashkelon would also worsen, negatively affecting public health, once more and more oil is transported.

A single “small” incident of malfunction or sabotage to an oil container is sufficient to create a large environmental disaster. If “only” 1% of the oil in the container spills into the Mediterranean, or worst yet into the Red Sea, the equivalent of thousands of oil barrels would spread quickly, covering the shoreline all the way down to Sinai’s popular beaches as well as plastering the coral reefs in Eilat.

Coral reefs are considered the rainforests of the oceans, as they enable the flourishing of marine life biodiversity. In the 1970s, Eilat’s coral reef nearly went extinct as a result of multiple oil spills in and around the EAPC dock. In the four decades since then, it had rehabilitated, but just barely. The coral reef in Eilat bay is a unique and rare natural treasure. Today these corals carry global significance: with climate change harming coral reefs across the world, their unique attributes make them a potential source for rejuvenation of corals in the future. The reef and the beautiful beaches of the bay are the heart of tourist in the area, attracting millions of visitors to Eilat, Aqaba, and Sinai. A serious oil spill would spell financial downfall for the many who are dependent on tourism for their livelihood, and billions invested in tourism infrastructure and attractions would be lost.

Behind these alarming concerns is a polluted history. Several environmental disasters have already occurred along EAPC’s pipeline between Eilat and Ashkelon, recently in Evrona and beforehand in Zin river and elsewhere. Nature will not easily overcome another contamination caused by oil pipelines carrying an ever growing volume of oil through natural reserves and sensitive natural environments.

Learn more and join the campaign to Save Red-Med.

About the Author
Youval Arbel holds a PhD in Physical Geography & Environmental Studies, a BSci in Geography and Biology, and has training in Israeli-Arab dialogue and cooperation projects. Since 2016, he has been the coordinator of coastal and marine campaigns at Zalul, an environmental NGO.
Related Topics
Related Posts
Comments