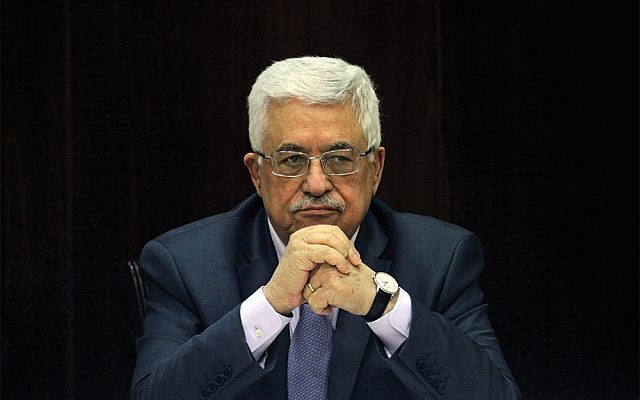 The Dutch Parliament is to be applauded for two recent interventions on Middle East policy.

First, its vote last week to halt aid funds to the Palestinian Authority over the latter’s payments to terrorists in Israeli jails is a most welcome and overdue development. Dutch lawmakers, who used to allocate £1.2 million a month for the PA to spend at its discretion, objected to the authority’s ‘pay for slay’ practice and will now only provide funds for specific projects.

Pay for slay is one of the most barbaric of all the PA’s domestic policies. Some 7 percent of the annual Palestinian budget is consumed by payments to imprisoned and released prisoners and their wider families, as well as generous allowances for the families of dead terrorists.

Under the system, payments increase depending on the severity of the terror offence and the consequent length of the prison sentence handed down. In other words, the PA has deliberately incentivised the most violent terrorist activities through a perverse system of financial reward. It was estimated in 2018 that the amount of money provided for these salaries dwarfed the $214 million annual PA budget for social welfare.

The claim, so often made by naive western apologists for the Palestinian cause, that these payments are justified because of Israel’s occupation, conveniently overlooks the fact that the Palestine Mujahidin and Martyrs Fund, designed to recompense families of fallen fedayeen, was established by Yasser Arafat in 1964, three years before Israel took control of the West Bank and Gaza. It is yet another excuse for the violent culture of terror that is encouraged within Palestinian society.

The PA is quite open about this heinous system too. As Mahmoud Abbas recently said: “If we are left with one penny, we will spend it on the families of the prisoners and marytrs.” It is an honest admission that this policy has a sacrosanct status in Ramallah.

Thus, it is vitally important to pressure western governments that give unfettered aid to the PA. This is certainly a consistent message delivered by B’nai B’rith UK’s advocacy arm, both in London and at the UN Human Rights Council in Geneva, in every meeting with senior diplomats, politicians and NGOs. Pay for slay is correctly described as one of the primary roadblocks to peace and a major impediment to the co-existence so badly sought in the region.

Second, the Dutch Parliament should be congratulated for dissenting from a recent ruling of the European Court of Justice (ECJ) which had ordered the labelling of Israeli goods made in settlements. It urged its government to object to the ruling unless a similar standard was also applied to all territories in dispute around the world.

These parliamentarians have seized on one of the main reasons why the ECJ ruling is so egregious. It applies a single standard to only one territory in dispute and thus discriminates in the most blatant terms against the Jewish state. The calls to label products originating from Western Sahara (partially occupied by Morocco), Cyprus (over a third of which was illegally seized by Turkey), Tibet (occupied by China) or Kashmir (disputed by India and Pakistan) have fallen on deaf ears. In the words of legal academic Professor Eugene Kontorovich: “This is not about consumer protection, it is about adopting a unique legal standard for the Jewish state.”

It is also a tremendous boon to the antisemitic BDS (Boycott, Divestment and Sanctions) movement, which seeks to isolate the Jewish state economically. Moreover, it also empowers the Palestinian Authority, which has rejected bilateral discussions with Israel in favour of demonising and delegitimising the Jewish state in international forums. Indeed, it did not take long for Saeb Erekat to call for the banning of all settlement goods.

The parliamentary votes may not determine government policy if they are non-binding. But they represent a step in the right direction and, as such, deserve widespread praise. One can only hope that other parliaments across Europe will follow the Netherlands’ lead.