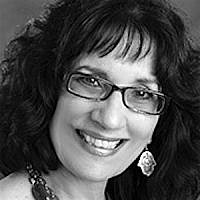 The Blogs
Elissa Einhorn
Apply for a Blog
Please note that the posts on The Blogs are contributed by third parties. The opinions, facts and any media content in them are presented solely by the authors, and neither The Times of Israel nor its partners assume any responsibility for them. Please contact us in case of abuse. In case of abuse,
Report this post.

“As you drive HOME take a moment to realize that although you may have been to Israel on previous trips, this is the first time leaving Ben Gurion as an Israeli citizen.”

Two weeks ago, El Al flight attendants scurried around the plane handing out last minute information cards with this poignant message to the 233 new olim who were about to land in Tel Aviv. These cards were accompanied by blue rubber bracelets stamped with #madeithome and Olah Chadash/ah in white lettering. Apparently, somewhere during the 10-hour flight between JFK and Ben Gurion, I became an Israeli citizen.

At least on paper, that is.

Sure, I now am the proud owner of a Teudat Olah (Immigration Booklet), Teudat Zehut (Identity Card), Kupat Cholim ID card (health care), RavKav (bus pass), and Bank HaPoalim ATM card. I’ve attended Shabbat services at two different shuls and listened to sermons and announcements in Hebrew. I have stood in lines at Misrad Klita (Ministry of Absorption); Bet HaAm (Ulpan); the Meches (Customs) table at a Nefesh B’Nefesh welcoming event; and at bus stops waiting for the 74, 75, 19, 68, and 9 buses to arrive.

And sure, my skin has been kissed by the ever-present summer sun, and sure, after being here for four days, I heard my name shouted as I crossed Bloomfield Park (a former rabbi from my community!), and sure, I started eating tomatoes for breakfast, drying my clothes on my mirpeset (balcony), and pulling an agala (those 2-wheel carts encased in various fabrics) to the grocery store, but does all of that make me an Israeli? I just don’t think so, but here is what I have thought about in the past 14 days:

I also think about my father who, following years of traveling around Europe with other Displaced Persons, decided to make his way to Israel. He was about to become an accidental oleh, but fate intervened and he turned around and sailed to Ellis Island instead.

Although he hardly chose to be an American, nor, like I, did he exactly plan to leave his home to become one, I can’t help feeling like I am finishing my father’s unexpected journey by putting down roots in this one and only Jewish homeland. Embracing a new place, a new culture, a new language, and a new beginning. My father once told me that he knew he was an American when he began dreaming in English. I look forward to the day when I wake up and realize that I dreamt in Hebrew. Perhaps then, I will call myself an Israeli and really believe that I #madeithome.

About the Author
Elissa Einhorn has 30 years of non-profit experience in the communications field. A trained journalist, she has won several awards for her writing, beginning with an award from the Society of Professional Journalists in 1988 while earning a Master's degree in Communications/Journalism. She has served as managing editor and sole staff writer for the Jewish community newspaper in Sacramento, California, for 10 years. She is currently looking for writing work in Jerusalem while studying at Ulpan.
Related Topics
Related Posts
Comments