As we wind down the last few days of Chanukah, two thoughts float around in my mind. A bit disjointed, but please join me for the ride.

First. Something I wrote a decade ago about Chanukah and how its meaning is lost among many Americans…. Bottom line is that the “story of Chanukah, the Maccabean uprising, represents the fight to preserve Judaism, so that the people could safely and openly believe, pray, be observant, be different.” I continued, “Modern day Chanukah, however, looks like an attempt to fit in with the rest. It is an attempt to suppress the differences.”

This came back to me when I saw one Facebook group where “the December dilemma” came up. Moms wanted to know if other moms felt pressure to make their celebration anything like Christmas. I was happily surprised to see how many moms said “No!”

I also came across Mayim Bialik’s nice video on what Chanukah is and what it isn’t. On the whole, I like her as the spokesperson she’s turned out to be for Jews. And how she makes it a point to live her religious life without compromise. No suppressing differences.

At the same time, I read Kveller’s op-ed on why you can’t celebrate both holidays, and had to voice my opinion on the comment thread on Facebook. “I agree 100% with the writer. Christmas celebrates the birth of Jesus, whom Christians consider the son of G-D. Chanukah commemorates the Jews battle to preserve the right to be Jewish, a religion which recognizes one G-D. The two are incompatible. Parents who want to “keep” both, IMHO, shouldn’t. But if they must do, they need to couch it in language around wanting to respect each parent’s upbringing, not around anything to do with religious belief.” To be honest, this is part of a larger conversation, about how to raise children in an interfaith family. Because if all they are exposed to of Judaism is Chanukah, then truly, the bigger decisions have yet to take place.

At any rate, while the first train of thought about Chanukah has to do with understanding and defining its significance, the second is a completely different thread. There’s a holiday song in Hebrew, Banu Hoshech Legaresh (We came to drive out the dark), and it has to do with the lights of Chanukah. Typically, a children’s song, this rendition isn’t, though it’s very pretty. Anyway, what strikes me about this song are the lines, “Each of us is one small light. All together, we shine bright.”

This could be construed literally – everyone holding a small light, put them together, and they can drive out the darkness. It could also be taken historically – the Maccabees in their small numbers working together drove out the Greeks. And today, in our political climate, why not take it in the context of voting? Never think your voice doesn’t count. Go vote. Each vote counts, especially when taken together.

Like I said, two disparate thoughts coming out of one holiday. But perhaps they can be tied together.

Tonight I sat at my son’s high school Performing Arts Showcase. The children came in singing Havenu Shalom Aleichem…and then segued into one Christmas song, followed by about a dozen other pieces (chorus, band, orchestra and drama) that were all about Christmas, some more religious than others. And I thought about the children up on the stage who were Muslim, Hindu, Jewish, wondering how they felt.

I hope they saw themselves as individual and special lights. Because, as I noted in my blog a decade ago, “‘They do what they do and we do what we do. We are all different.’ Being different is good. Being different grants you a unique perspective…and identity.” For all of us who are minorities of different kinds within greater majorities, we need to always remember we are each a small light. And together can drive out the dark. 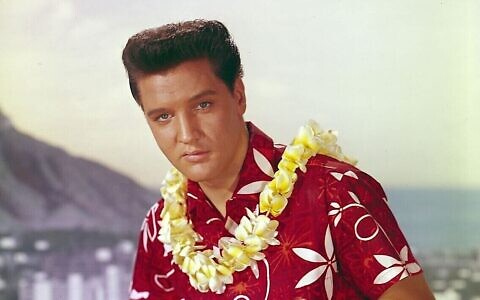 Was Elvis ‘King of Rock and Roll’ Jewish?
Bob Bahr 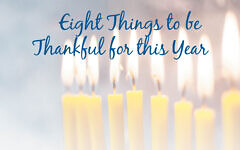 Eight Things to be Thankful for this Year 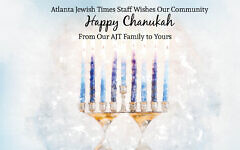 Chanukah Wishes From Our AJT Family to Yours 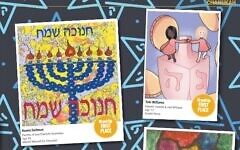 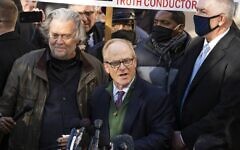 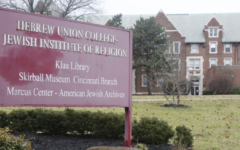