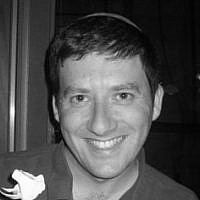 The Blogs
David Wiseman
Apply for a Blog
Please note that the posts on The Blogs are contributed by third parties. The opinions, facts and any media content in them are presented solely by the authors, and neither The Times of Israel nor its partners assume any responsibility for them. Please contact us in case of abuse. In case of abuse,
Report this post.

I’m not a political person but there is a segment of society that needs to be isolated. They are a danger to others and to themselves. I don’t want to them to be anywhere near me and I don’t even want to see them. Of course I’m talking about learner drivers…

The worst thing about learner drivers is that they enable the most nefarious element of Israeli society – the driving instructor.

Back in October 2015, when I wrote about my adventures in looking for a job, I was the first person on the Times of Israel to warn about the dangers of binary options. That paved the way for Times of Israel leading the charge against this disgusting industry. And they say no-one reads the TOI blog posts anymore!

So Times of Israel – I want you to put those driving instructors under your microscope.

18 months later, it was time to move on and find another job, so here I am again writing about it and while I’m at it, I’m blowing the whistle on the driving teachers. Those creepy dodgy people who hang out around Binyanei Hauma in a double-parked pack.

You can recognise them by the sunglasses, mobile phone, cup of coffee and newspaper. Trillions of dollars are spent every year by people trying to get from Point A to Point B – driving instructors are the only ones who get paid to be chauffeured around while they do their errands.

Apart from completing their sudoku while you drive, what wisdom and knowledge does the instructor actually impart? It’s not to turn off the turn signal, that’s for sure.

You would expect that after spending a small fortune on paying for all those lessons, a driver would emerge capable of challenging Lewis Hamilton and Sebastian Vettel for the Formula One title, but alas. Drive anywhere in Israel and you are bound to be curious as to how anyone passed the test. After seeing Mad Max: Fury Road, I thought it was a documentary on driving from Jerusalem to Tel Aviv.

Facebook has well and truly emerged as the dominant social network – so much so that you end up going there looking for a job, much more so than Linkedin.

There are a lot of weird jobs posted on Facebook such as the one for a Fake News fact checker where you had to ensure that there were no facts in the article. In trying to appeal to millennials, everyone now posts memes with their postings. The problem with the memes is that they have little to do with the position

Not sure what this was for, the only thing I could think of was that the Death Star is looking for engineers

Companies love to post memes with animals, but very rarely are animals in the office actually allowed.

The reason why one goes to Facebook is the problem with it – all the people there. Things were bad during 2016 before the election, how little did we know! I really can’t tell anymore if Black Mirror is satirical or a documentary.

According to Facebook, everyone eats every meal at Crave, spends every sunset outside waiting to take a picture of it and blame those who voted for Trump for us now having to pay 10 agorot for plastic bags.

To be honest, I don’t mind the political discussion on Facebook as much as I dislike people who post “THIS!” or ask a question and then say “GO!” … What about this, and where should we go!?!?

Speaking of the plastic bags, it’s an interesting human experience to go to Osher Ad. To see the people who have just spent 800 shekel on groceries froth at the mouth complaining about having to spend 2 and a half shekel on plastic bags.

Lady, instead of making a big stink about the bags, maybe not buy the Crembo or Strawberry Bamba (I mean seriously, WTF?! You’re the one who buys that?!).

Osher Ad is a place as mysterious as the Bermuda Triangle. Often you have to wait 40 minutes in line due to the ghosts. You know, the people who just apparate and claim they were behind the person that’s in front of you.

Then this is what I don’t get. Everyone’s cart is piled sky-high but yet literally not a single person knows where anything is….

Me: סליחה, האם אתה יודע היכן הבננות ??
Them (getting off mobile phone): לא
Me (pointing to bananas in their cart): אז איפה מצאת אלה??
Them: shrugs shoulders. Resume conversation on mobile phone and walk away

So I had 2 main requirements for a job.
1) Had to have a great coffee and tea selection
2) Had to be a welcoming nurturing environment

What better than reputation management? In a world where people are torching theirs every day, the demand would never stop.

So I applied to Five Blocks and the rest is history.

I even drive here. I’ll be the one patiently driving behind the learner 😐

About the Author
David Wiseman plays cricket in Israel. When not doing this he likes to do jigsaw puzzles.
Comments