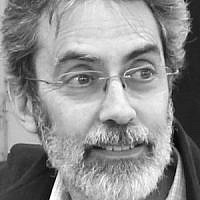 The Blogs
Andrew Wirth
Apply for a Blog
Advertisement
Please note that the posts on The Blogs are contributed by third parties. The opinions, facts and any media content in them are presented solely by the authors, and neither The Times of Israel nor its partners assume any responsibility for them. Please contact us in case of abuse. In case of abuse,
Report this post.

Gilligan’s Island (for those too young or too sophisticated to remember) is a ‘60s cornball sitcom about a group of wacky castaways. In one episode, the simple but goodhearted Gilligan listens to a heated dispute and says to Thurston “You’re right” and then hearing the opposing view says to the Professor “you’re right”. When the Skipper complains that they can’t both be right, Gilligan, momentarily bewildered, says “you know what Skip, you’re right too”.

Unfortunately, the complexity and nuance necessary to articulate these positions do not lend themselves to the sound-bites and slogans that characterize much of what passes for public debate in the diaspora. Terms like racism and colonialism work for the anti-Zionist left because there is enough of what resembles racism and colonialism (and undeniably elements of real racism and colonialism) in Israel to give these descriptors traction. The deep problem facing liberal Zionists is that these terms have come to be perceived by the broad international community as representing the essence of the Zionist project. For many, Israel is “nothing but” a racist entity. Within this conceptual frame, anyone seeking to tease out the complexities within Israel and the immense challenges facing the Israeli body politic, can be dismissed as an apologist, a fig leaf, a “washer” of whatever colour, or a hasbarist (propagandist). Unfortunately, there are so many ham-fisted, “my country right or wrong”, “all criticism of Israel is anti-semitism” types in Diaspora Jewish communities, that those seeking to present a nuanced vision easily get lost in the noise.

So, what happens when someone like Bradley Burstin, a fine and sensitive editor and columnist for Haaretz, drops the “A-bomb” and claims that Israel is effectively an apartheid state. Many on the left in Israel feel such frustration and anger with the direction in which Israel is being led that the use of provocative language can be understood as an expression of exasperation; a wake up call to their community and their leaders. This was explored in the most recent episode of the ever-enjoyable “The Promised” podcast. Interestingly, the focus of that discussion was on the impact of Burstin’s article on the credibility of the Israeli left in the eyes of both the Israeli right and mainstream.

However, outside of Israel circumstances are very different, and there are several different audiences who will hear Burstin in quite different ways. Many Israeli progressive commentators and activists seem to believe the world is made up of Fox News listeners, the Christian right and AIPAC, and needs to be shaken out of its complacent and uncritical support of Israel. However, the Jewish establishment – the AIPACs of the world – will simply dismiss Burstin as at best naïve and at worst a self-hater. Meanwhile, the anti-Zionist left will rub their hands in glee and add this apartheid meme to their armamentarium: “you see, even Israeli Jews say Israel is an apartheid racist entity!” Most important, I believe, is the great mass of mildly interested, moderately informed on-lookers, good folk, the readers of broadsheets, the listeners to public broadcasters, the centre and soft-left, who are drip fed terrible images and headlines that, along with BDS-style vilification of Israel, serves to essentialise Israel as evil. This is happening in Europe, Australia and increasingly in the US, particularly amongst groups like African-Americans for whom the plight of Palestinians resonates powerfully with their own history of oppression.

Many concerned diaspora Jews who seek to provide their broader communities with access to something other than caricatures of Israel, face enormous challenges within their social circles, work places, campuses and political environments. As a minor example, a highly educated colleague of mine recently expressed great surprise to hear that Israeli Arabs and Jews are treated in the same hospitals. Such misconceptions, small and large, abound and are easily exploited. Ironically, Israeli social activists and journalists, who unarguably serve a vital function within Israel, may fail to understand the complexity of their varied audiences outside of Israel. While they may feel their public utterances serve as a “corrective” to uncritical support for Israel, in many cases – and I believe Burstin’s article is a good example – they simply serve to deepen established anti-Israel prejudice and hatred.

Some will say “how can one remain silent in the face of injustice – it’s just too bad if speaking out has some downside”. However, any statement made in the public domain should be subject to two tests of worthiness- the first, is it true; and second, will it do more harm than good? Burstin’s A-bomb fails the first test and, I would suggest, is highly suspect on the second.

Even Gilligan would agree.

About the Author
Andrew is a medical specialist working in a cancer hospital in Melbourne, Australia. He is a regular visitor to Israel and a member of an egalitarian shul. He occasionally suffers from thought bubbles that transmogrify into written form. He lives with his wife and three sons.
Related Topics
Related Posts
Comments