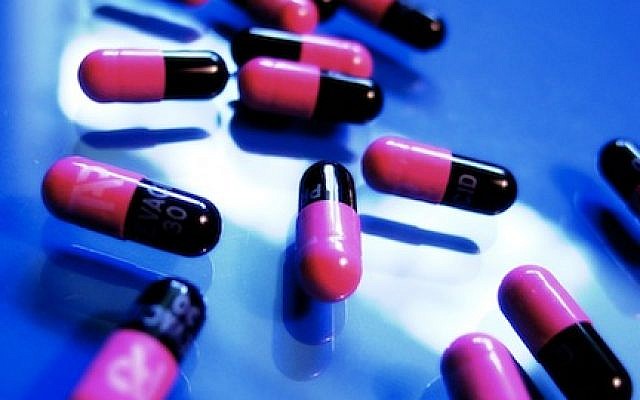 Two weeks ago, the chief medical examiner for Cuyahoga County testified before congress, and it was not for good reasons. Ohio leads the nation in opioid deaths. He testified that Cuyahoga County will see upwards of 850 drug-related deaths in 2017, an increase from 2016, which up until now had been the most devastating year for drug related deaths.

In my time as rabbi, I have attended the funerals for three young people in the Jewish community who died from overdoses. Being present for families at such a time is one of the hardest and most painful things I have ever done. The Jewish community in general and the orthodox community in particular often have difficulty accepting that addiction is real. We like to think we are safe and that we are better in some way. We like to think that a life of torah and mitzvot automatically protects us from such things. However, we all know that this is simply not true. Addiction in one form or another touches nearly every family regardless or religiosity, education, or socioeconomic level.

I have always been struck by the number of times that God counts the Jewish people after their departure from Egypt and throughout their time in the desert. It seems to happen over and over again without any clear cause or justification. Certainly God is omniscient and has no need of a census. Rashi explains that God repeatedly counts because each one of the Jewish people is precious to Him (Shemot 1:1). Each person is fundamentally a name and not a number. The problem, however, is that human beings often fail to see this. It’s too easy to look at the statistics about opioid deaths in places like Ohio and see only numbers. It would be a moral failure if we could not recognize that each statistic is somebody’s son or daughter; brother or sister. God sees human beings, each one of infinite value, and we must work to do the same.

One of the most important things that we can do as a community to face this challenge is reduce the stigma around it. Addiction is often viewed as shameful, a shanda, especially in the orthodox community. As a consequence, we too often turn the other way or attempt to bury the issue under the rug. This, however, is the real chilul hashem. Torah and halacha weren’t given to us by God to make us perfect. They were given to us to help us fight the challenges that we will face in our life. God’s torah is a torah of truth and the truth is that addiction is real and all too present in our community. Our ultimate test in not whether we or our loved ones fail by succumbing to addiction. Rather, it is whether or not we can acknowledge the face of addiction that exists all around us.

One of the central messages of the torah is that true love means we care enough about others to feel responsible for them. We must have the courage to offer our support and intervene when we see that individuals and families are struggling. The midrash teaches: “Love unaccompanied by tochecha (rebuke) is not love.” (Bereshit Rabbah 54:3). If I say I love you, but don’t feel responsible for you than those words are empty of all meaning. Love means we can’t turn the other way and pretend that the problem doesn’t exist.

My rebbe, Rabbi Avi Weiss, has often said that if you are a rabbi and you claim that there are no issues like addiction or spousal abuse in your community then all that means is that people are not comfortable sharing their problems with you. The same is true not just for rabbis but for synagogues as well. If you claim that there are no such problems in your synagogue, all that means is that you must work harder at being open to those struggling. We must all make it clear that we are available to offer support. If you or anyone you know is struggling with addiction, you must know that you are not alone.