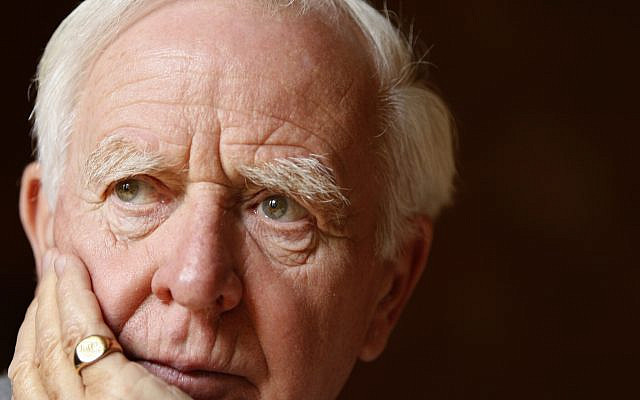 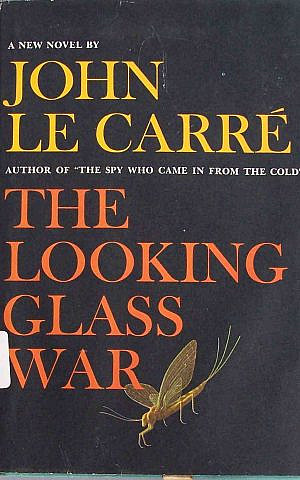 They’re the bad guys, we’re the good guys; but we all do the same awful things, so it’s like seeing into a looking glass. Photo courtesy of Flickr user Drümmkopf, CC-BY 2.0

David Cornwell, who wrote as John le Carré, had been an agent runner; he knew all about the ways governments get things done by manipulating people.

Agent runners are expert at manipulation. Once I pitied the soft-headed fools manipulated by an agent runner colleague of mine. Then I discovered that the same colleague was manipulating me. It was depressing and filthy; but governments rely on cynical, squalid manipulation to get things done. When you train people to be manipulators, you get manipulators; and when you promote people who are good at manipulation, you get the kind of compromised leadership that you read about in John le Carré books.

The dominant theme of his earlier novels was that whatever the philosophical merits of one side or another in a conflict, at its most basic level conflict was the same on both sides. At that basic level, the conflict was about spying, and the people involved were ‘seedy, squalid little bastards .… drunkards, queers, hen-pecked husbands, civil servants playing cowboys and Indians to brighten their rotten little lives’, in the words of his character Alec Leamas.

Cornwell started his intelligence career debriefing Eastern Bloc defectors in the British Army’s Intelligence Corps and later worked for Britain’s security services. He began publishing under a pseudonym because he was working under Foreign Office cover, and at the time diplomats were not permitted by the Foreign Office to publish openly. When literary success exposed his identity, he had to leave his work with the Security Services. 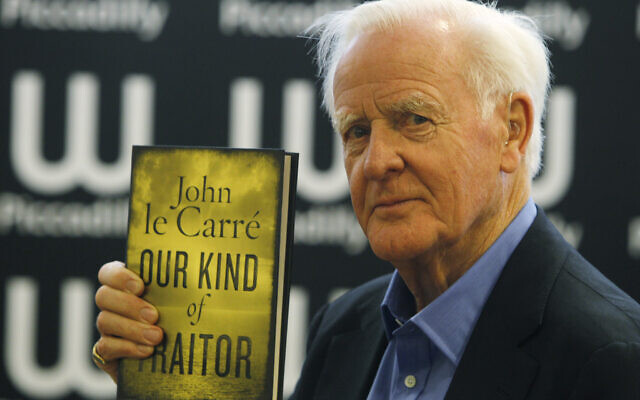 British author David Cornwell, who wrote as John le Carré, holds a copy of his book ‘Our Kind of Traitor’ at a central London bookstore during a book signing event to mark the launch of the novel in London Thursday, Sept. 16, 2010. (AP Photo/Alastair Grant)

In his early work, Cornwell wrote books that portrayed the squalor of espionage as a means to defeat the Monstrous Enemy. As a young man, Cornwell had spied on fellow-students at Oxford in search of Communist subversives; so being a bit sleazy while fighting the Monstrous Enemy was part of who he was. The end justified the means. The state had to fight, but the way the state fought was repellent.

Later in his life, the Soviet version of the Monstrous Enemy disappeared, and Cornwell found himself progressively less impressed with reasons of state. He despised the West’s wars in Vietnam and Iraq. Contempt for the leadership of the West – British leaders, but especially American – started to stink out of his pores, the way Alec Leamas oozed booze in Martin Ritt’s film adaptation in The Spy Who Came In from the Cold. Without a Monstrous Enemy, he found that the filthy subterfuges of governments were no longer justifiable.

Cornwell’s later novels sought to match his characters against new versions of the Monstrous Enemy. They took on the power wielded over governments by multinational corporations, and the privatisation of intelligence by … more multinational corporations. He increasingly tended towards caricature of Americans as ridiculous, absurdly zealous, but immensely powerful; and towards America’s enemies as blameless. Over the last decades of his life, his power as a bestselling author gave him the power to get rid of editors who criticised his writing, and his books started to appear as caricatures of his early work.

Fundamental to the John le Carré novel was that even when the philosophy of one side was right and the other was wrong, both sides’ methods were comparable. During the Cold War, it was clear that Soviet Communism was awful, but in his eyes, Eastern and Western spies were about equally villainous. When he wrote The Little Drummer Girl, a novel of the Israel-Palestine conflict, he created a plot that emphasised this practical equivalence. His Israelis – both the endearing one and the sinister one – first brainwashed an English actress to become their agent and then brainwashed her into sympathy with a Palestinian terrorist faction. The book was considered by many to be vaguely anti-Semitic. The film, which starred Diane Keaton as the (now American) ingenue, and the ever-diabolical Klaus Kinski as an Israeli spymaster; was considered rather more anti-Semitic, over Cornwell’s objections that he was (as he always was) showing everyone to be equally villainous at an operational level without judging the morals of anyone’s aims.

Other spy novelists had served in the wartime and postwar intelligence services, notably his fellow predecessor in the miserable spy novel game Graham Greene, and Ian Fleming who created the misogynistic, brutal Commander Bond. The efforts of these writers, their best-selling novels, and their blockbuster film adaptations; created a love for the idea of British spies; whether the dashing ones or the miserable ones. This added to the cachet of the security services both at home and abroad. The star power of book and film franchises sold a legend of the brilliant and effective (if drunken and squalid) spies and spymasters on Her Majesty’s service. This supported Britain’s brand abroad, and the brands of the Security Service and the Secret Intelligence Service within UK government.

Cornwell compared the process of adapting his books to processing a cow into a bouillon cube; creating something similar in essence but with a great deal of warmth and complexity lost in the process. Even so, he was always willing to see his work adapted. Loathing the process, but seeking nonetheless to be immensely successful, was something Cornwell saw in British traitors Guy Burgess and Donald Maclean. The Soviet moles in the British secret services worked for Moscow but also strove to succeed in the British establishment they hated. Cornwell himself was contemptuous of adaptation, but he loathed it all the way to the bank.

In later life, Cornwell oozed contempt for the leadership of the West; British, but especially American. In private life and public lectures, he became angrier and more bitter, but worked hard to keep his politics out of his books. Sometimes he succeeded. His biographer, Adam Sisman, has said openly that he wished Cornwell would stop publishing the increasingly preachy books with decreasingly complex characters. Nonetheless, his best work is still being made into new radio, television and film adaptations; and his work sells well in print and in audiobooks.

Cornwell viewed himself as a very private man who never gave interviews. We know this because he gave many interviews, in which he called himself a very private man. In his later years, he was convinced that he was being wiretapped by his political enemies for his thoroughly conventional anti-establishment views. He had become a version of one of his characters: a little bit deceptive, a little bit exciting, and struggling all the time with a Monstrous Enemy.