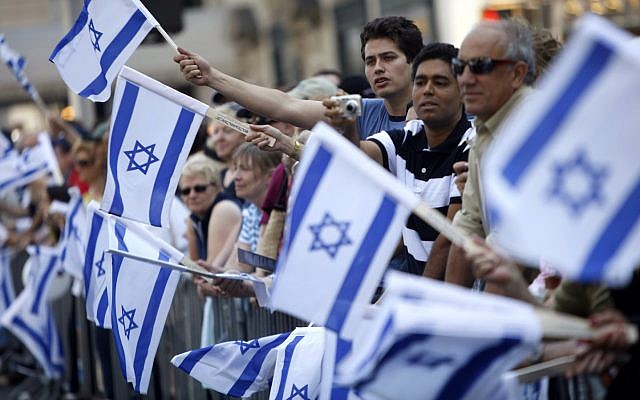 Why do American Jews feel such an attachment to Israel (though sadly, not as much as before)? Contrary to analogies I’ve been reading, it is not comparable to Irish Americans longing for Ireland or Italian Americans caring about Italy. For us, the commitment is not merely ethnic or ancestral, it is also spiritual and existential. It is not a matter of dual loyalty, in fact, but dual love. It’s a relationship that should not cause inner conflict or embarrassment, but great pride. Israel is, without doubt, the Jewish people’s most impactful contribution to civilization since the Talmud was completed 15 centuries ago.

It seems to me that when people are looking back at the Jewish contribution to this historical epoch a thousand years from now, they will speak of Einstein, Freud, and Marx — and their impact on the world at large. But our descendants will point toward Israel as our generation’s most original, revolutionary creation.

Israel is our Book of Psalms and our Job, our magnum opus.

That is why Israel matters to Jews, no matter where we live. That is why things like elections matter, and religious freedom and planting trees and ensuring equal rights for women, LGBTQ and minorities in Israel. That’s why free speech matters, and that people who disagree with a government policy shouldn’t be detained at the airport. These things matter to Diaspora Jews. And if they don’t, they should. And it should matter to Israelis that it matters to Diaspora Jews.

For American Jews, America is our home. But Israel is our canvas. The former is where we live our lives. The latter is where our lives will have mattered a millennium from now. Whether or not American Jews actually vote in Israel’s elections (and I believe we should have that right), American Jews should participate in shaping Israel’s destiny.

That is why Israel’s security also matters to us, and why it needs to maintain a qualitative military edge over its neighbors.

Yes, America is a grand experiment too, one that American Jews cherish and also view as a great work of art. The past few years have reminded us that we can never be complacent in sustaining American democracy. As an American Jew, I love all that America stands for, even when she struggles to find her way, in the same way that my love for Israel remains unconditional, even when she disappoints and struggles. It’s possible to love both grand experiments, America and Israel — AND chew gum — at the same time.

In America, I am one of 325 million “tempest-tost,” who have come from everywhere to bathe in the glow of a lady with a lamp, to become a beacon of hope to the world. And with Israel, I am one of a mere 13 million Jews gathered from everywhere, part of a people who have walked this earth for over 3,000 years — and survivors of the greatest evil the world has known — determined to kindle a “light unto the nations” in an old-new land where ideals of the biblical prophets spring to life.

It’s not a matter of dual loyalty, then, but dual love.