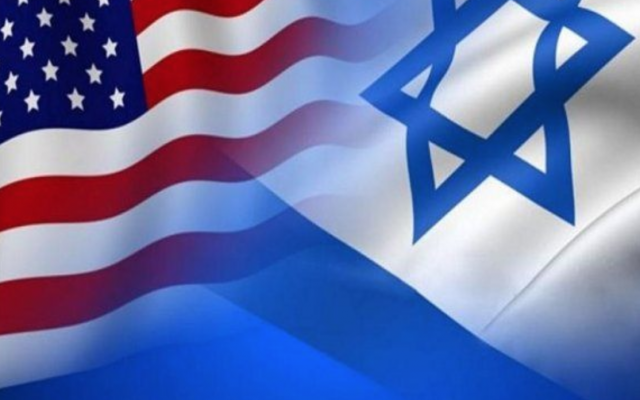 The idea of accusing individuals or groups of people of dual loyalty is nothing new. There were, for instance, accusations of dual-loyalty aimed at the Japanese and Italians during World War II, and even at John Kennedy, when some opponents to his candidacy thought that a Roman Catholic President would have a divided loyalty with the Vatican. However, a search for “dual loyalty” on the Internet finds the vast majority of the results refer to the Jews and Israel.

But should, in fact, dual loyalty be labeled as a negative? Does it mean necessarily conflicting interests? Should loyalty to one’s heritage, identity – in other words to one’s roots – be something to be ashamed of and in some way infer disloyalty to one’s adopted country?

When Martin Luther King witnessed the independence of Ghana in 1957 and said “I could hear that old Negro spiritual once more crying out: ‘Free at last, free at last, Great God Almighty, I’m free at last’” was he expressing some disloyalty to the USA? Of course not.

As Mohammed Elnaiem reported in his JStor.org piece published in February 14, 2018, “King went to Ghana to honor the first African independence ceremony. Standing next to Coretta King, he wept as he saw the Union Jack fall and the new flag of Ghana being raised.“

MLK felt this way because for him, as for most, if not all African-Americans, there is not only the historical bond, but also a spiritual bond between African-Americans and Africa.  Yet nobody ever accused them of dual loyalty in the way Jews are being accused.

If one looks at Irish-Americans, they also feel that bond with their homeland, whether they are first generation Americans, or their descendants.

Take as an example The Society of the Friendly Sons of St. Patrick on Long Island. This is “an organization comprised of Sons of Erin [i.e. Ireland] and/or their descendants.” As per the organization’s website (https://www.fsspli.org) :  “We are interested in economic development of the homeland, as well as Long Island, and promotion of the rich culture of our ancestors…. Our ends are also philanthropic and charitable, devoted to the betterment of our less fortunate brethren, both here and in Ireland.”

Does the fact that they refer to Ireland as their homeland and show a special interest in helping Ireland, mean they are considered less loyal to the United States? Have they been ever accused of dual loyalty? Of course not.

The same is true for Scottish-Americans, who have more than 100 organizations in the United States. As an example, one of them,  The Caledonian & St. Andrew’s Society of Seattle,  works toward “assisting its Members in gaining more knowledge about Scotland, the Scots, Scottish heritage and Scottish culture…..To support American and Scottish charitable and educational causes…. To promote friendly relations between the Members of this Society, kindred societies and other Scots wherever they may be.” And what about The American-Scottish Foundation, whose logo carries the words “Semper Scotia” (“Always Scotland”).  Should they or their members be accused of dual loyalty? Of course not.

Stephen S. Hall, the grandson of Italian immigrants, in a very enlightening piece published in the New York Times on May 15, 1983, wrote that “a recent survey of 213 third-generation Italian-Americans in their early 30’s, all of whom had grown up in the heavily Italian Bensonhurst neighborhood of Brooklyn, revealed overwhelmingly positive feelings about their Italian roots. To the question ”Would you change your ethnic identity?” not a single person in the sample said yes.”

Rudolph J. Vecoli, professor of history at the University of Minnesota and director of the Immigration History Research Center, quoted in the same article, said,  ”If you are inculcated with the values of a group, then to reject, to challenge, to give them up means a conflict of loyalty – a kind of disloyalty. …You’re being untrue to your family, your parents and your ancestral heritage. That is true of many ethnic groups. But to make that break is perhaps more of a trauma for Italian-Americans than for others.”

Note that the conflict of loyalty lies in abandoning one’s roots and heritage, and not in maintaining it along with the loyalty to one’s adopted country.

Stephen Hall ends his article with the following story: “William D. D’Antonio, executive officer of the American Sociological Association, visited his two college-age daughters on successive weekends. At the University of Vermont, his daughter Raissa told about a psychology paper she had written on the theme ”Five Things I Like About Myself”; one of those things was that she liked being Italian. The following weekend, he visited his daughter Laura at Yale. ”I’m the only 100 percent Italian in my dorm.”

When Elie Wiesel once said  “I can live as a Jew outside Israel but not without Israel”was he being disloyal to the United States of America?  Of course not.  He was emulating the same kind of feeling that we read in all the above situations.

Israel, being the only Jewish State, and the place from where Jews were expelled during different periods of history – from the Babylonian exile, through the Crusades – certainly sparks in most Jews a similar feeling expressed by Elie Wiesel, especially given the long history of persecution and annihilation we went through.

Moreover, unlike Ireland, Scotland, Italy or any other country, since its rebirth 70 years ago, Israel has been under a constant existential threat. Therefore, it should be understandable that Jewish-Americans would want to work hand-in-hand with the United States – the Congress and the Administration – to ensure the security of our homeland, something that has been proven to be of great value to the United States as well.

If Irish, Scottish, and Italian-Americans feel the way they do about their roots and homeland, and are not accused of dual loyalty – as they should not be – why the implying accusation of disloyalty when it comes to Jewish-Americans? The reason is very clear: we should understand that the accusation of dual loyalty is just one of the many disguised forms of antisemitism, and therefore, we should not be deterred by this accusation.

We are – as we should be – proud of our dual loyalty to countries that represent our past and our present, and perfectly align in their interests and values.