The Blogs
Avi Kapon
Apply for a Blog
Please note that the posts on The Blogs are contributed by third parties. The opinions, facts and any media content in them are presented solely by the authors, and neither The Times of Israel nor its partners assume any responsibility for them. Please contact us in case of abuse. In case of abuse,
Report this post. 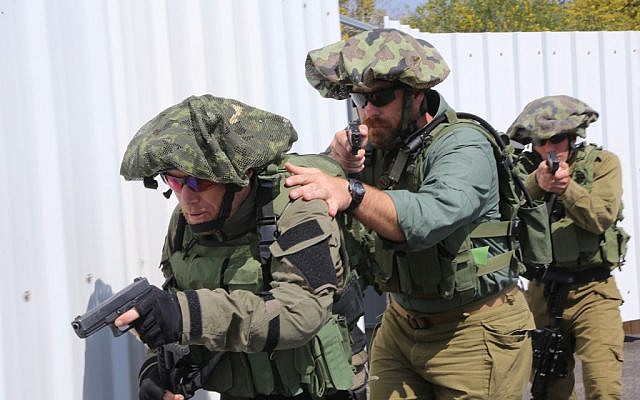 The Israeli Defense Forces and the Israel Police have a long history of violence and harm against Palestinian people and Jews of Color. They persist in using tactics of extrajudicial killing, excessive force, racial profiling, and repression of social justice movements. Such tactics have been condemned by international human rights organizations for violating the human rights of Palestinians.

These tactics further militarize U.S. police forces that train in Israel, and this training helps the police terrorize Black and Brown communities here in the US. Additionally, such practices erode our constitutional rights to due process, freedom of speech, and freedom of assembly. Durham officials — including former Chief Lopez and current Chief Davis — have participated in these racist police exchange programs.

We are members of Durham’s community committed to peace and justice from Durham to Palestine. We want to live in a Durham that ensures true collective safety for all, and so we demand that the City of Durham immediately halt any partnerships that the Durham Police Department has or might enter into with the Israeli Defense Forces and/or the Israel Police.

Plenty can be written about the hypocritical nature of this ban, of those who stand behind it, of the easily proven falsehoods and the glaring lack of context.  As expected, no similar effort to prevent Durham’s police from training with Russia, China or North Korea was pushed.  But I’ll leave that to others to discuss thoroughly.

As a security professional, I’d like to focus on the practical aspects of what this decision means.

In 2018 terror attacks are a reality.  Whether it is 64-year-old Stephen Paddock in Las Vegas or 29-year-old Omar Mateen in Orlando or 19-year-old Nicolas Kruz in Florida, communities around the United States and the world can longer bury their heads in the sand and assume that it won’t happen in their community.  Indeed, the ease with which an attacker can cause significant harm – whether with a firearm, van or even knives – means that we are all targets.  Just look at the attack in Toronto this week.

With this ban, the City Council of Durham, North Carolina has essentially placed politically-motivated limitations on the training its law enforcement can receive to protect Durham’s own citizens – training that Israel has developed and paid for in blood.  Active shooters, hostage situations or bomb threats are real scenarios that even smaller local police departments need to be prepared to handle because to wait for specialized FBI units or SWAT teams instead of knowing how to engage can mean more deaths or injuries as an attack continues.

Just look at the atrocity at the Bataclan Theatre in Paris a few years ago when even special forces, inexperienced and unsure of how to act, let the killers murder nearly 100 people over nearly 3 hours (!) before finally entering. The fact that some of the ‘professionals’ believed that a hostage situation was going on while people were being slaughtered demonstrates just magnifies what a lack of proper training and experience can mean.

The kinds of training and methods needed to minimize and mitigate the damages of these types of attacks can only be taught by experienced counter-terror veterans.  Because of Israel’s unfortunate need to fight terrorism in all its forms and tactics for decades, its counter-terror experts are among the most experienced and respected professionals on the planet.  By allowing the false narrative peddled by BDS activists to be their primary or only source of facts on the situation in Israel, the City Council, out of willful ignorance, is shooting itself – and Durham’s citizens – in the foot, refusing help from those who are best-suited to do so. Citizens of Durham have two important steps to take:

Now is the time to act – not just in Durham but everywhere – to ensure that you, your family, community and law enforcement are ready for a terror attack in your own town.  Don’t let political decisions like the ban Durham passed become the reason for the next poorly-handled terror attack – too much is at stake.

About the Author
Avi is the head of Kapon Defense and is one of Israel's leading counter-terror experts with years of experience as Chief Combat Instructor for the IDF Counter-Terror Academy, Airports Authority, Ministry of Defense-Border Crossing Authority & Israeli Prime Minister's Jerusalem Security.
Related Topics
Related Posts
Comments