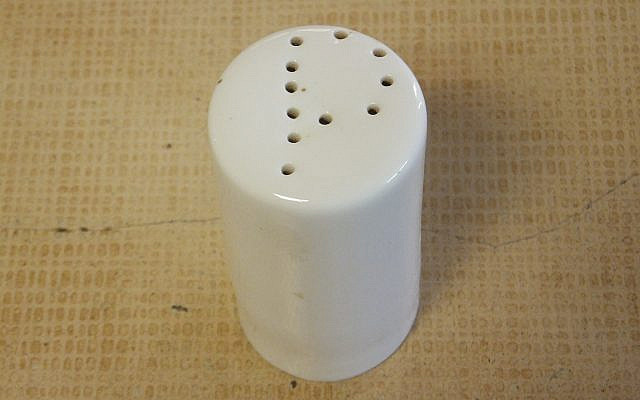 A Pepper Pot (Photo and Pot Belong to the Author)

Australia. Many readers will not recognize this name. It is basically a large lump of sand somewhere in the far south. Most readers will have no reason to visit.

Australia was inhabited by the Aboriginal people for tens of thousands of years. But they were no match for the European invaders who turned up in the seventeenth century, fully armed with “modern” weapons.

The first thought of the invaders was not for the original inhabitants, not even for the interesting new land they had discovered. No. What a good place to bring murderers, thieves, and other undesirables. Let’s make a penal colony.

For more that 60 years some 160,000 prisoners were transported to Australia.

Now, the descendants of these criminals have the temerity to tell us in Israel where our capital city is to be found.

On Tuesday, Australia announced that it would no longer recognize West Jerusalem as Israel’s capital. It would recognize Tel Aviv instead.

Well, we recognize anti-Semitism when we see it. We recognize jealousy when we see it. The Jews returned to their own land, given to them in antiquity. Jerusalem has been the center of Jewish life for more than two thousand years. Australia is full of those who “returned” to someone else’s land, who subjected the native population to unspeakable horrors. Not a pleasant history to contend with.

Now is the time to recognize the Aboriginal’s claims to their historic homeland. The white European invaders must return to their own lands.