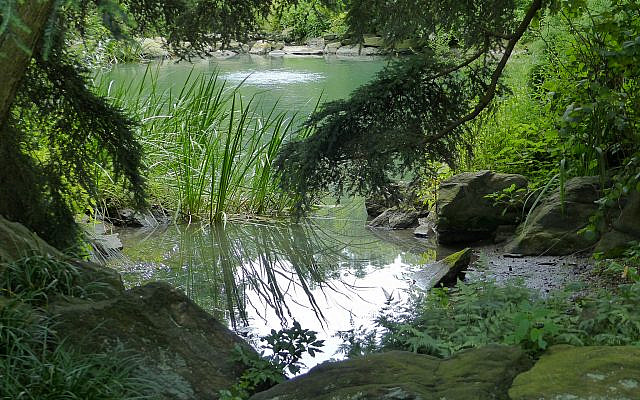 We Need Something Interesting To Do This Winter 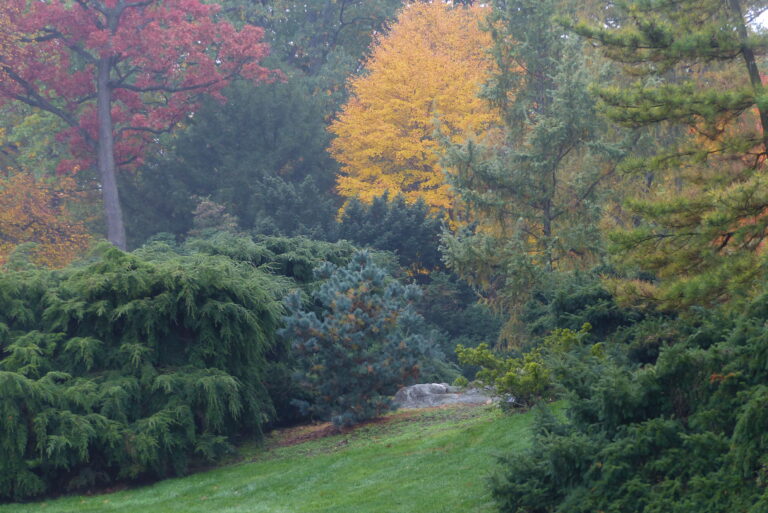 It’s cold now and we are spending more time indoors. Walks are shorter and there is little greenery to lift our spirits.

Having given much thought to the problem of how to deal with wintertime isolation, I have arrived at one particular solution that, I believe, can make this time both interesting and productive with the added benefit of non-partisan interaction with others.

The New York Botanical Garden (NYBG), located in the Bronx, is the home of the EcoFlora Project which began in 2018. At that time there were two co-chairs . The first was Brian Boom then Vice President for Conservation Strategy . Although now he is Curator Emeritus, he is still deeply involved in EcoFlora. Daniel Atha is the second dynamic force and is officially Director of Conservation Outreach. 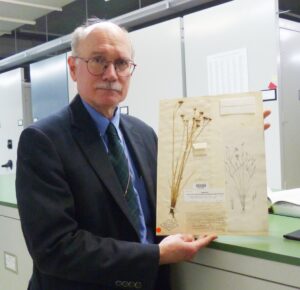 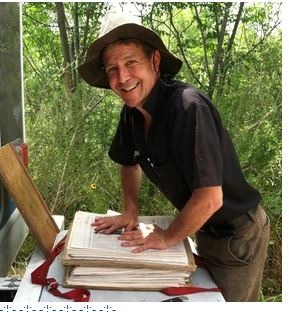 Friday, November 8, 2020, the third EcoFlora Conference subtitled “Conserving the Rare Plants of New York” was zoomed through NYBG updating those involved – whether professional botanists or citizen-scientists – as to some of the insights and accomplishments of the project. Dr. Boom moderated and reiterated the objectives : “ The project has two complimentary purposes. The first purpose can be sub-divided into two parts; to both engage New Yorkers  and while doing so  protect and preserve New York City’s native plant species. The second objective was to assemble new and original data on the City’s entire plant community by engaging the public as citizen- scientists to observe, collect ,and compile information about the city’s plants.” Without knowing what is growing within the boundaries of NYC together  with numbers and locations, there is no realistic way to preserve that part of our environment.

For purposes of those overseas, these projects can be created from anywhere on the planet.

How to Upload Data

Granted this is an enormous task but computers make vast amount of data meaningful and citizen-scientists do the data collection. Anyone can be a citizen-scientist. If a person enjoys being outdoors and is willing to look around and actually “see” and record that sighting through an app, they can become a citizen-scientist. Citizen science is becoming more common as large projects requiring large amounts of data to be inputted while professional staffs do not have the manpower. The app in question is iNaturalist, easily downloaded and easily used. There are numerous databases or projects that you can join. I am on EcoFlora. 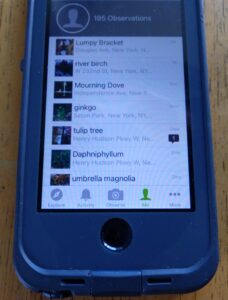 Essentially, the person takes a picture of something growing (although birds, animal and insect pictures are useful as well). If the person has no experience the app will make certain identification suggestions including name together with a clear photo and some identifying characteristics. Sometimes an identification is obvious or easily determined. If not you can share the picture anyway. It requires two other experienced  people to reach the same identification conclusion before the picture is considered “Research” grade and is then added to the database. Locations are all downloaded by GPS.

In addition, NYBG has a monthly EcoQuest Challenge . Each month during the growing season they highlight a particular plant for the citizen-scientist to concentrate on .Certainly people can continue with their regular sightings as well. In addition to highlighting a single plant, they have a complete write-up on the plant including distribution, history and a description so that by the end of a calendar year any participant will have learned a considerable amount of botany.

While EcoFlora is now in NYC and has also been instituted at four other locations – Selby Gardens in Sarasota, FL, Denver Botanic Garden in Colorado, Chicago Botanic Garden in Illinois, and Desert Botanical Garden in Phoenix, AZ – it is a big country out there. Even if you are not specifically signed up to a particular project (or a project does not yet exist for a particular location), the data will be collected by GPS location and entered for that location.

The first obvious question is,  “How will this project aid our country that is feeling in such disarray?.”

The simple answer to my question is that everyone can participate and the natural world is void of partisanship. People can even create their own project i.e.  a particular block or park or section of a walking path. People working on a joint project engenders non-controversial conversation. Something we can all use right now.

Since it is winter and plants have gone to sleep, why would anyone be interested in joining EcoFlora now?!!

3) Create a local iNaturalist group with your neighbors and children. This can be done within a single apartment house or just a particular block. 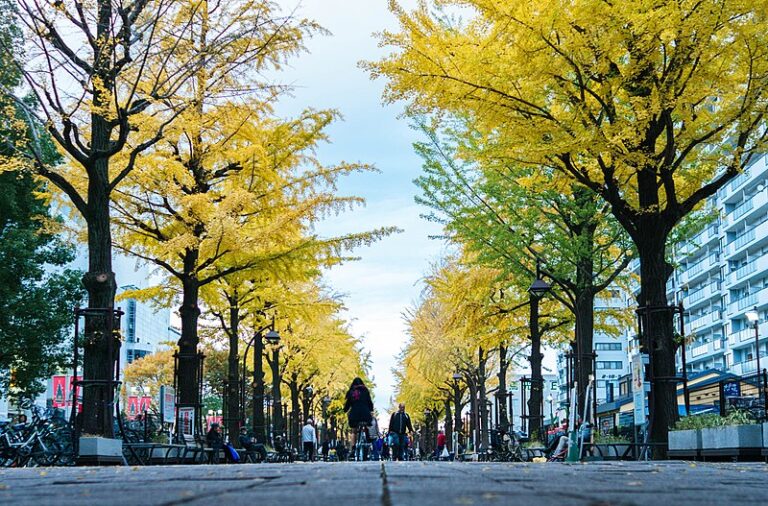 I am entranced by the Gingko tree (Gingko biloba) which used to be planted as a street tree until people got annoyed with the smelly fruit that the female tree sheds in November. Although I have been photographing them for years, I discovered that they are planted along an entire a stretch of Riverdale Ave in North Riverdale.

Look out for them and gather some of the seeds!

This fall as I was taking a photo of a redbud sapling (Cercis canadensis) an older woman came over to me. She described a wildflower that she says she’s been trying to identify for years. Immediately I thought Lady’s Thumb (Persicaria maculosa).

It’s hard to know who was happier! 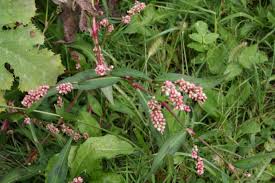 Lady’s Thumb (Persicaria maculosa) by Enrico Blassuto.
About the Author
Sura Jeselsohn has a background in science and is an avid gardener and quilter. Her weekly column, Green Scene, is published in the Riverdale Press. She has published a book, "A Habit of Seeing: Journeys in Natural Science" , available in paperback and Kindle at Amazon.com.
Related Topics
Related Posts
Comments