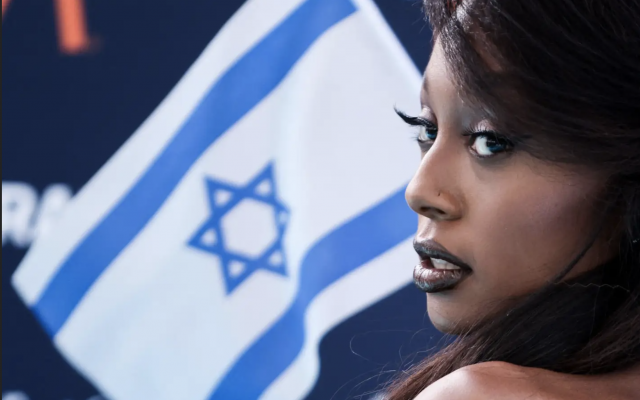 In the midst of a very difficult period for both the State of Israel and Jews around the world there is a bright light shining from Zion in the form of Eden Alene, Israeli finalist in the 2021 Eurovision Song Contest in the Netherlands.  After qualifying for the final, with her unbelievable five-octave vocal range, she proudly stood waiving our national flag with a beaming smile on her face and emotionally declared,

Eden, 21,  was born to Ethiopian-Israeli parents in Jerusalem.  She was raised by her single mother and after setting a precedent by winning both of Israel’s prime-time television talent shows, “X-Factor” and “Rising Star,” she completed her mandatory IDF service in the military band, and she sang at the Independence Day torch lighting ceremony. 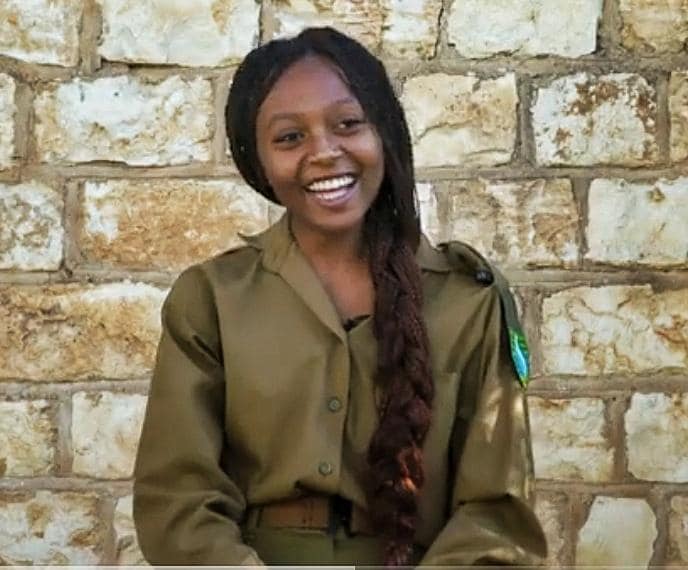 Eden is now representing our country in the Eurovision Song Contest finals.  This indeed is an, “only in Israel” moment. Eden’s background is also a pretty common one in Israel. As Eitan Chayat notes,

Here is a child of immigrants, Jewish parents for whom freedoms were restricted in their birth country of Ethiopia, embraced by society at large, nurtured to learn and encouraged to develop her talents.   At Eurovision, which delights in outlandish costuming, hair and makeup, she wears a veritable throne atop her head, proudly, because in Israel it doesn’t matter what you look or dress like; It doesn’t matter where you come from; It doesn’t matter your sexual orientation; your political views; your gender or ethnicity. It’s one of the most noble facets of Israeli democracy and it’s what makes our society great.

Eden is a patriotic Israeli and proud Zionist.   She represents the “yearning for Zion” that was such an important part of the Ethiopian Jewish tradition.  Thousands of Ethiopian Jews died trying to get to Jerusalem and Eden paid tribute to them at a moving memorial ceremony at Mt. Herzl.  Meskie Shibry Sivan, an Ethiopian Jew who arrived in Israel on “Operation Moses,” a dramatic emergency airlift in 1984 which brought 8 000 Jews to Israel, recalled,

Ever since I can remember, I wanted to immigrate to Israel. However, we had not always known that the State of Israel even existed. Just the opposite, we used to think that we were the only Jews in the world, and observed our tradition very closely. Our grandparents told us tales about the Land of Israel whenever they could, making us curious about that land and yearn for it.

As remarkable and happy as the airlifts were, many Ethiopian Jews came without the emotional, social, cultural, financial and linguistic skills necessary for an easy absorption.  It is important to acknowledge that with all of Israel’s incredible successes in many fields since its creation, there are issues that Israel is grappling with as it continues to stride in the 21st century. The problems that the Jewish State faces include topics as far ranging as: security, religion, society, environment, how to harmoniously co-exist with a minority population and immigrant absorption.  Ethiopian immigrants have especially felt the last issue, immigrant absorption.

After the dramatic rescue from certain death by Israel, which was a fine example of Zionism in action, many Ethiopian Jews still feel marginalized in society.  The ancient community has arrived home and started its last, but no less difficult journey – absorption.  Yityish (Titi) Aynaw, Israel’s first Ethiopian born Miss Israel (2013) stated that,

The joyful scenes we witnessed in Holland after Eden’s qualification to the finals remind us that it is a privilege to live in the era of a Jewish State which, with all of it challenges, is the actualization of that age old Jewish dream expressed in our liturgy of the “ingathering of exiles” from the four corners of the earth.  We live in an age of miracles and wonders, where the hope of two thousand years, “to be a free people in our land” (Hatikvah), has indeed become a reality.  We have the wonderful Eden to represent us on the world stage as an illustration of that very fact.  Despite not winning the overall competition, Eden Alene is Israel’s Eurovision hero! 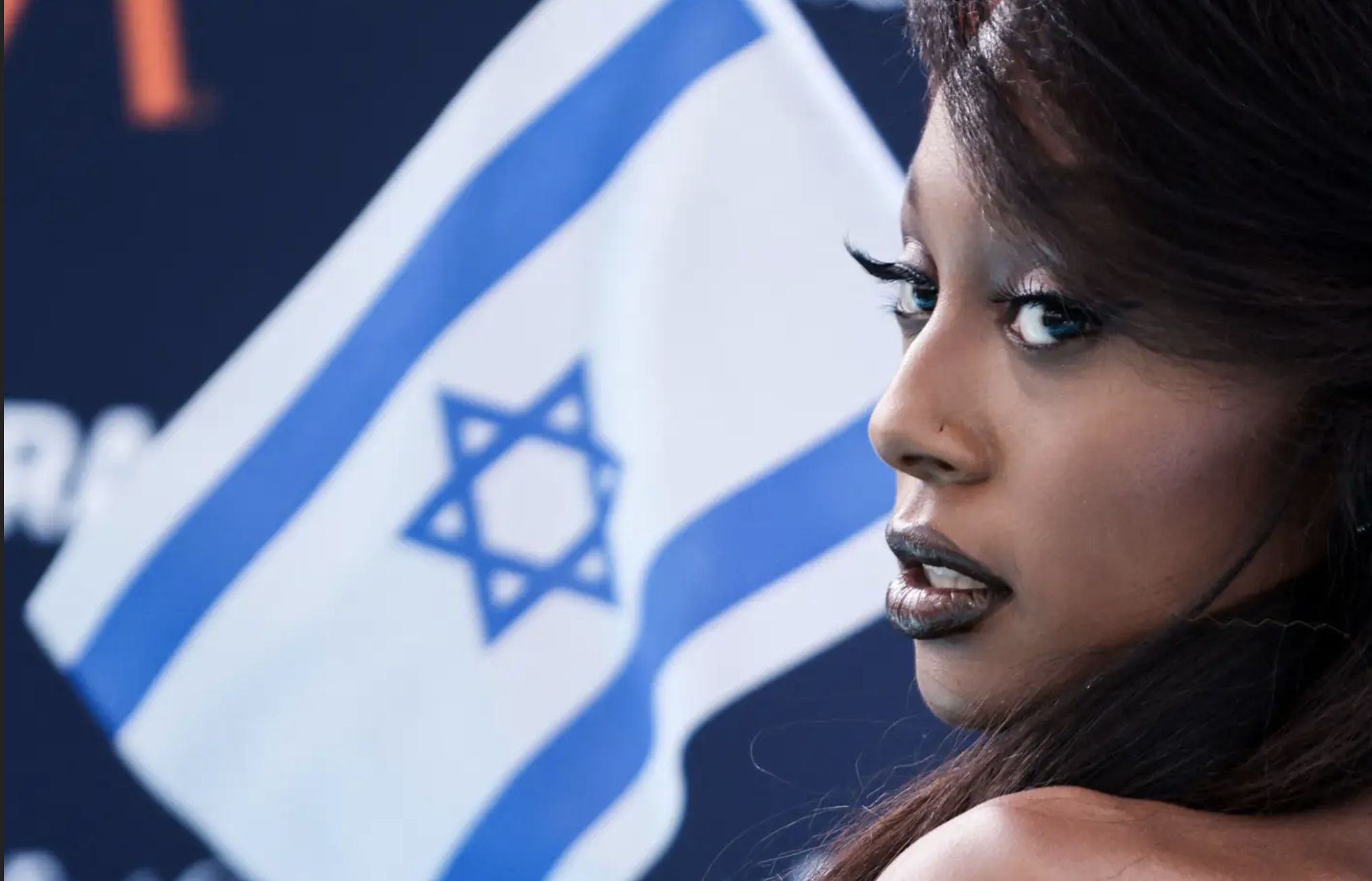 Eden Alene at the Eurovision Song Contest 2021 in the Netherlands. Photo (c) Photo Credit: KENZO TRIBOUILLARD – AFP
About the Author
Dr. Tuvia Book was born in London and raised in both the UK and South Africa. After making Aliya at the age of 17 and studying in Yeshiva he volunteered for the IDF, where he served in an elite combat unit. Upon his discharge he completed his BA at Bar-Ilan University, as well as certification in graphic design. He then served as the Information Officer at the Israeli Consulate of Philadelphia, while earning a graduate degree in Jewish Studies. Upon his return to Israel, Dr. Book graduated from a course of study with the Israeli Ministry of Tourism, and is a licensed tour guide. Tuvia has been working in the field of Jewish Education, both formal and informal, for many years. He has guided and taught Jewish students and educators from around the English-speaking world for some of Israel’s premier educational institutions and programs. Tuvia has been guiding groups for Birthright Israel since its inception and, in addition, has lectured throughout North America, Australia, Europe and South Africa. Tuvia served as a Shaliach (emissary) for the Jewish Agency for Israel as the Director of Israel and Zionist Education at the Board of Jewish Education of Greater New York (Jewish Education Project). He was a lecturer/educational guide at the Alexander Muss Institute for Israel Education (AMIIE) in Israel for a decade. Tuvia has lectured at both Bar Ilan University and Hebrew University. He is a Senior Editor and Teaching Fellow at the Tikvah Fund. Tuvia is the author and illustrator the internationally acclaimed Israel education curriculum; "For the Sake of Zion; A Curriculum of Israel Studies" (Fifth edition, Koren 2017), and "Moral Dilemmas of the Modern Israeli Soldier" (Rama, 2011) and has a doctorate in Israel Education. His latest book, "Jewish Journeys, The Second Temple Period to the Bar Kokhba Revolt – 536 BCE-136 CE," will be published by Koren this year.
Related Topics
Related Posts
Comments