Dr Edy Cohen is a busy man. He works for Bar-Ilan University as a Research Fellow in international politics, and he writes and speaks at various media outlets in Israel (such as Jerusalem Post and Israel Hayom) and the Arab world. He is also involved in various projects, such as the Shoah Memorial in Paris.

Edy Cohen, however, was not born in Israel. He is a refugee from Lebanon, and his story belies the claim often made by anti-Zionists that Jewish Arabs left for Israel willingly. Unlike many other refugees, he is not waiting for handouts or international sympathy. He has made a life for himself in Israel while he continues to advocate for Jewish refugees from Arab lands.

Cohen wrote that, “Some 900,000 Jews from Arab countries have left their homelands since 1948. The property they left behind is estimated at $30 billion, including the buildings in dozens of Jewish communities in Arab countries: magnificent synagogues, factories and private property that was expropriated and confiscated”. (Note that Cohen now estimates those assets at $400 billion.)

Cohen has written several articles about Palestinian President Mahmood Abbas, whom he accuses of being an unrepentant Holocaust denier. As Cohen wrote, “in one of his interviews, the PA president claimed he still had 70 books on the links between the Nazis and the Zionists that he had not yet published, a remark that suggests the persistence of his conspiratorial thinking”.

The most remarkable thing about Edy Cohen, however, may be his ability to talk about Jews and Israel to the Arab world and to talk about Arabs to Israelis. Cohen, who lives in Israel and speaks fluent Hebrew, also speaks fluent Arabic. Cohen, who studied in a French Christian school in Lebanon (which coincidentally happens to be the school where I studied about a decade earlier), is also fluent in French and has a working knowledge of English.

He has dedicated his life to understanding and to explaining various aspects of the Israel-Arab divide, including: The decimation of Arab Jewry, Jewish refugees from the Arab world, Arab denial of the Holocaust, collaboration between Arabs and Nazis, and current events.

Cohen has appeared on Arabic language shows in Israel and Europe as well as in Iran and the Arab world, including the popular Al Jazeera political debate show “The Opposite Direction”. Several of his interviews in Arabic language can be found on YouTube.

In the Arabic-speaking world, where news about Israel typically diverge greatly from reality, it is rare to find a voice such as Edy Cohen’s, an Arab voice that presents an unfiltered view of Israel.

I was curious to know more about Cohen, his motivations, and the reason why he left Lebanon, so I conducted a short interview with him. It turns out that Edy Cohen’s life is even more poignant that I thought.

Fred: Edy, could you tell me about your life in Lebanon? To begin with, what year were you born?

Edy: I ​​was born in 1972, two years before the start of the civil war. I was part of what was a tiny Jewish community in Lebanon.

Fred: What family did you have in Lebanon?

Edy: There were three generations of our family who lived in Lebanon. My father was an accountant.

Fred: Which region of Lebanon did you live in?

Edy: We lived Wadi Abu Jamil which was considered the Jewish quarter of Beirut. My parents never wanted to leave Lebanon. We loved our country very much.

Fred: What was your relationship with your colleagues at school and with your neighbors? Did they know that you are Jewish?

Edy: I ​​attended the primary school La Sagesse, a Christian school. At school I had Christian and Muslim friends. Everyone knew that I was Jewish. The Christians accused me of having killed Jesus Christ, and the Muslims accused me of stealing Palestine, but we were still friends. Unfortunately, when Hezbollah became powerful in the early 1980’s, the situation changed. In the street, passers-by who recognized me shouted, “here is the Jew”, and sometimes during the night people threw stones at our windows. Beside our house, they wrote “Death to the Jews” and “Israel the Little Satan and USA the Great Satan”.

Fred: When did you leave Lebanon?

Edy: Towards the end of 1985, Hezbollah kidnapped eleven Lebanese Jews. Hezbollah wanted to exchange them for prisoners detained in Israel, but Israel refused. After Israel’s refusal, Hezbollah killed all the hostages. One of the murdered hostages was my father, Haim Cohen Halala. He was 39 years old. I was almost 14 years old. After that, what remained of the family left Lebanon for Israel. I left when I was almost 20, in 1991.

Fred: What is your memory of your father?

Edy: My father believed in coexistence between Arabs and Jews, and he stayed in Lebanon despite having several possibilities to emigrate. He told me that we Jews from Lebanon should never leave Lebanon, but unfortunately he was wrong. Hezbollah kidnapped him other Jews and murdered them, which ended the presence of the Jewish community in Lebanon.

Fred: What is your profession and family life in Israel? Are you happy with your new country?

Edy: I am a researcher and political analyst, and I am sort of an unofficial spokesperson for Israel to the Arabs. I often speak in the Arab and international media. I try to be the voice of Israel in Arabic. I have a good life in Israel but I miss Lebanon greatly.

Fred: Will you live in Lebanon again?

Edy: We Jews from Lebanon would like to return to Lebanon, at least to visit, but if I return now I would be jailed because I lived in Israel. But Lebanese Jews are not the only Lebanese people living in Israel. Many Lebanese Christians who were in Antoine Lahad’s camp live in Israel, and they cannot return to Lebanon either.

Fred: Do you think that the situation between Lebanon and Israel could improve?

Edy: When I was sixteen, I participated in the demonstrations for Michel Aoun because I had hope that he could make Lebanon peaceful, but now that he is president, he is pro-Hezbullah and he demonizes Israel. I do not think that the situation will improve in the next few years. I hope that one day I could serve as a link between the Israelis and the Lebanese. Here in Israel we want peace with our neighbors. In May 1983, Lebanon signed a peace treaty with Israel, but because of the influence of Syria and Iran, Lebanon canceled the agreement. However, I still have hope for peace. I think that it will happen one day, and I think that I will be able to return to Lebanon, a Lebanon at peace with itself and with Israel. You cannot forget the country where you were born and where you lived the first twenty years of your life.

A recent picture of Edy Cohen in Israel: 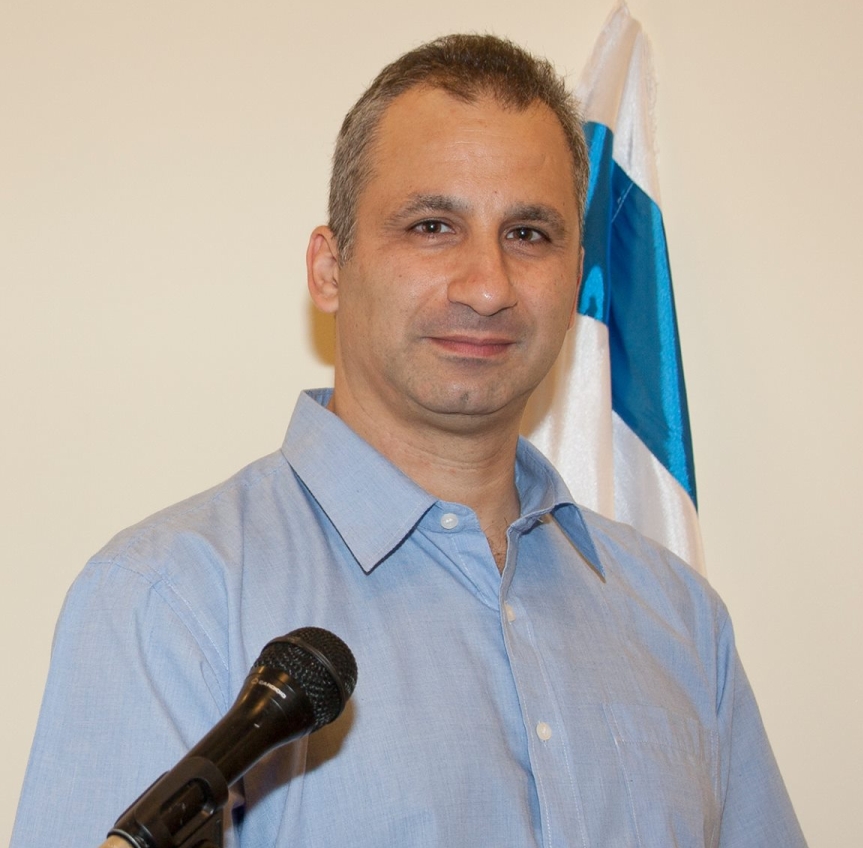 Edy Cohen’s parents in Lebanon with family on the evening of their engagement: 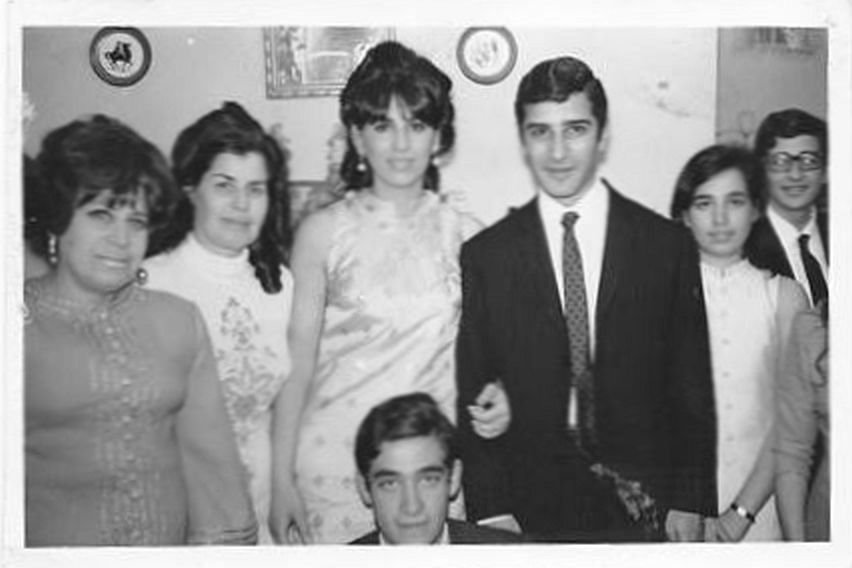 Edy Cohen as a teenager (at the center in white pants) in Lebanon with his friends: 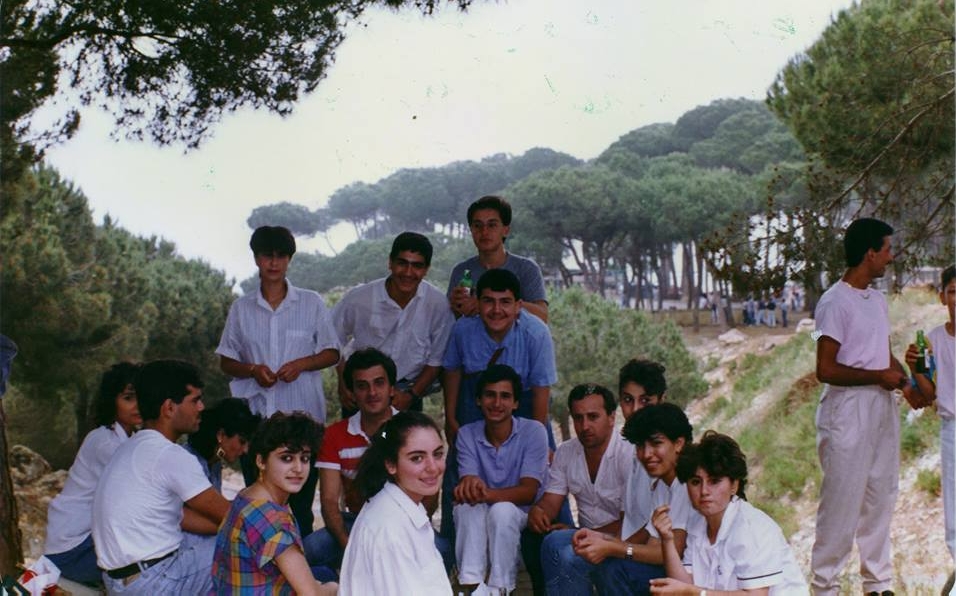 A young Edy Cohen (on the right) in Lebanon with his older brother: 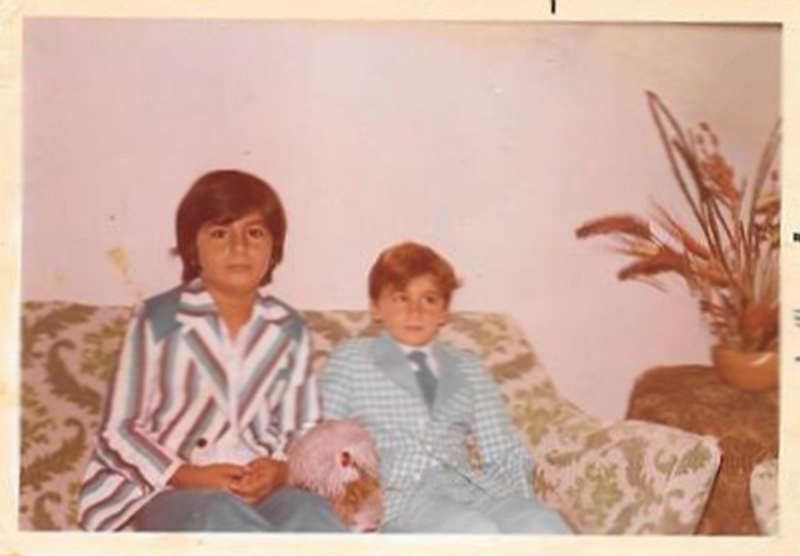 Note: All pictures provided by Edy Cohen and published with his permission.